Qualcomm today announced the Snapdragon 710 SoC. Not only is this the latest addition to the 700-series, but it is the first member of the 700-series to be announced following the initial 700 announcement which came through during this year’s MWC event in Barcelona. In terms of availability it is still not totally clear when the Snapdragon 710 will show up in a device, although Qualcomm has confirmed it is already sampling the SoC out to manufacturers along with the expectation 710-powered devices are set to arrive during Q2, 2018.

When Qualcomm first unveiled the 700-series it did so with the suggestion the family of processors will adopt a ‘800-series lite’ market position. In other words, the 700 series looks to bring a number of the features more commonly associated with the 800-series to smartphones that are not quite top-tier or flagship level – smartphones that are not powered by the likes of the Snapdragon 845. This is a statement reiterated today with Qualcomm once again making it clear the Snapdragon 710 is as good as it gets from Qualcomm outside of its flagship 800 products. The Snapdragon 710 is a octa-core processor built on a 10nm process and is broken down to include two performance cores which clock up to 2.2 GHz, along with six efficiency cores, at 1.7 GHz. When compared to the Snapdragon 660, Qualcomm claims a 20-percent increase in overall uplift, as well as a 25-percent increase in web browsing speed and a 15-percent increase in app launching time. This is while also providing a more efficient system overall, including a 40-percent power reduction when playing 4K video, a 40-percent power reduction when gaming, and a 20-percent power reduction when streaming video.

As a result of these gains, the main areas the Snapdragon 710 looks to excel in is artificial intelligence (AI), battery, camera, connectivity, multimedia, as well as performance in general. Although in terms of its topical selling points AI is certainly the one worth noting with Qualcomm positioning the 710 as a “full AI”-ready SoC citing a 2x improvement in AI performance — again when compared to the Snapdragon 660 SoC — as well as support for many of the related frameworks including TensorFlow and TensorFlow Lite. Therefore Qualcomm is looking to position the Snapdragon 710 as a go-to AI option for any upcoming smartphones that would like to reap the benefits of AI without having to factor in the previously associated cost. Behind the scenes the 710 draws on a number of Qualcomm staples to ensure the rest of its ‘areas of expertise’ are as good as can be. These include the Snapdragon X15 LTE for better connectivity, the Spectra 250 ISP (which transcends a number of areas including battery, camera, and performance), and the Adreno 616 for an up to 35-percentage improvement in graphic processing. In addition to a wealth of other Qualcomm-specific benefits, such as support for Aqstic Voice UI, aptX, Quick Charge 4+, and more. 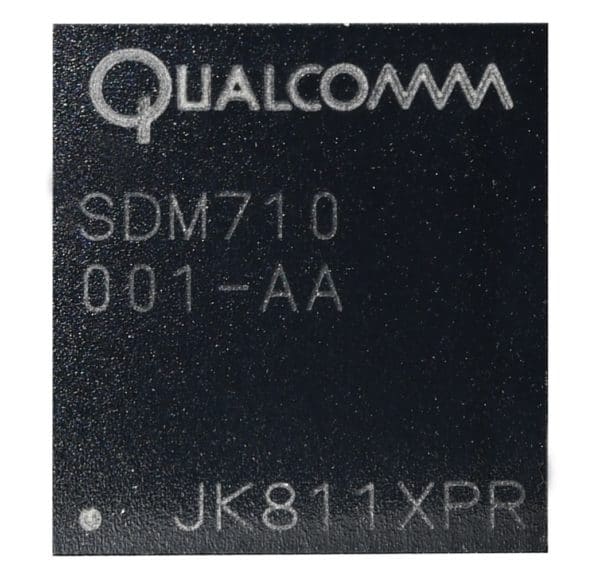