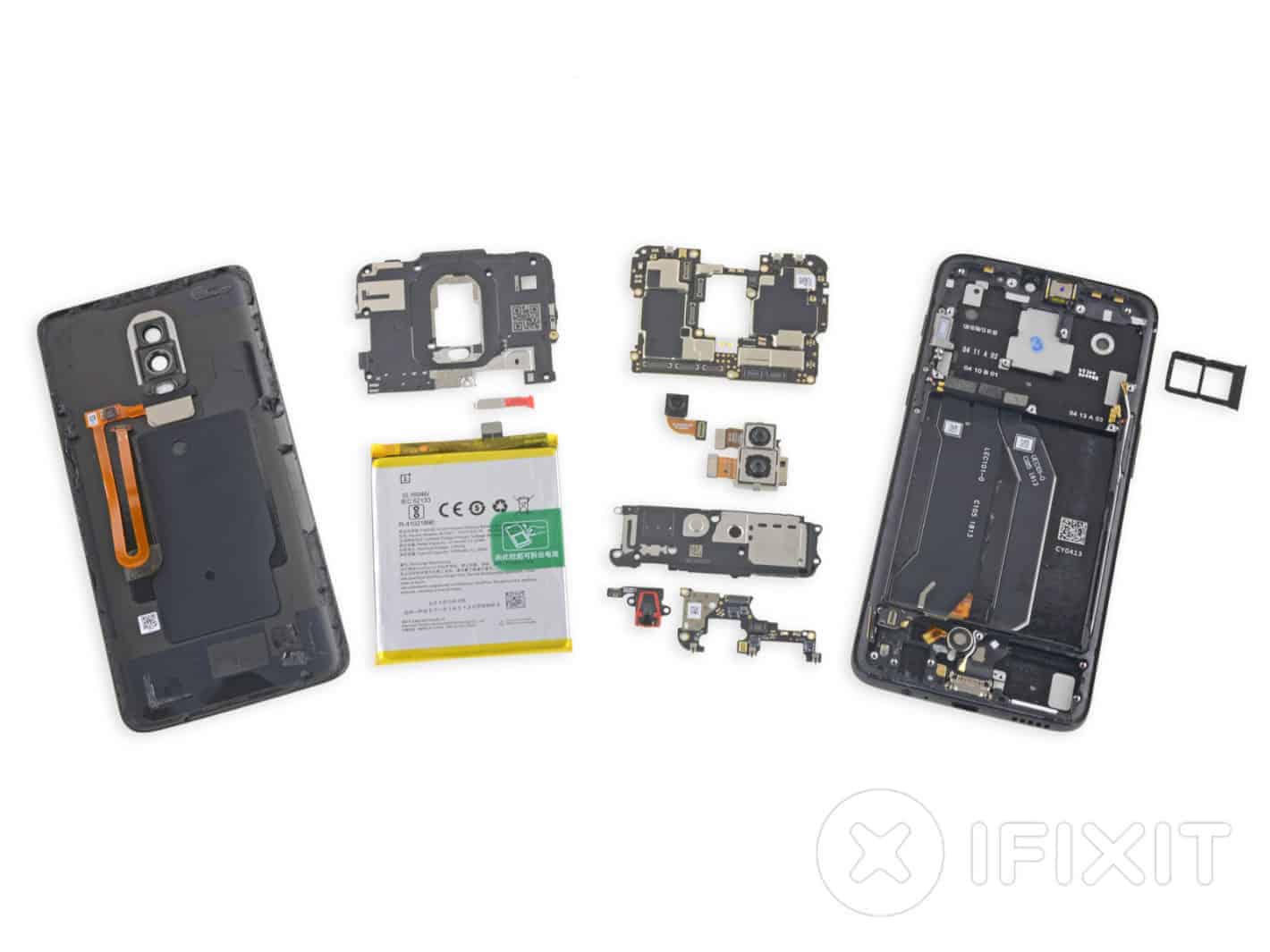 The website iFixit has recently released a teardown of the OnePlus 6, and it shows that there are portions of the device that could be easily replaced by the user. The website awarded the OnePlus 6 with a repairability score of five out of ten, which is lower than the repairability score of seven that the OnePlus 5 managed to obtain. One of the reasons behind the lower repairability score is the glass rear panel of the handset, which makes it significantly harder to access the internal components of the device. The glass back also increases the risk of cracks. To open the device, users will have to first heat up the rear panel of the smartphone to soften the adhesive and then use an opening pick to slowly remove the glass back of the device. Users are also advised to exercise care while removing the rear panel to prevent damaging the delicate ribbon cable that connects the fingerprint sensor with the rest of the smartphone.

However, the publication noted that once the device is opened, a number of individual components can be removed and replaced by the user. Among the modular components of the device include the 3.5mm headphone jack and the three camera sensors. Furthermore, the publication also mentioned that the device's battery can be easily detached from the rest of the handset by simply using the pull tab attached to the right side of the battery, and the publication also praised the manufacturer’s decision to only use Philips #00 screws to assemble the device. However, the display of the OnePlus 6 is not as easily removable as the rest of the handset's components since it is firmly glued to the device's chassis.

It was also discovered that there are silicone seals that surround the motherboard's cable sockets and gaskets that surround the speaker grill, the headphone jack and the USB Type-C port, which, according to iFixit, should help protect the device against water damage. The Chinese device maker has already noted that its latest flagship offering features water resistance, although the OnePlus 6 lacks an IP rating, which would have been useful in determining the degree of water resistance offered by the smartphone.