Ahead of its grand debut on May 16, the OnePlus 6 Android flagship has appeared on Geekbench, sporting the model number A6003. According to the listing, the newly sighted variant will be fueled by an octa-core Qualcomm Snapdragon 845 chipset whose energy-efficient cluster is clocked at 1.77GHz and will have 8GB of RAM, something that has already been confirmed by the company. It is expected to come pre-loaded with Android 8.1 Oreo, i.e. the latest version of OxygenOS. The OnePlus (A6003) scored 2,402 points in its single-core test and 8,931 points in the multi-core one, both of which are in the proximity of what other flagship smartphones with the same processor are rated at. The Chinese smartphone vendor will also reportedly make its 2018 flagship available with 6GB of RAM and 64GB of storage, whereas the newly benchmarked variant is believed to have at least 128GB of flash memory.

OnePlus will officially introduce its next Android smartphone on May 16 at an event in London, followed by China and India a day later. The company has planned some major changes for the upcoming handset, including a design overhaul with the inclusion of a notched display and a glass back. The alert slider found on most OnePlus smartphones will switch sides, and the two rear cameras will now be vertically aligned while being placed in the center of the back plate, as per some recently leaked information. The highly anticipated smartphone is also expected to feature a ‘super slo-mo’ camera mode and a heart rate monitor. OnePlus and Amazon India have partnered to make the smartphone available on May 21 exclusively for the latter’s Prime members. The smartphone maker will also be launching quite a few pop-up stores in major cities across the world where interested buyers will be able to purchase the device momentarily after its announcement.

TENAA recently certified the OnePlus 6, having suggested the device has a 6.28-inch AMOLED display with an FHD+ resolution and a 3,300mAh battery. The variant listed by the certification agency had 6GB of RAM and 64GB of internal storage, though OnePlus did confirm to launch a model with 8GB of RAM and 256GB of storage as well. Dash Charge support will be part of the package, with TENAA also suggesting the handset will include a dual-camera setup with 16-megapixel and 20-megapixel imaging sensors. 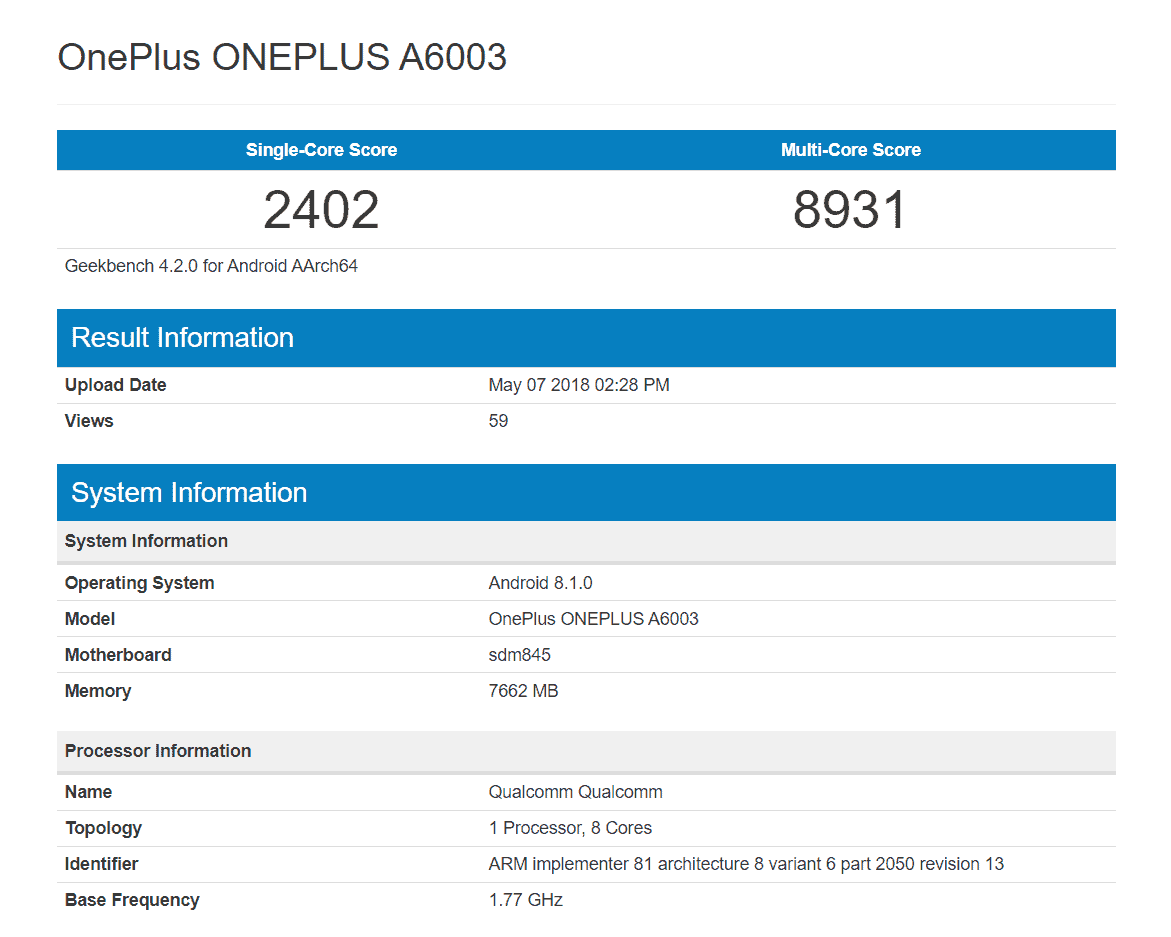