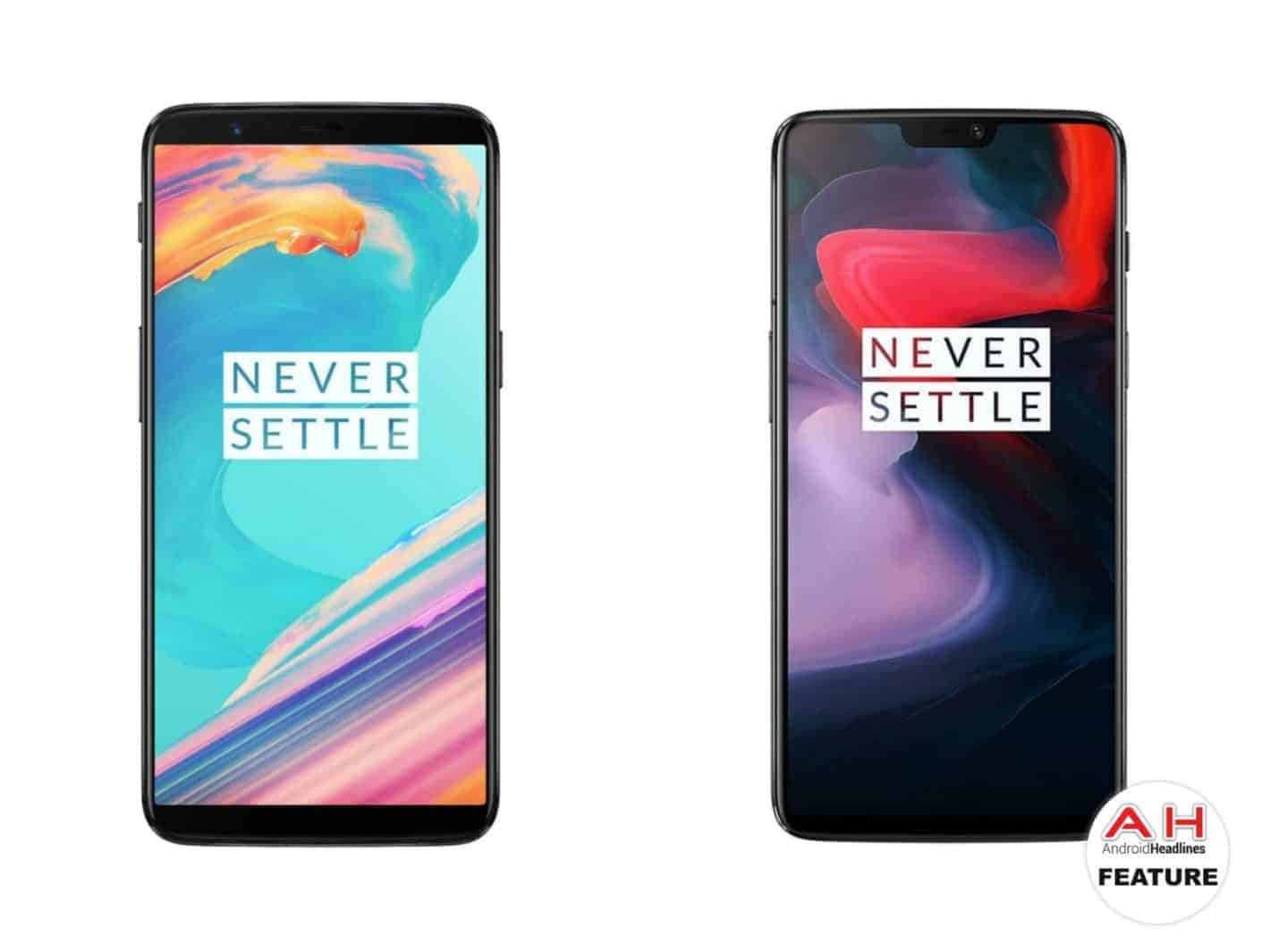 The OnePlus 6 was introduced by the company quite recently, approximately 6 months after the OnePlus 5T arrived. So many of you are probably wondering whether you should upgrade to the OnePlus 6, or wait for the OnePlus 6T, perhaps, which is expected to arrive in Q4 this year, though nothing has been confirmed just yet, of course. In any case, the OnePlus 6 is considerably different than the OnePlus 5T when it comes to design, while the two phones do share some internals, though, and even though the OnePlus 6 is a better phone overall, as it should be, the OnePlus 5T still packs quite a bit of punch, so let’s compare them and try to figure out whether it’s worth upgrading or not.

Now, the most obvious difference between these two phones comes to their designs, the OnePlus 5T sports a metal unibody build, while the OnePlus 6 is made out of metal and glass. There are other variants of the OnePlus 5T available as well, like the white option, which gives you a sandstone-like finish on the back, but we’ll focus on a regular build here. Both the OnePlus 5T and 6 are quite slippery, though based on initial reactions, the OnePlus 6 seems to be a tad less slippery than its predecessor, due to the coating that OnePlus applied on all three OnePlus 6 variants. Both devices sport roughly the same footprint, despite the fact that the OnePlus 6 comes with a noticeably larger display (6.01-inch compared to a 6.28-inch panel). Now, there’s a tradeoff here, that you should consider, and that is the infamous notch which is present on the OnePlus 6, and is nowhere to be found on the OnePlus 5T. Granted, OnePlus does allow you to hide the notch via software, and that may be a useful feature for you, as OnePlus is using an OLED panel, so black bars on each side of that notch will blend nicely with the notch itself, but that doesn’t change the fact that the notch is there. So, it’s up to you, if you think that a higher screen-to-body ratio and more display in the same body is for you, despite the notch, well… you may want to consider trading up based on the design alone.

As far as software is concerned, OxygenOS build on the OnePlus 6 seems to the last OxygenOS build for the OnePlus 5T, both are based on Android 8.1 Oreo, and both are quite clean, without bloat or anything of the sort, which was OnePlus’ philosophy since the company launched OxygenOS. You can use either navigation keys or navigation gestures, the software itself looks like stock Android, even though OnePlus did add some useful features on the inside, and so on. The OnePlus 6, much like the OnePlus 5T, does not offer wireless charging, despite the fact its back is made out of glass, while the phone also does not come with an official IP rating, though it won’t be harmed if you take it out in the rain or something of the sort, which was more or less the case with the OnePlus 5T as well, so there you have it. A single bottom-firing loudspeaker is available on the OnePlus 6, same as on the OnePlus 5T, while a 3.5mm headphone jack is still here, in case you were wondering.

So, all in all, what do you get if you trade up from the OnePlus 5T to the OnePlus 6? Well, you do get a notch, a higher screen-to-body ratio, larger display in the same footprint, smaller fingerprint scanner, and a different design overall. On top of that, the OnePlus 6 will offer better performance thanks to the sheer power of the Snapdragon 845, though the OnePlus 5T is still incredibly fast, so that may not be a factor for you. The OnePlus 6 is an evolution of the OnePlus 5T, it’s not a huge revamp, and the company did not include any must-have features in a device, so you may be better off waiting for the OnePlus 6T later in the year. That’s up to you, though, if you want a larger display, glass back, and a more powerful phone overall, which will probably shoot better pictures, well, you can purchase the OnePlus 6 soon, as it will go on sale on May 22, and its pricing starts at $529 / €519.