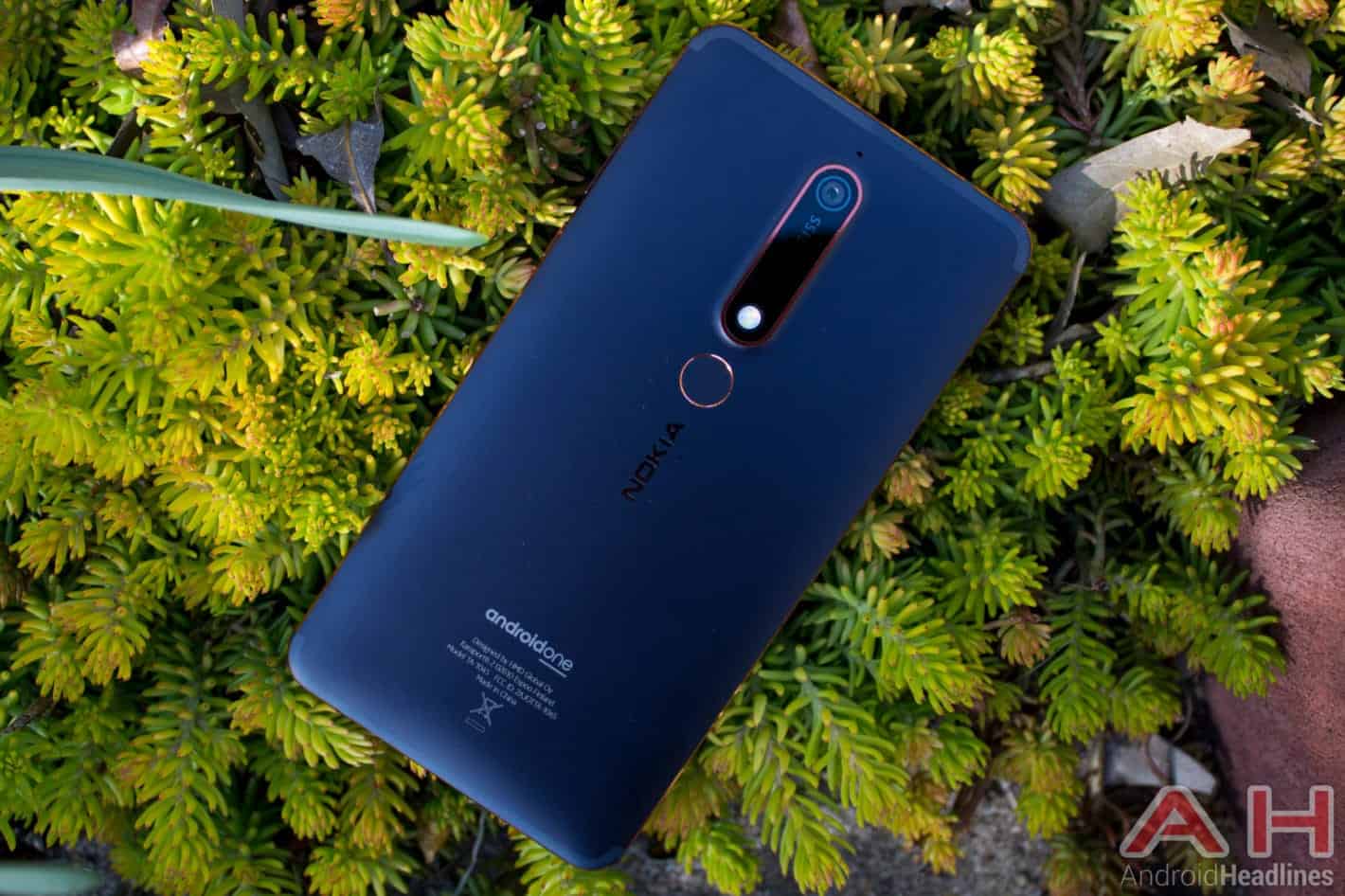 Meet the Nokia 6.1 with new software and a strong focus on mobile photography

In spite of only being released last year, the Nokia 6 is already firmly positioning itself as another iconic Nokia-branded phone. While it does not boast the latest or greatest in specs and is not a premium phone per se, it was the first Nokia smartphone to come running on Android. Since then, HMD has released a number of other Nokia Android phones designed to cater to different demographics and has also released a number of different variants of the Nokia 6. Making it not only the first Nokia Android phone, but by all accounts, the most varied Nokia Android phone to date. Not only has it gone through separate launches around the world following its initial China-only debut, but HMD also released an updated 2018-branded version of the device this January. Now, the Nokia 6.1 is here, marking the very latest addition to the Nokia 6 family.

As this is a .1 smartphone, it is not really designed to change the game in any meaningful respect compared to the Nokia 6. Instead, the Nokia 6.1 builds on the design and success of the previous model to offer consumers newer software through the inclusion of Android One and some incremental upgrades while retaining a strong focus on mobile photography, as well as being a well-rounded offering in overall. What may be of more importance to interested customers, however, is these improvements and refined design are not necessarily coming with a price increase as the Nokia 6.1 is going to be positioned as a highly affordable smartphone. Meaning those interested in picking up a smartphone from a resurging Nokia brand will now have the option to do so while also getting more value for the money than ever before. Yes, the Nokia 6.1 is not reinventing the smartphone market, but it is the latest addition that offers a ton of features, a sleek design, and an up-to-date version of Android that's promising to stay that way over the next few years.

The Nokia 6.1 has an almost identical spec sheet as the Nokia 6 (2018), as this is effectively a rebranded Nokia 6 (2018) for the US market, though it is a hair thicker than the Nokia 6 (2018). The device features a 5.5-inch fullHD (1920 x 1080, 401 ppi) IPS LCD display, with Corning Gorilla Glass 3 on top. The Nokia 6.1 is fueled by the Snapdragon 630 64-bit octa-core processor by Qualcomm, which is the company's mid-range SoC and clocked at 2.2GHz. Accompanying the Snapdragon 630 is an Adreno 508 GPU for graphics processing. The Nokia 6.1 comes with 3GB of RAM and 32GB of storage (expandable up to 256GB via a microSD card). A 3,000mAh battery is also included in the package although the company has yet to confirm the inclusion of any advanced charging features.

A 16-megapixel camera (1.0um pixel size, f/2.0 aperture, PDAF) is included on the back, along with an LED flash, while an 8-megapixel camera (f/2.0 aperture, 1.12um pixel size) sits on the front. The Nokia 6.1 does come with a 3.5mm headphone jack, and also features a USB Type-C port on the bottom (USB 2.0). The device also includes two SIM card slots (2x nano SIM) although the second SIM card slot also doubles as the microSD card slot. Bluetooth 5.0 is also in effect with the Nokia 6.1, along with NFC. Android 8.1 (Oreo) comes pre-installed on the Nokia 6.1, and considering this smartphone is a part of Google's Android One project, it comes with a stock implementation of Android. The Nokia 6.1 measures 148.8 x 75.8 x 8.6mm and weighs 172 grams

Design-wise, Nokia has not changed a whole lot here. It is the Nokia 6.1, after all, so this is more of a refinement of the Nokia 6 than a whole new device with a completely different look. That said Nokia did make at least a couple of changes that are visible to the user and aren't just aesthetic changes that will affect the look, as they are also functional changes affecting the way people use the phone, even if it is only in minor ways.

One of those changes is with the fingerprint sensor, which is now located on the back of the phone sitting directly underneath the rear-facing camera module. The sensor is also round this time so it fits in more neatly with the overall curvature of the camera module – as it's rounded at the top and bottom. This is compared to the sensor being placed on the front on the Nokia 6 and having more of a rectangle shape with rounded edges. Moving the fingerprint sensor has allowed Nokia to deliver just a little bit more room for the display along the top edge. While the bezel is only slightly smaller than last year's device, it is smaller and that allow for a little more screen real estate for users to interact with.

The removal of the fingerprint sensor on the front has also come with the complete removal of any buttons on the front, as the navigation buttons are gone as well. Other design changes include the longer module for the rear camera and LED flash, as well as the accent color of the device which now carries a copper color around the chamfered edges of the rear camera module and the phone's frame. 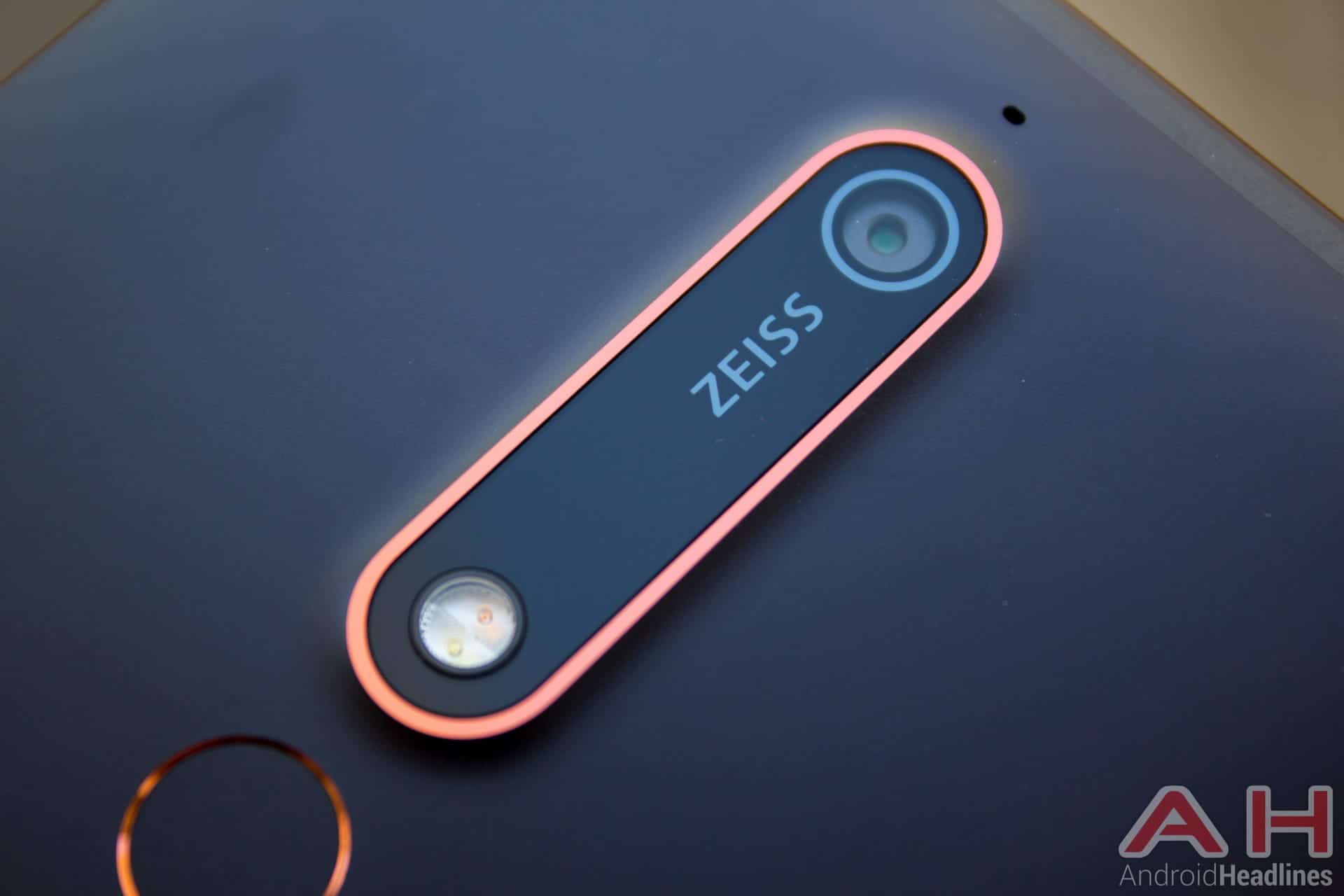 The Nokia 6.1 is yet another device from HMD Global that ships with a camera setup devised by German optics company Carl Zeiss, with the smartphone boasting a 16-megapixel sensor mounted behind an f/2.0 lens on its rear panel and an 8-megapixel unit on its top bezel. The main single-lens imaging system is accompanied by a dual-LED (dual-tone) flash unit and features 4K video capture support, whereas the "Bothies" functionality first introduced with the Nokia 8 last summer is still part of the package, albeit advertised as a somewhat more self-explanatory "Dual-Sight" mode. Activating that feature starts capturing video through both cameras simultaneously and hence delivers unconventional content, with the Finnish company claiming its solution is the perfect tool for unique storytelling. Besides video clips, the same functionality can also be used for capturing still photographs that HMD's software will automatically blend together. When used for capturing video, the technology also utilizes OZO spatial audio recording via the two integrated microphones of the Nokia 6.1 with the goal of ultimately delivering highly immersive content.

The front camera of the Nokia 6.1 has a wide-angle lens so as to make capturing group shots easier while also making the most of poor lighting conditions. It also comes with some basic image filters and should generally do as good of a selfie job as any other product in this price segment, save for perhaps select OPPO models which aren't available for purchase in the West and don't work with U.S. 4G LTE bands. The Dual-Sight mode is still advertised as the main selling point of the Nokia 6.1, especially since it boasts support for YouTube Live and Facebook Live, with HMD thus pitching its latest smartphone to content creators looking for a reliable Android smartphone they can use for broadcasting. Given how the Nokia 6.1 is launching as part of Google's Android One program, it comes with free unlimited Google Photos cloud storage which guarantees to save any volume of images and clips you capture with your smartphone with minimal compression.

Coming with a 3,000 mAh capacity battery the Nokia 6.1 remains at the same capacity as the Nokia 6 – released last year. However, it does come with Android Oreo out of the box which includes some changes to the software designed to improve the battery life. In this case, the notable battery usage difference between this phone and the Nokia 6.

Nokia has developed the Nokia 6.1 so that it can charge up to 50-percent in just 30 minutes so even if you happen to use the device enough that it drains faster than you would have expected, you'll be able to juice the battery back up in around an hour. The Nokia 6.1 also uses USB Type-C which also assists in the faster charge delivery speeds.

Nokia has included a fingerprint sensor on the back of the 6.1, which is different from the original Nokia 6 released in 2017, where it was placed on the front below the display. However, the Nokia 6 (2018) that debuted at Mobile World Congress back in February, did sport the sensor on the back. The fingerprint sensor here is just as fast as you would expect from Nokia, and it can be used for unlocking your device, as well as authentication in supporting apps. Nokia has not included any facial recognition features here, resigning owners to the fingerprint sensor as the main form of unlocking on the Nokia 6.1. This is not a big surprise, however, considering this is a mid-range device and more advanced biometric features are typically reserved for higher-end devices.

The Nokia 6.1 will be available through Amazon and B&H Photo in the US, with a price of $269. It is actually up for pre-order now. The Nokia 6.1 (2018) will be available as an unlocked smartphone, and not through carriers directly. It does support GSM networks, so T-Mobile and AT&T customers can pick one up and use it without issue. Unlike those who currently make use of Verizon or Sprint networks.