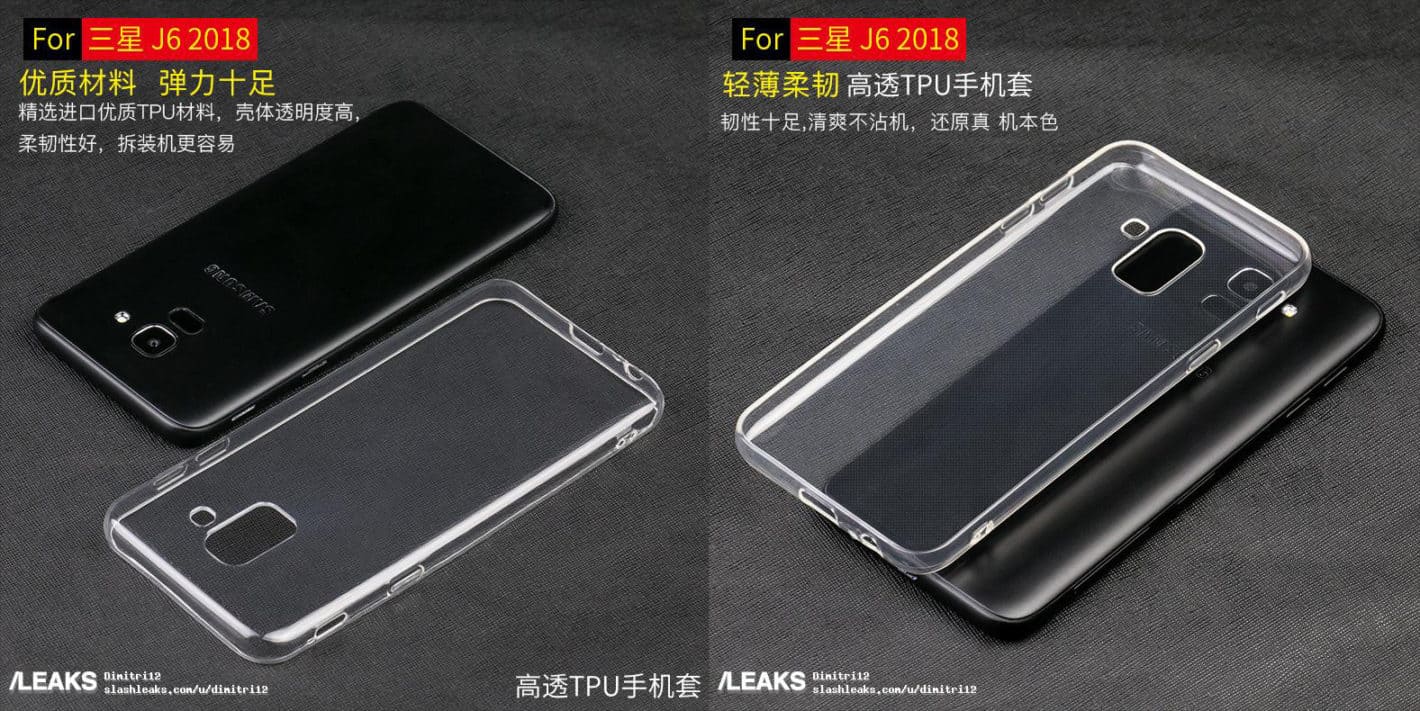 Several new photographs depicting what's said to be Samsung's upcoming Galaxy J6 (2018) smartphone appeared online earlier this week, having been authored by Chinese protective case manufacturer TPU. The images that can be seen above represent the latest development in the rumor mill that's been going strong for months now, with the Android-powered device previously receiving certification from the United States Federal Communications Commission and several other telecom regulators around the world, in addition to passing through a number of mobile benchmarks.

According to previous reports, the Galaxy J6 (2018) will compete in the lower mid-range segment of the smartphone market, featuring Samsung's own Exynos 7870 system-on-chip clocked at 1.59GHz, 2GB of RAM, and 32GB of flash memory expandable via a microSD card slot by up to 256GB. The handset is expected to be yet another Samsung-made offering with an Infinity Display, which is how the company refers to its elongated Super AMOLED panels with an aspect ratio of 18.5:9. The Galaxy J6 (2018) is likely to ship with the tech giant's proprietary implementation of Android 8.0 Oreo advertised as Samsung Experience 9.0, as per several recent benchmark listings.

The newly emerged images also appear to be pointing to a physical Bixby button being part of the package, albeit positioned on the right side of the device instead of being mounted beneath its volume keys on the left edge, as is the case with all of Samsung's Android flagships released since early 2017. The handset will have a single main camera installed above a rear-mounted fingerprint reader that's visually similar to the one found on the Galaxy S9 and Galaxy S9 Plus, the same source indicates. The Galaxy J6 (2018) is believed to be carrying the model number SM-J600 and is likely to be officially announced by early summer before being released on a global level. While Samsung is expected to primarily target it at developing countries, the majority of its recent Galaxy J-series offerings were also commercialized in the United States through various carriers, albeit they were often rebranded, i.e. used different names than those attached to their international variants.