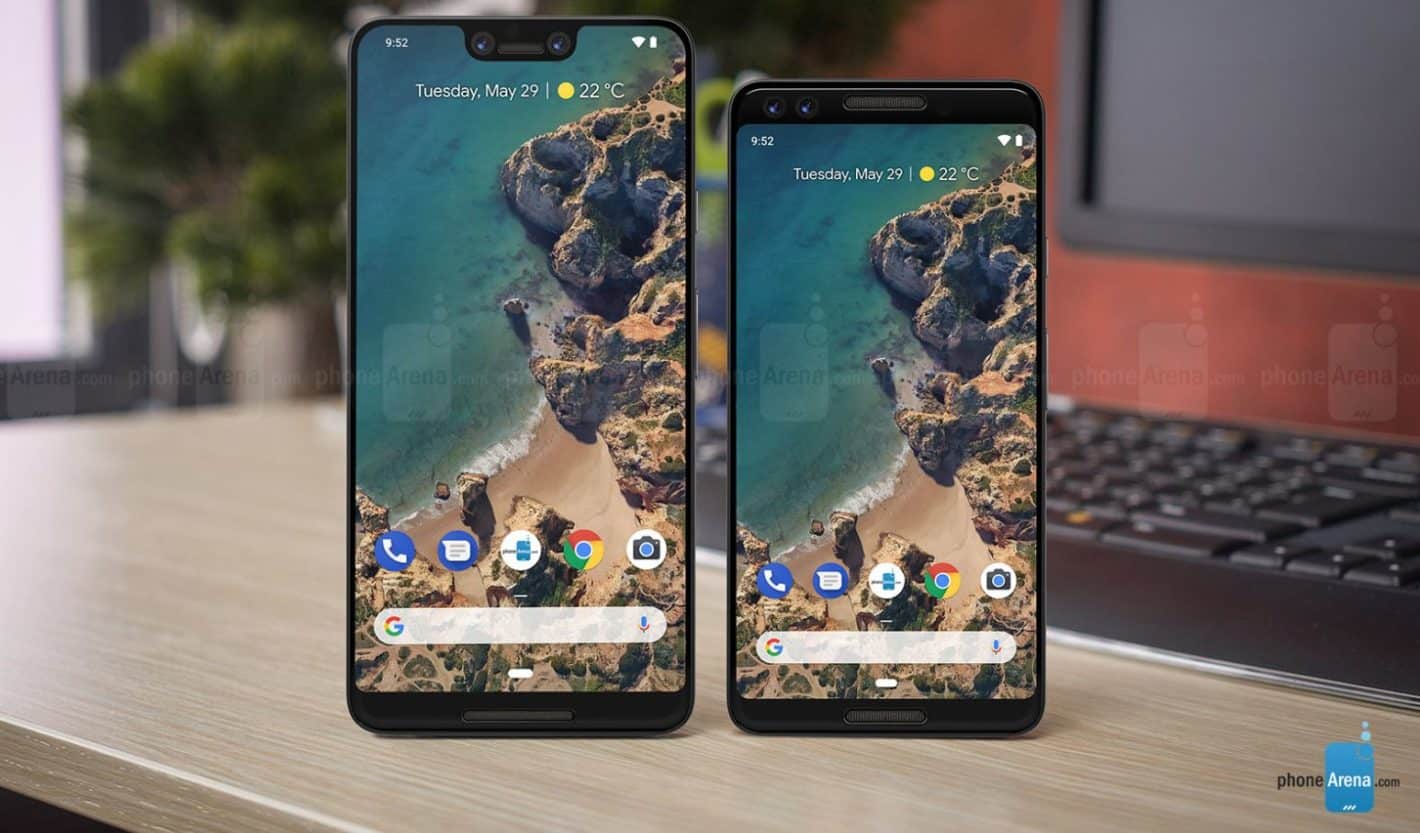 A concept render envisioning how Google's Pixel 3 and Pixel 3 XL smartphones may look like appeared online earlier today, having been authored by PhoneArena based on yesterday's leak depicting what were alleged to be tempered glass screen protectors designed for the upcoming Android flagships. The image that can be seen above shows the two device concepts using the stock wallpaper of the 2017 Pixel 2 and Pixel 2 XL and is a seemingly faithful recreation of the smartphone design philosophy the Sunday leak is indicative of.

Both the Pixel 3 and Pixel 3 XL are rumored to ship with two dual-camera setups, one on each side, with the main implication of that move being that HTC will once again be manufacturing at least one of the upcoming models. The Taiwanese handset maker recently commercialized a four-camera product in the form of the HTC U12 Plus and already has a track record of borrowing its technologies to Gooogle's own offerings, which is what it did last year when both the Pixel 2 and Pixel 2 XL debuted with pressure-sensitive "Active Edge" frames using the same hardware HTC's U11 lineup did for its "Edge Sense" feature.

The larger Pixel 3 XL will be equipped with a display notch and have a 19:9 screen, whereas its smaller counterpart should ditch its predecessor's 16:9 panel in favor of an 18:9 (2:1) aspect ratio and feature significantly reduced bezels, essentially looking like a more compact version of the Pixel 2 XL, according to yesterday's leak. The Pixel 3 lineup is widely expected to be officially announced at Google's annual hardware event presumed to be taking place in early October. As indicated by recent reports, the same happening should also see the introduction of Google's first Pixel-branded smartwatch series said to be consisting of three wearable models, as well as Pixel Buds 2. All of the company's 2018 hardware products should become available for purchase in the U.S. by November and be released globally no later than early 2019.