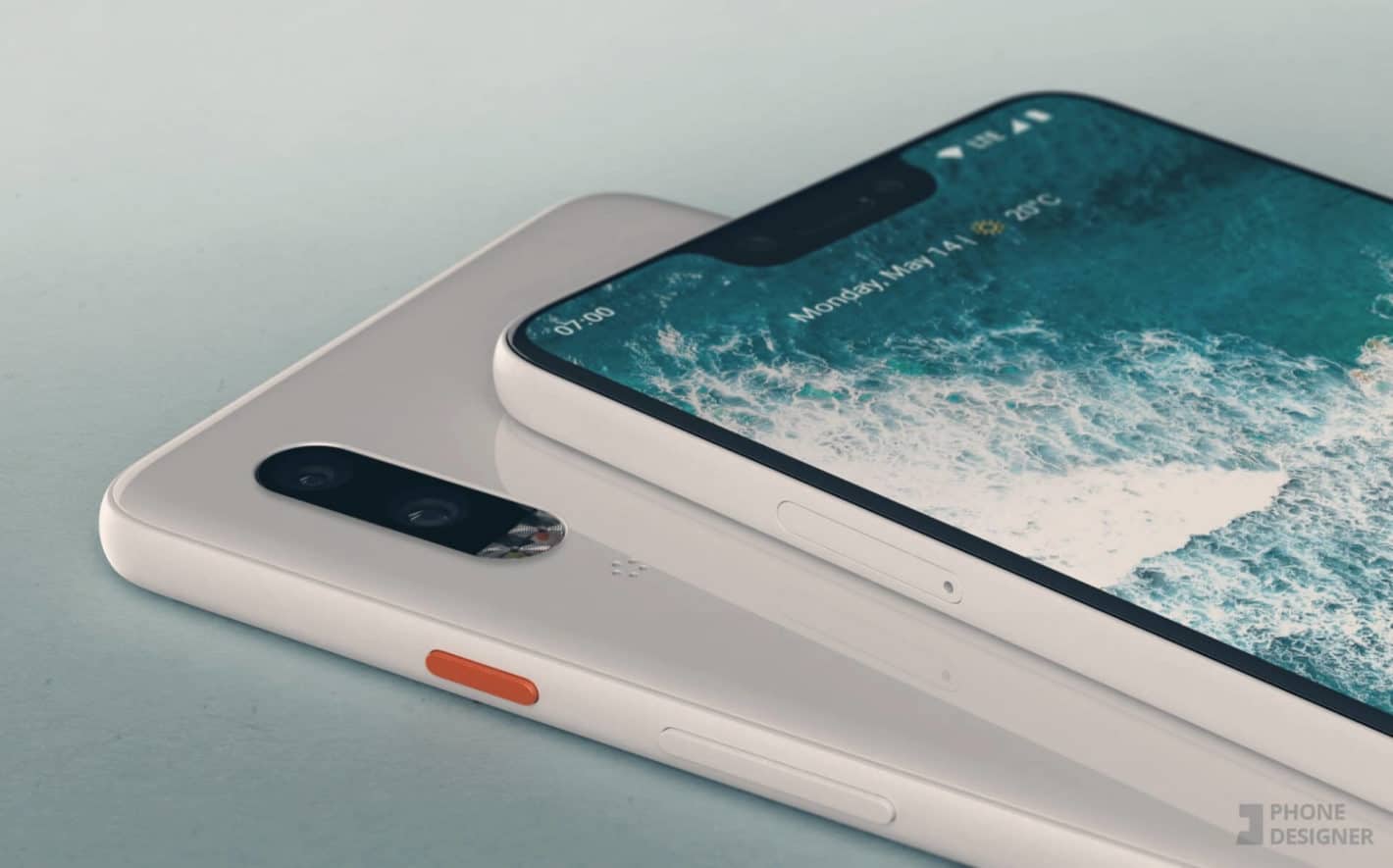 Prominent device concept renders creator Phone Designer has taken to Twitter to unveil a stunning new take on the Google Pixel 3 XL, following several leaks about the device. It's worth noting that these are only conceptualizations of the larger of Google's two premiere Android handsets and most leaks have predominantly focused on the front of those devices. So, if anything is accurate at all about the renders, it's the front portion. Having said that, they do appear to match up nicely with those leaks, at the very least. The most prominent feature of the smartphone in question, for now, appears to be Google's inclusion of a notch along the top edge. That's something many manufacturers have played with over the past several months and is only expected to be present on Google's larger device. However, while it's always fun checking out what professional designers might have come up with, it bears pointing out that these are speculative at best.

Beginning with the front of the device and its display, Phone Designer has stuck very closely to what is now predicted to appear on the Pixel 3 XL. Namely, that's a design that's absolutely dominated by screen due to the use of a narrow "chin" for a forward-facing speaker and a notch to house two front-facing cameras and a second forward-facing speaker. The designer also made use of the new gesture system that will ship with Android P when it launches alongside the device. That's a pill-shaped icon which will be used for recent apps navigation, app switching, Assistant, and getting back to the home screen. As to the rest of the handset, USB Type-C is present and will almost certainly be a part of Google's design as well. There are smooth-looking volume rockers and a power button coated in an accent color along the right-hand edge. No headphone jack is present and the entire edge has a sleek, rounded look to it.

Rolling to the back of the renders, things get a bit more speculative. The entire back panel is glass-coated, aside from a small divot for a vertically-aligned dual-camera array. Embedded alongside those within that pill-shaped cutout – which looks remarkably similar to the shape of the new home icon – is a dual-LED flash. Overall, the entire design is very clean looking and neat. In fact, it would be a sensationally good design if not for the fact that there's nothing to say the Google Pixel 3 XL will look anything at all like it when the next iteration of the flagship launches.