Following TCL Communication’s recent announcement of the official BlackBerry KEY2 launch date, the smartphone manufacturer seems to have another handset in the pipeline, as a new BlackBerry-branded device was spotted on benchmarking website Geekbench on Saturday. Judging from the details revealed by the service, the upcoming handset identified as the “BlackBerry BBG100-1” looks a lot like a mid-range phone, sporting the Snapdragon 625 chipset, an octa-core processor with a maximum clock speed of 2.0 GHz, as well as 4GB of RAM.

The BlackBerry BBG100-1 was tested by Geekbench with Android 8.0.1 (Oreo) on board and it came out with a multi-core score of 3656 and a single-core score of 698, with both results being in line with a mid-range offering. Just by its codename, one could guess that the device in question is set to arrive in June alongside the KEY2, also known as the BBF100-1. The KEY2 is powered by the Snapdragon 660 chipset and features 6GB of RAM, according to previous leaks. Running the similar performance test before, the alleged KEY2 scored 4185 in multi-core and 1532 in single-core performance. Having said that, the BBG100-1 may well be a cheaper version of the KEY2. And although the official name remains a mystery at the moment, recent reports suggest that it might come out with the name KEY2 Lite.

In the meantime, BlackBerry took to Twitter to announce that the KEY2 will be officially revealed on June 7. While no other details about the phone that have been shared in an official capacity, the company appears to be targeting the younger demographic with its emoji message and the “An Icon Reborn” revelation. And it still looks like it will be trailing in the footsteps of the 2017 KEYone, being equipped with a physical QWERTY keyboard. An early June launch should see the BlackBerry KEY2 become available for purchase on a global level by the end of summer. 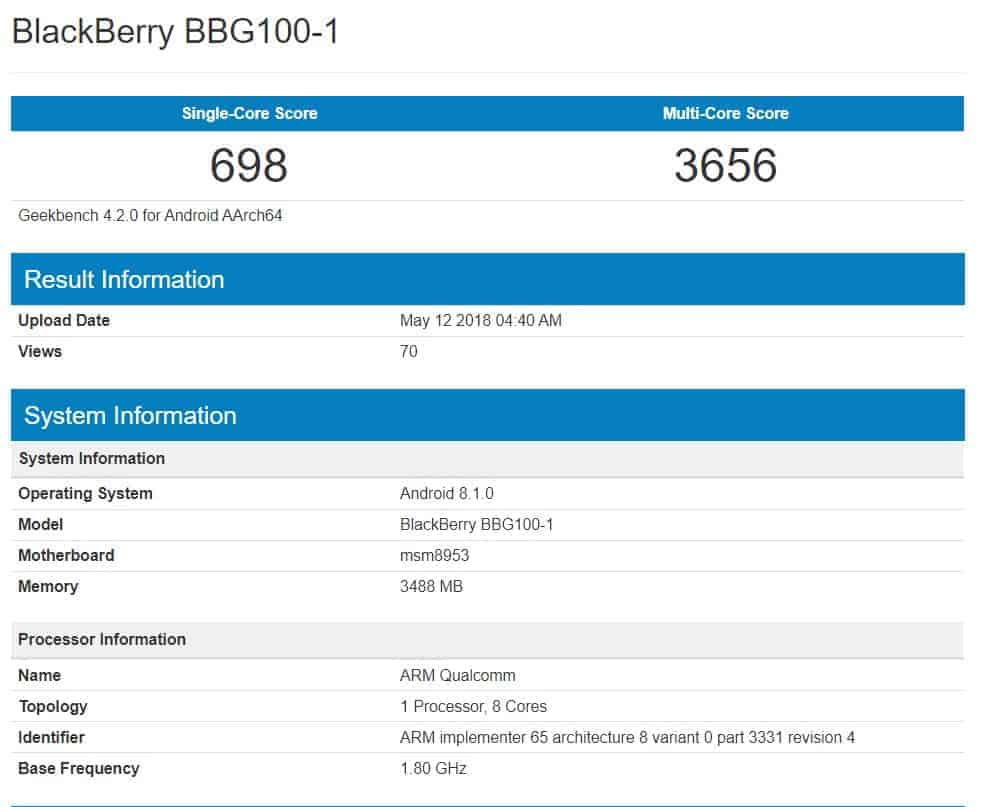