Naztech has included all of the latest technology in the VOLT Power Station to charge literally everything, while you’re on the go.

Naztech is likely not a name you think of when it comes to external battery packs, but the company has a released a battery pack in the VOLT Power Station that is set to fill all of your needs. And for a regular price of $199 (typically priced at $145 on Amazon), it sure should. Naztech has crammed in a 2.4A USB-A port, a Quick Charge 3.0 USB-A port, a USB-C PD port, and a full-sized AC outlet here. Naztech has thrown in a flashlight for good measure as well. So no matter what gadgets you are taking with you, the Naztech VOLT Power Station is going to have you covered here. We’ve been using the Naztech VOLT Power Station for a few weeks, and even took it to Google I/O – where it really came in handy. So let’s see if it is worth that cash.

While build quality isn’t that important on a battery pack, it is still pretty important. The VOLT Power Station is pretty large, there’s just no getting around that. On the top and bottom, it has a soft-touch feel to it, which not only looks good but also feels good when you’re carrying it around. It also keeps the VOLT Power Station from picking up scuffs, scratches and so forth. The sides are also soft-touch, but a slightly different material. Typically, we would prefer companies use metal for products, but on something this large, a metal power station would have made this even heavier than it already is. So using plastic is definitely appreciated. For the most part, you won’t be moving this around too much. Mostly just to plug things into it or plug it in to charge. But keep in mind, it is going to add a good amount of weight to your bag. 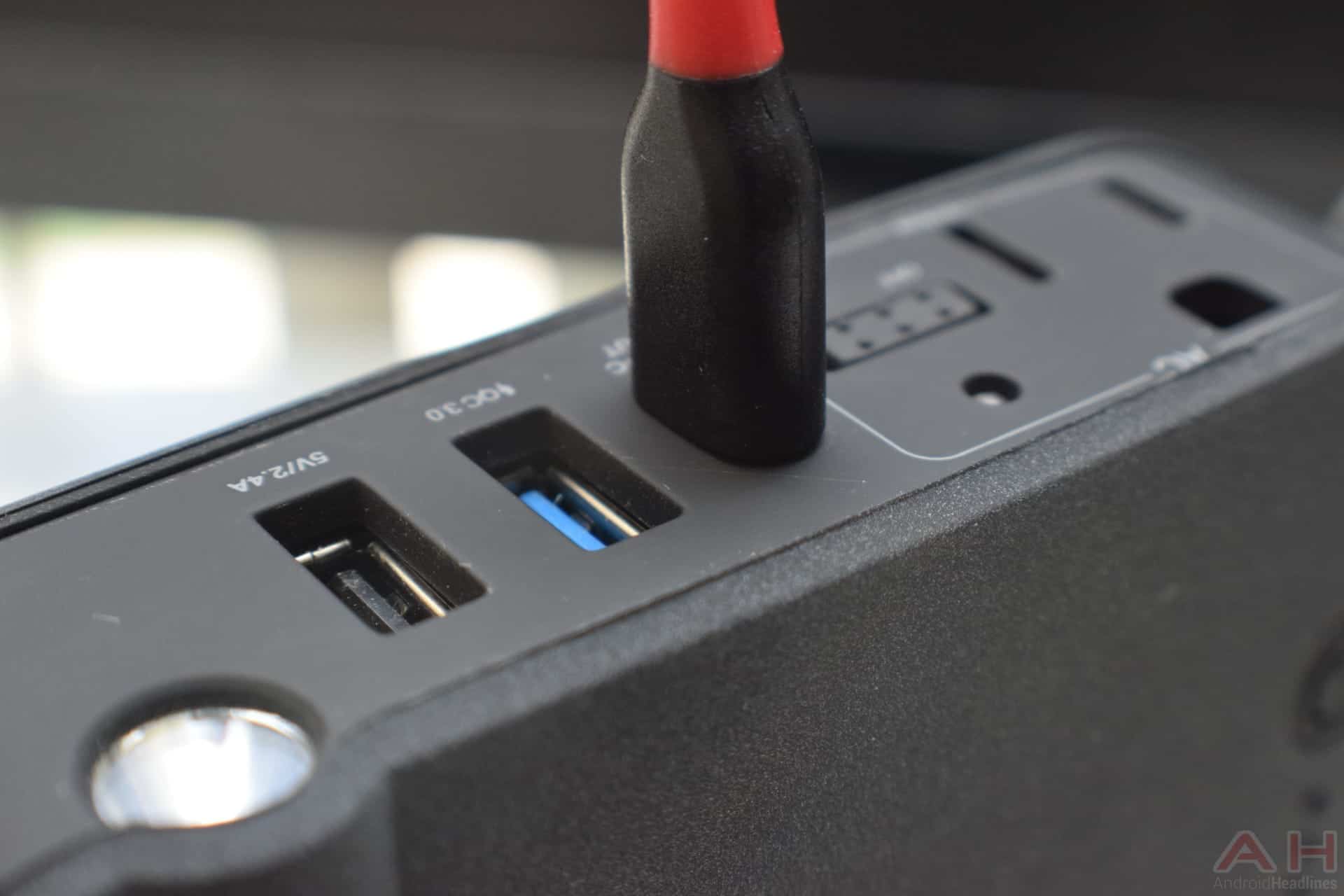 As far as charging goes, the VOLT Power Station can charge just about anything, since it does have a few USB-A ports here. The first port is a regular 2.4A port, which we didn’t use a whole lot, since there is a Quick Charge 3.0 port available here. But it was used, and charge a smartphone about as quick as expected at 2.4A. The Quick Charge 3.0 port got the most usage, since most phones sport Quick Charge 3.0, so you can quickly charge up your phone on the go. It was able to fully recharge the Xiaomi Mi MIX 2S in a little under two hours. For a 3400mAh capacity battery, that’s not bad at all. Then there’s the USB-C port. Now this isn’t technically USB-C PD, since it does not do input as well as output. This one only does output, but it does have enough current to charge larger things like a laptop or a Nintendo Switch. But it can also charge up a USB-C device like a smartphone, as it can adapt to the device it is charging, so that it is not overcharging whatever is plugged in.

The AC outlet also comes in handy, it allows you to plug in virtually anything to this battery pack. Whether that’s an older laptop that doesn’t have a USB-C port for charging, or even a TV or a monitor. It can do it all. Now you do need to make sure you use the power switch next to the port. If you keep it on, it will use up the juice in the VOLT Power Station, which is not something you’ll want. Simply plug into the AC outlet and then slide the switch to on and you’re all set. It’ll turn from red to blue once it is on and working correctly. Between the USB-C port and the AC outlet, I had a couple of ways to charge my MacBook Pro while at Google I/O, and it really came in handy. While everyone else was looking for an outlet to plug in and continue working, I just pulled out a cable from my backpack and plugged in my laptop and was ready to go. Both ports were able to charge it about as fast as plugging it into the wall. Which is always good here. 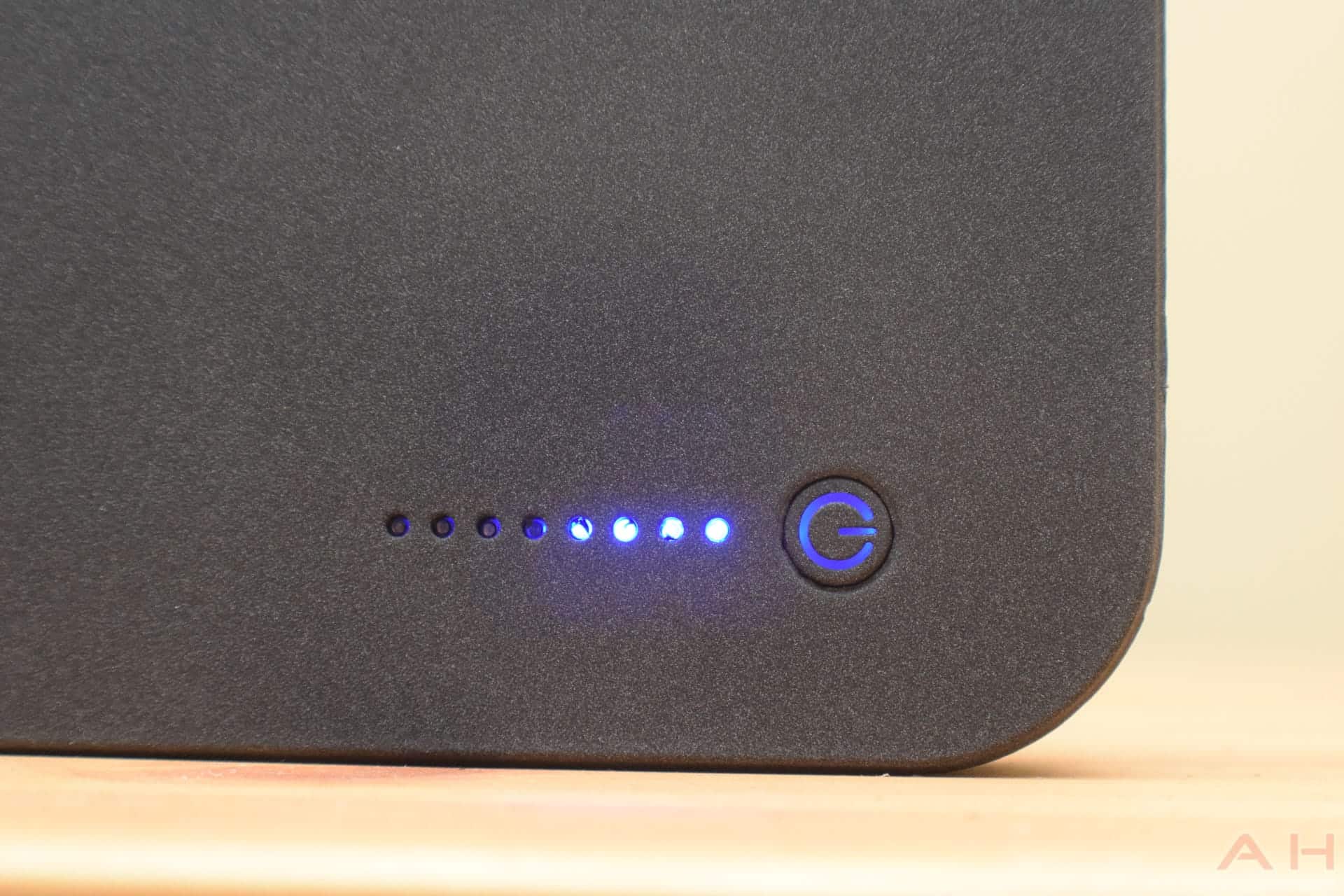 Naztech does have around 27,000mAh capacity in the VOLT Power Station here. Now if you are simply plugging in smartphones to charge, that’s going to be plenty of power to keep them charged all day. But once you start plugging in laptops and gaming consoles, it drains a bit faster. It was still able to keep me going all-day long at Google I/O in Mountain View, which was pretty impressive. It charged up my laptop a couple of times, as well as the Xiaomi Mi MIX 2S a few times before it got low. It never fully died during a day at Google I/O which is more than we can say about some other battery packs out there with this same capacity.

As expected, the Naztech VOLT Power Station is going to take quite a while to fully charge. And in fact, it doesn’t charge over USB, but instead it has its own proprietary port to charge up. Normally this would be a big con on any review, but given the capacity on this battery pack, and the fact that it does speed up the charging, it’s worth it. It just means you’re going to be carrying another cable with you when traveling. We didn’t time exactly how long it took to recharge the VOLT Power Station, as we did plug it in overnight and the next morning it was fully charged. But you likely would only need to charge this overnight anyways.