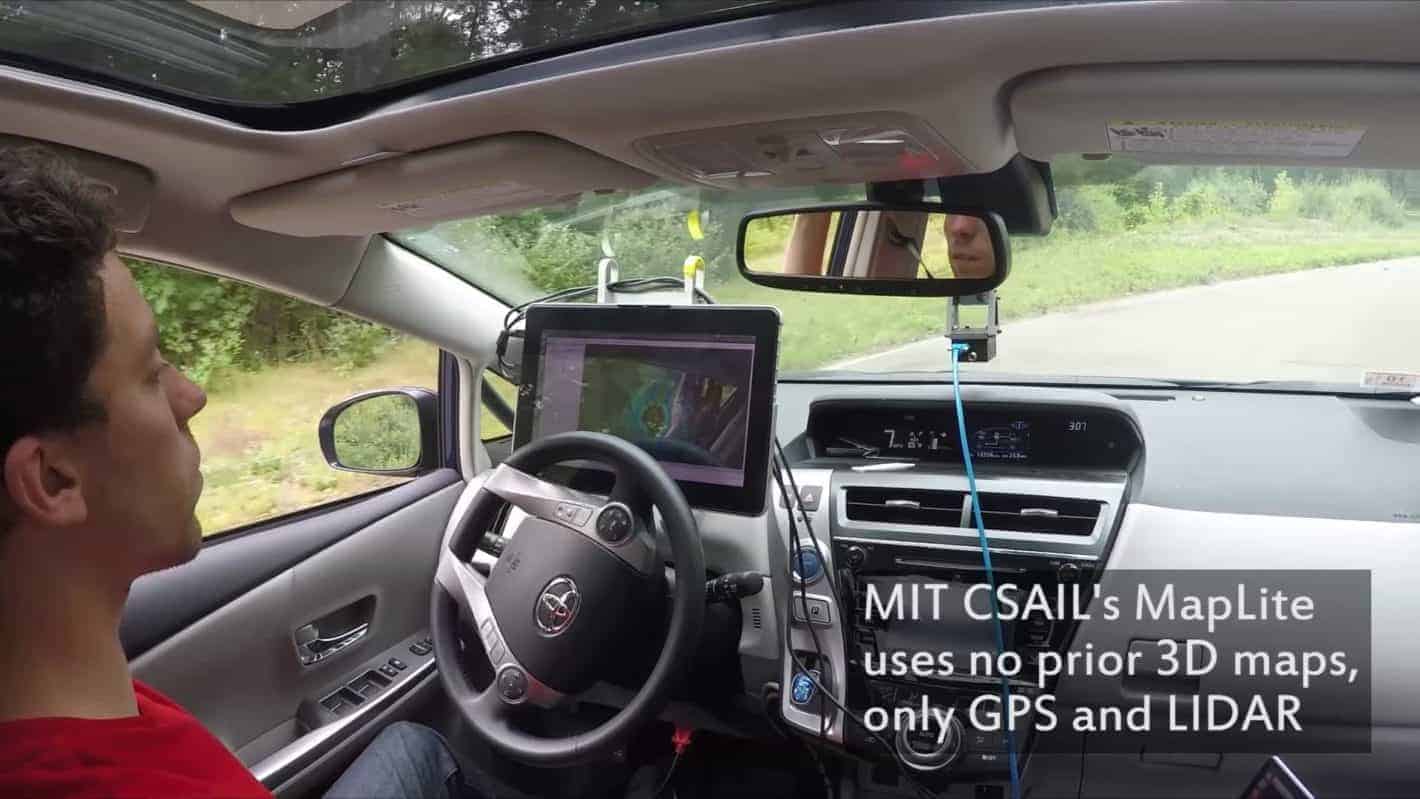 Researchers at MIT’s Computer Science and Artificial Intelligence Laboratory (CSAIL) may have just solved part of the autonomous driving puzzle with a new framework. Called MapLite, the new technology doesn’t depend on precision maps created in advance, effectively creating its own mapping on the fly. It accomplishes that via a combination of LiDar and GPS, using the GPS for general positioning and LiDar for short point-to-point mapping. That point-to-point pathfinding is further optimized by other sensors as the vehicle moves between points. Presumably, although the more desolate roads this has been designed around generally have very little traffic, those sensors can also help navigate around other vehicles and obstacles. However, this is still fairly early in development and isn’t at all ready for real-world use. So that may be asking too much, for now.

The project was co-developed with Toyota, which also provided the base platform for the researcher’s test platform. Breaking down how it works into finer detail, the LiDar here serves multiple purposes. It generates a point cloud of the surrounding terrain. That same technique is used to find where the road is, with flatter areas being distinguishable as roads from the surrounding environment. The system then draws two lines, one is an estimate for the path of travel and then a more accurate actual path is created as the vehicle moves toward the next point on its real-time-generated map of points. Once the vehicle approaches the end of that path, a new map is generated. Done in rapid succession, the car is effectively able to navigate on its own on most unmapped roads.

Autonomous vehicles obviously still need quite a bit of work before they’re ready to drive without human assistance. For now, the researchers at MIT do have a couple of issues to overcome first. Elevation changes are still difficult for the system to overcome. With any luck, however, projects like this could eventually enhance the current navigation systems used by the industry to a point where advance mapping is not required at all. That would be great news for an industry that is still arguably struggling to meet its proposed deadlines smoothly. Moreover, it could open up the possibilities for the technology well beyond the urban environment.