Skip to content
Advertisement
Trusted By Millions
Independent, Expert Android News You Can Trust, Since 2010
Publishing More Android Than Anyone Else
26
Today
167
This Week
578
This Month
7039
This Year
116998
All Time
Advertisement LG has finally debuted its newest flagship, the G7 ThinQ. It’s the seventh-generation G-series smartphone, and it is LG’s best yet. But as is the case with all mobile devices, the G7 ThinQ is not perfect. There are some things about this one that aren’t as good as they should be, and even some things that are downright ugly. But there are plenty of things to like about the LG G7 ThinQ as well, so let’s break down the good, the bad, and the ugly of the latest offering from the South Korean tech giant. 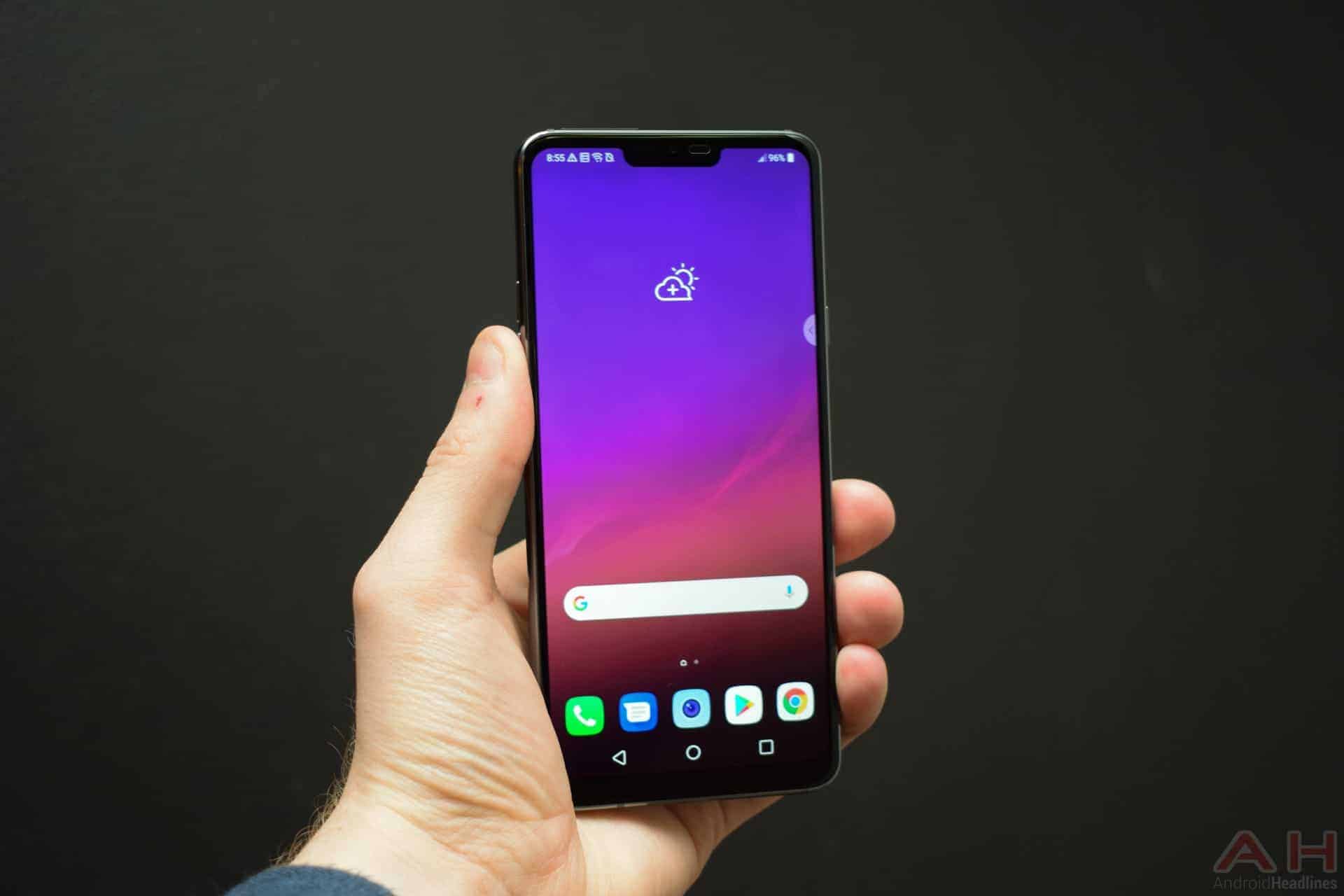 The LG G7 ThinQ is the first smartphone from LG to sport the dreaded notch. But there’s a good reason for it. This allows LG to push the boundaries of the display even further. Instead of settling for a forehead and a chin on the G7 ThinQ, LG has gone ahead and pushed the boundaries to have a notch at the top. This effectively means that the notification bar is now out of the way, and you have a standard 18:9 aspect ratio display for apps. The notch isn’t for everyone and luckily, LG has taken steps to allow users to hide the cutout if they so choose to. There are settings available to make the notification bar black, or a black to purple gradient (which looks really nice), and a few other colors. There’s also the option to make it curved, so it looks like the top part of the phone has curved corners like the actual screen does. This way, users should be okay with the notch, while LG is providing them with more screen real estate.

LG has also done really well in the camera department in recent years, and the G7 ThinQ builds on that. With the V30S ThinQ that the company announced earlier this year, it debuted the AI Cam that allows you to take better pictures through software enhancements. LG has included that service into the G7 ThinQ but made it even better through improved hardware and software. While AI Cam may not be a huge feature – as it is really just a glorified “auto” setting – it does help you take better pictures and it’s doing a good job at it. The camera itself is also really good, with the wide-angle lens is making a return as well. LG is still the only company to have a wide-angle camera on the back of its smartphone, and it’s something that users love. The wide-angle camera isn’t as wide as it was last year, shrinking to 107 degrees versus 125 degrees, but it still works really well. LG has included Portrait mode on both the front and rear cameras, which is new and a great thing for those that love taking pictures of people, including their humble selves.

Probably the most underrated part about the LG G7 ThinQ launch is actually the pre-order date. Typically, when LG announces a new smartphone, the US wireless carriers will come out and say they intend to carry it later that same season. This time, however, at least two carriers – Verizon and Sprint – have announced that pre-orders will begin this month, and Sprint will be launching it on June 1. That’s a big deal for LG which is now getting its brand new smartphone out there and into the wild before it is forgotten by consumers, which is what typically happens. For example, the LG G6 was announced in February but didn’t actually launch until April, even after the Galaxy S8 got announced, and likely took away some of LG’s customers. Luckily, the company has learned from that mistake and is getting its smartphone out there sooner this time around. 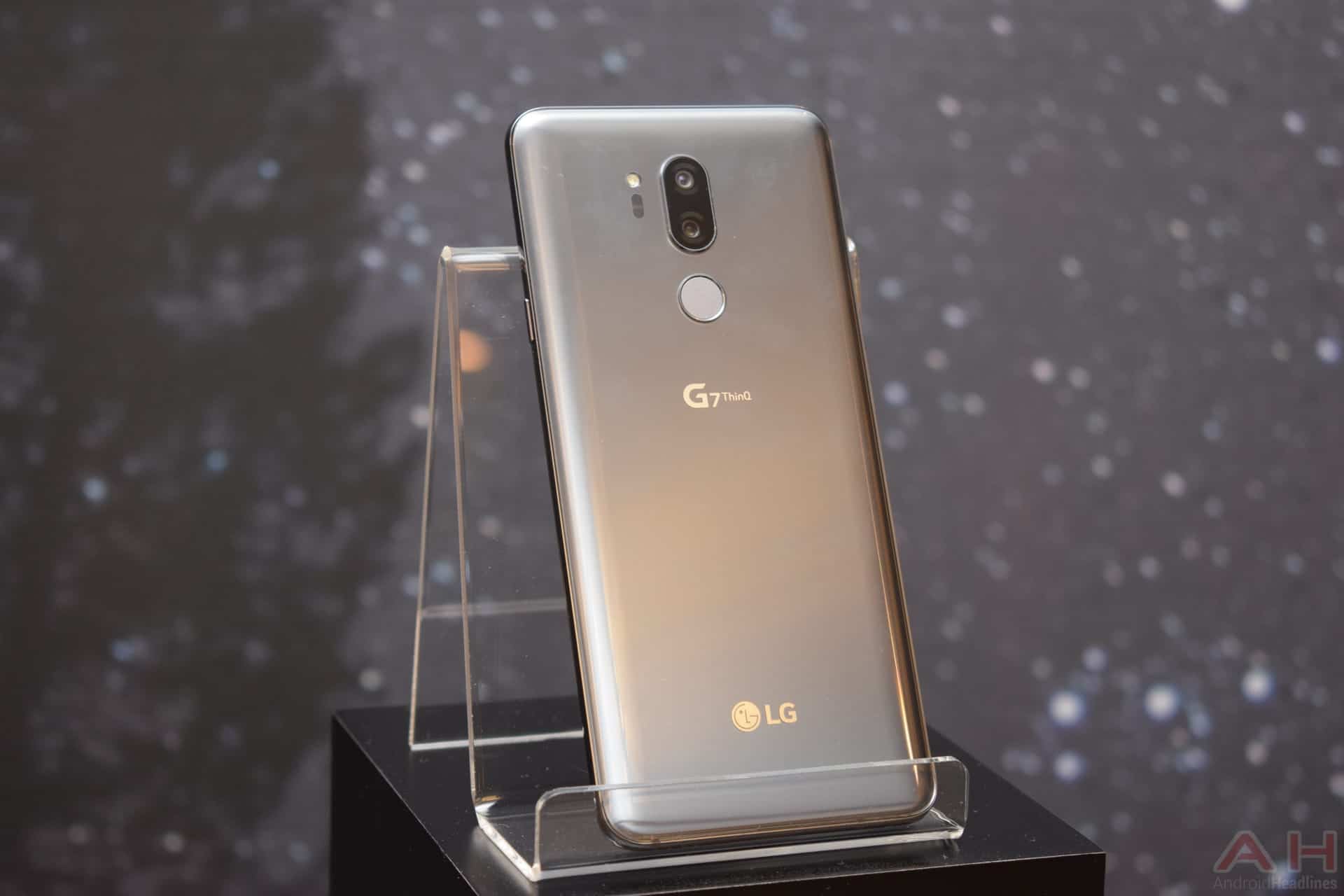 While it’s good to see LG giving users even more screen real estate in the same-sized body, LG did also decide to stick an LCD panel on the G7 ThinQ instead of an OLED module. The LG V30 and V30S ThinQ both sport OLED displays, which are far superior – especially when consuming media – than an LCD. With deeper blacks and a more saturated look. LG says that it is saving its OLED panels for the V-series, as it’s a more niche and a more high-end line then the G-series. But it still would have been better to see it on the G7 ThinQ here. The LCD panel isn’t bad, but an OLED panel would have been better, of course.

LG also decided to give users a smaller battery in the G7 ThinQ. Decreasing the capacity from 3300mAh to 3000mAh in the G7 ThinQ. This is a bit strange since LG did also provide users with a larger screen on the G7 ThinQ, so it should use more juice than the G6. However, the Snapdragon 845 chipset is inside and it does do a good job at making the most out of any battery and is much better at it than the Snapdragon 821 which powered the G6. So, it’s possible that despite the lower-capacity battery, the G7 ThinQ could still offer superior battery life compared to its direct predecessor.

Despite giving the V30S ThinQ more RAM, LG has decided to stick with 4GB of RAM on the G7 ThinQ, at least as far as the base model is concerned. This isn’t the biggest issue because Android Oreo does run well on 4GB of RAM, but it would be more future-proof to have a 6GB RAM base. 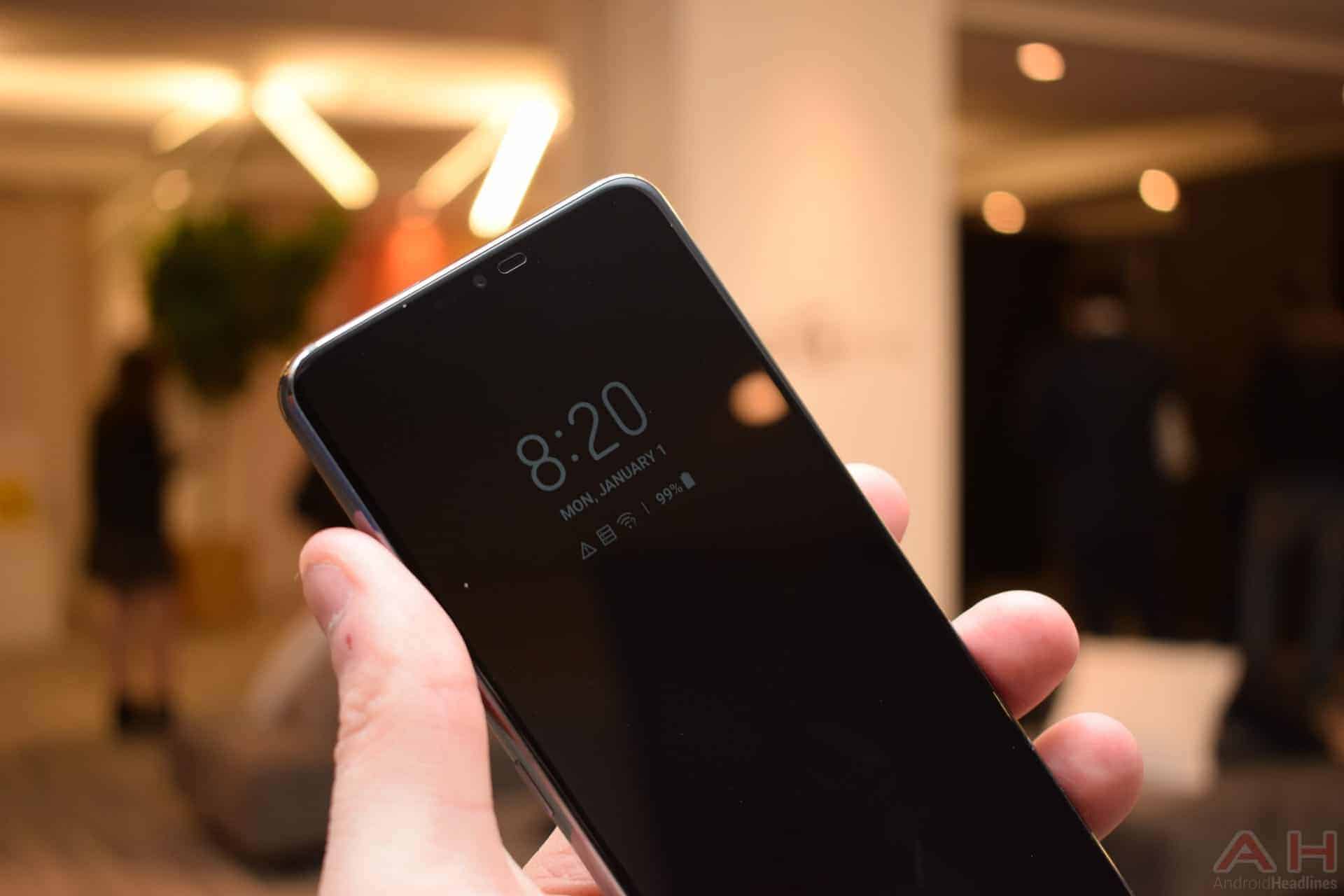 For many years now, LG has struggled to make its premium smartphones look and feel – well, premium. And that continues here with the LG G7 ThinQ. Despite it being made of metal and glass, it just doesn’t look or feel like it’s a premium smartphone from the company. Instead, it largely feels like a mid-ranger. This was the case with the V30 and V30S ThinQ as well, which were even more expensive. But this may also be part of the reason why LG’s smartphone business has been in the red for the past few years. LG’s designs are also a bit dated and look very similar to other smartphones out there. For example, the LG G7 ThinQ looks similar to the Meizu 15. LG really needs to do something about its design, focus less on colors, and more on the actual build of its smartphones. 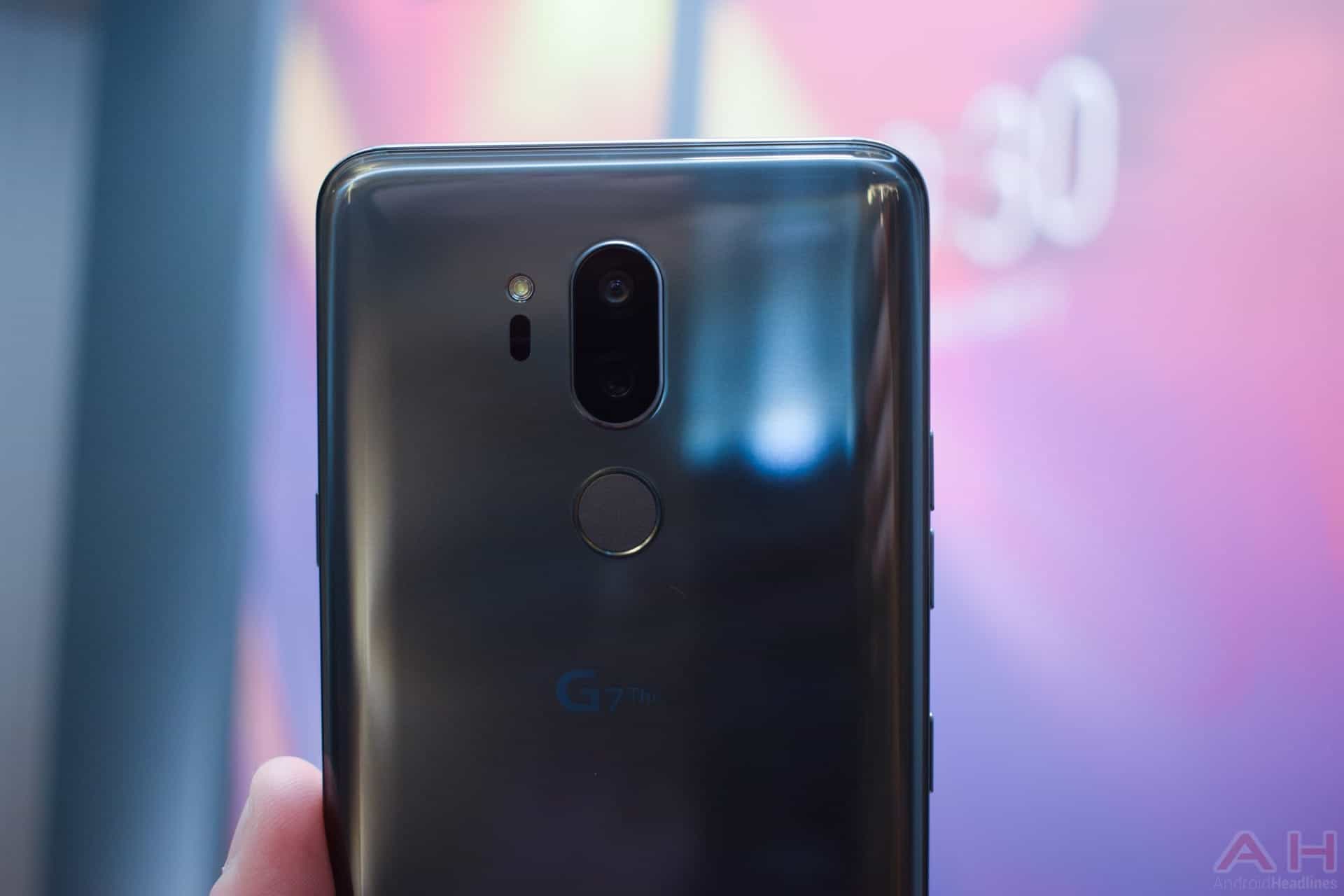 The LG G7 ThinQ is a pretty decent smartphone from LG. Like any other handset, it has its strengths and flaws because it’s not perfect by any stretch. It’s slated to be released early next month, with pre-orders starting at the end of May, at least in the U.S. So, it shouldn’t be too long until everyone can get their hands on it. The G7 ThinQ continues LG’s history of creating worthwhile smartphones, but the big thing here is whether LG will make a big enough impact to pick up more market share and get its mobile business back into the black.