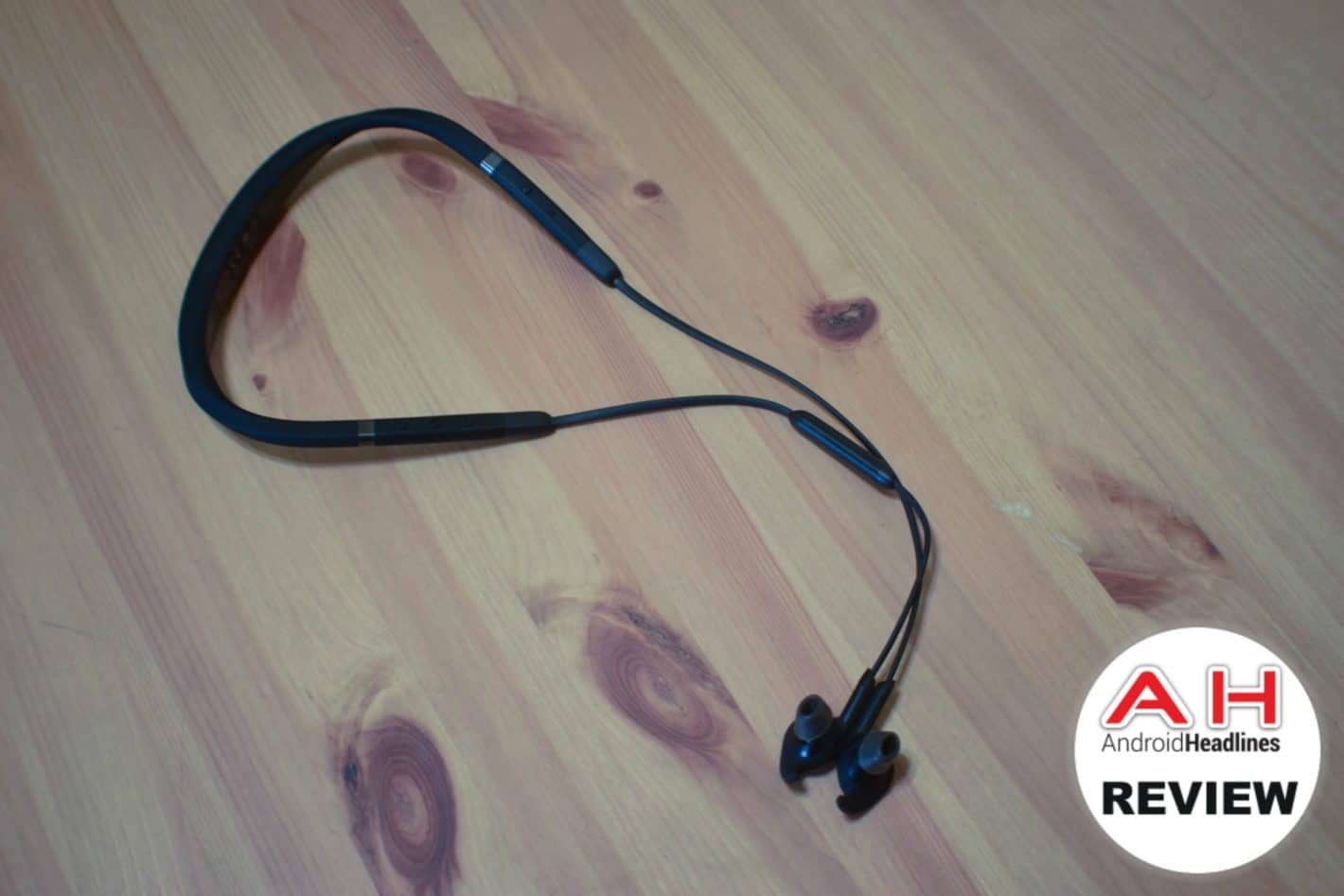 Jabra announced a new pair of wireless headphones a few months ago, in the Elite 65e, which are a pair neck-band style headphones that also offer up active noise cancellation and eight hours of battery life for $199. That's a pretty steep price for a pair of in-ear wireless headphones, but Jabra has its sights set on a more premium competitor in the Bose QuietControl 30, which are actually $299. So Jabra is looking to be a cheaper alternative but keeping great sound quality and having ANC included. The question is, can they? We've been using the Jabra Elite 65e for a couple of weeks now, so let's find out. 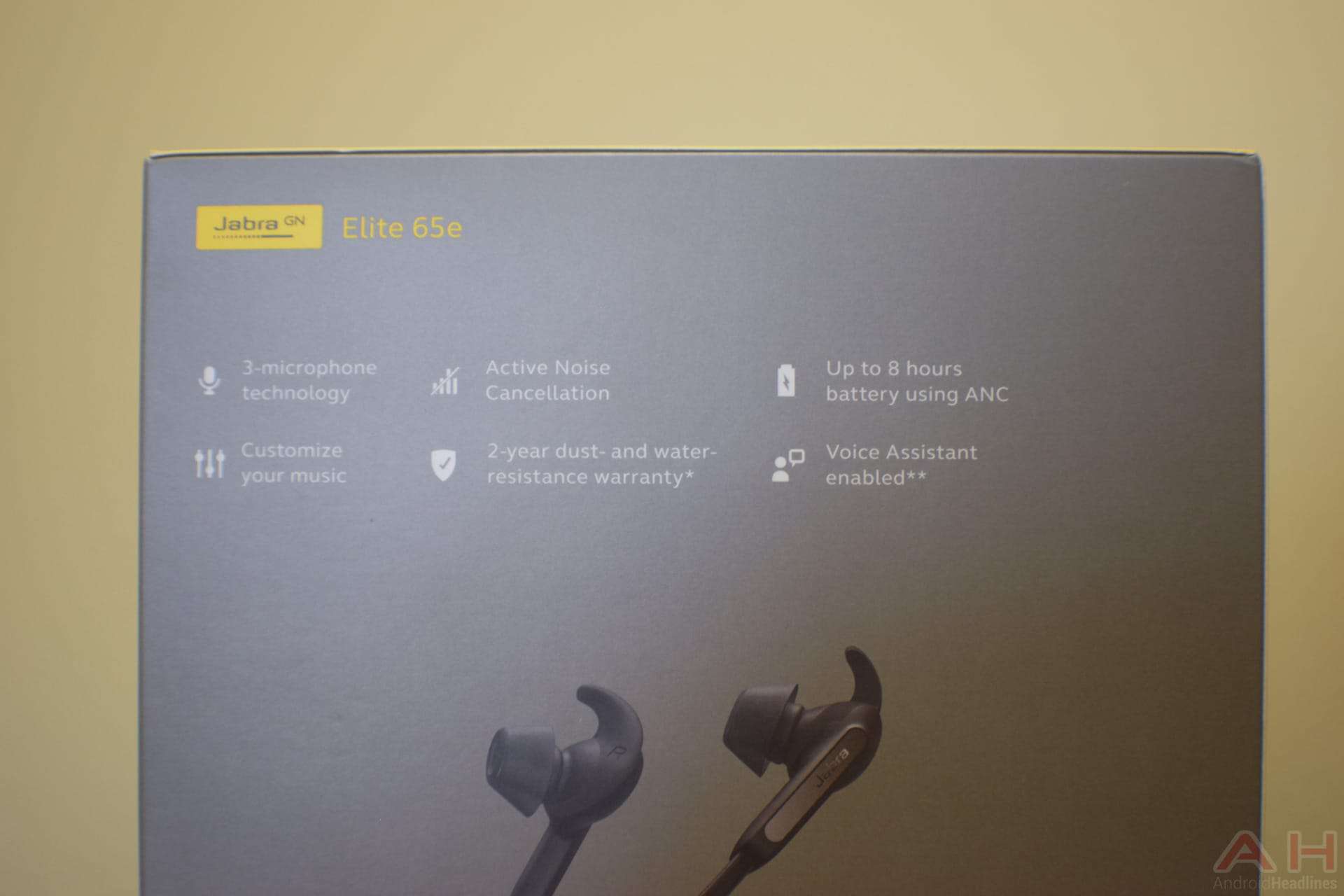 Jabra doesn't offer a whole lot on the specs front, but we do know that it has three microphones included, so that you can take calls on the Elite 65e without getting a whole lot of background noise. It offers up to eight hours of playback with active noise cancellation turned on, up to 13 hours with ANC off. And it has support for Amazon Alexa, Google Assistant, or Siri – this depends on the phone it is connected too, as it is using the assistant on that phone. It is also dust and water resistant with a rating of IP54. This means you can take them to the gym and workout with them, but don't take them into the shower or the pool. Jabra does not mention how large the drivers are in these headphones, but they are likely around 40mm – as that's the standard in headphones these days. 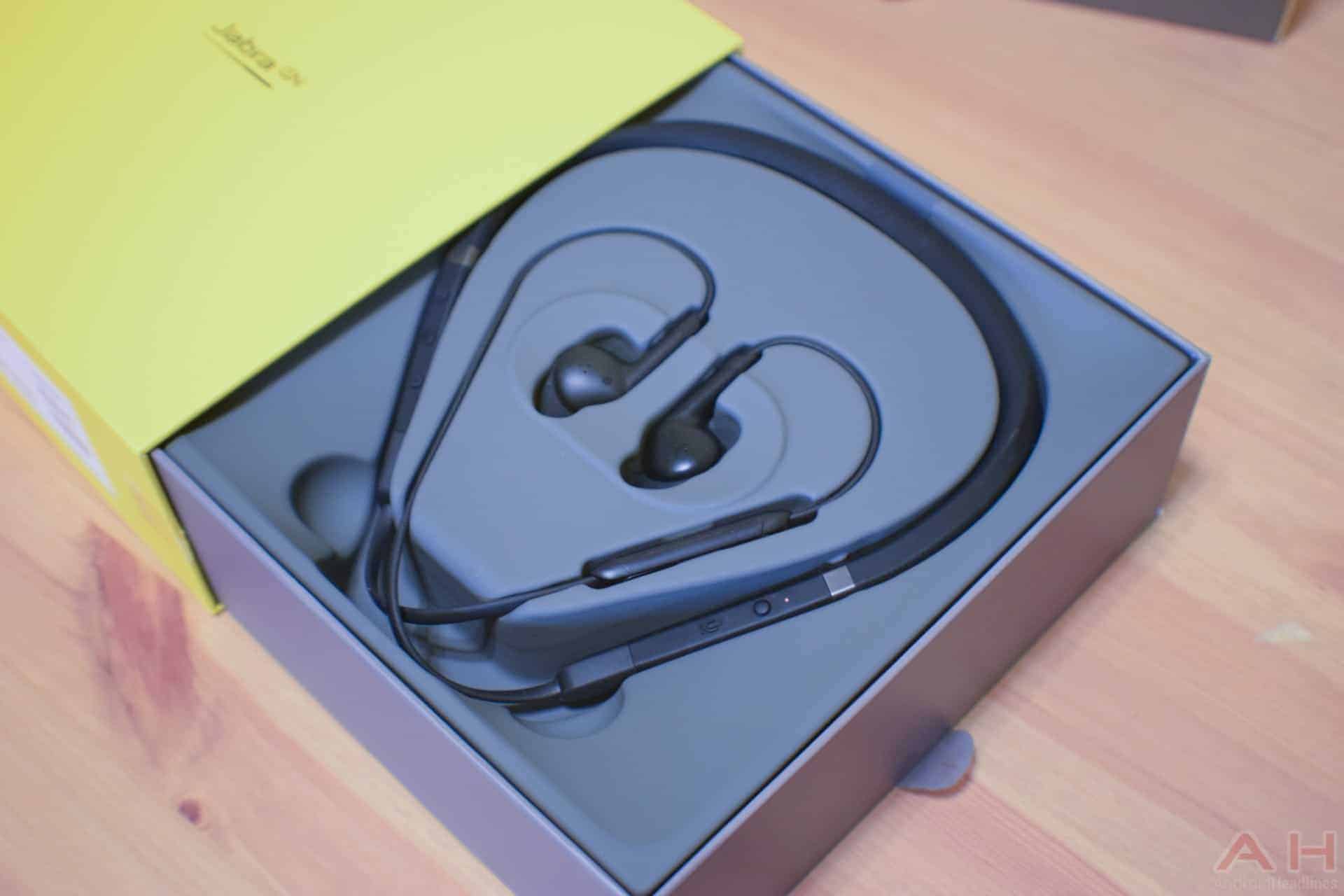 Jabra includes three pairs of ear fins and three pairs of ear tips in the box. These are different sizes – small, medium, and large – and allow the user to use the pair that fits their ears the best. Since not everyone has the same size ears, this is a good thing to have included in the box. A micro USB cable is also included for charging the Jabra Elite 65e, and a nice carrying case. The carrying case is black, but looks and feels pretty premium. It's not a hard case like what Sony would offer with its headphones. Not a lot in the box, but the necessities are here. 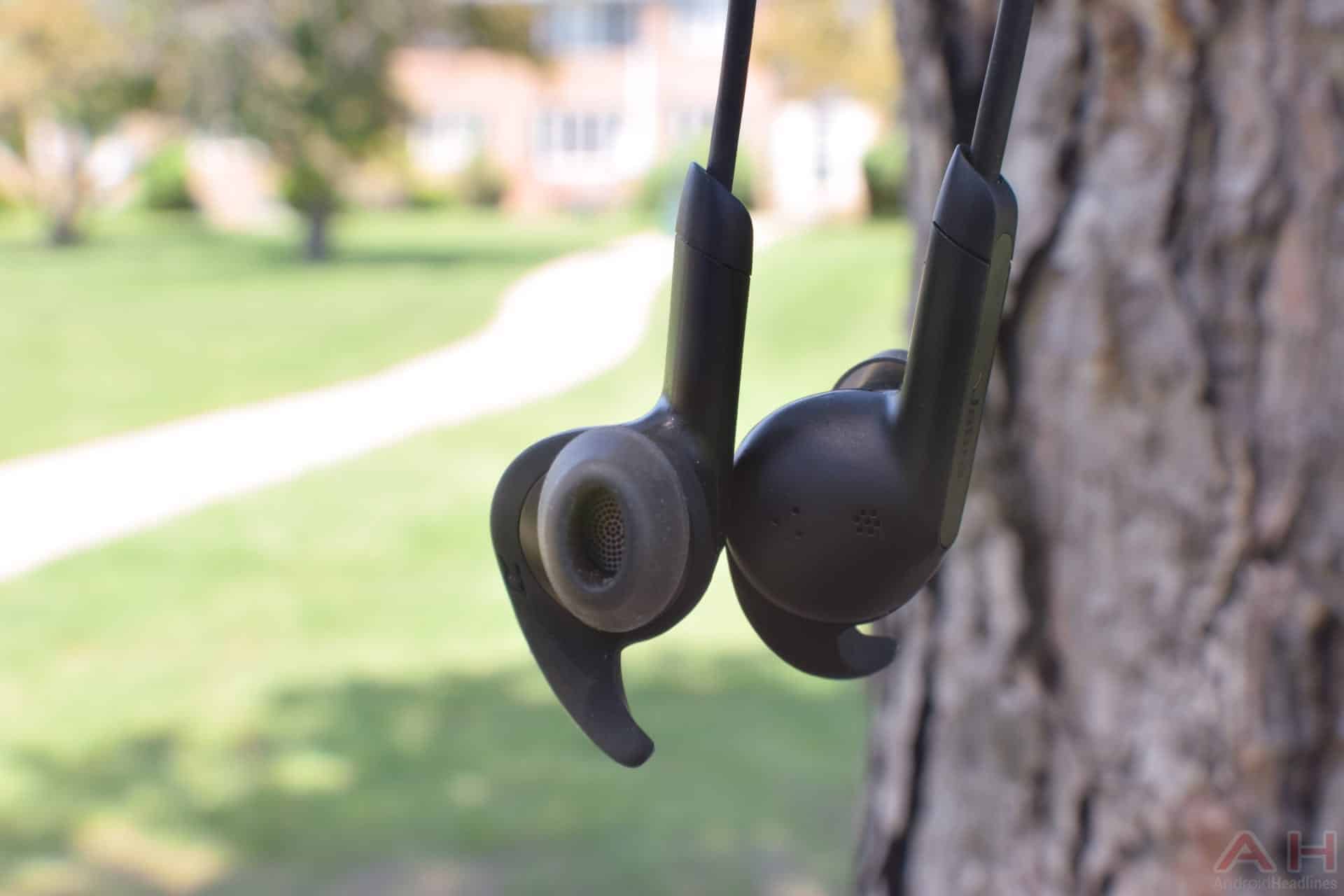 The Jabra Elite 65e are not a pair of flashy headphones. These are made of soft-touch plastic, and the earbuds have magnets to keep them together. There's not a lot that stands out here. Normally, most people would prefer companies like Jabra to use metal on their headphones and other products, but by using plastic, the Elite 65e's stay pretty lightweight, which is important here. And using soft-touch plastic makes them feel more premium, and keeps them looking nice. These are black with dark gray accents around the headphones, so they look pretty stealthy, and actually look really nice.

These are neckbuds, and as such, the controls are located on your neck. So on the right-hand side you'll find the volume buttons with the power button in the center. The power button also doubles as a play/pause button when listening to music, podcasts or other audio. On the left side, you'll find a button for controlling your smart assistant – whether that's Google Assistant, Amazon Alexa or Apple's Siri. The smart assistant works about as you'd expect from a pair of headphones that is talking to the assistant through Bluetooth. There is a bit of lag there, but it does work. Now there is a mic closer to the actual earbuds. The reason for it not being included in the neck band is because it'll be somewhat far from your mouth, making it tough for the person on the other end to hear you. But placing it further down on the cable, it's closer to your mouth (basically sits in front of your cheek), so that when you are using this for calls, other people can actually hear you without any issues.

The actual earbuds here are actually really comfortable. Now I didn't swap out the ear fins or ear tips for another size, as the ones that were installed out of the box fit my ears perfectly. But the Elite 65e's ear tips are really comfortable. You can wear these for hours and not think about it. That's something you can't say about some other headphones, including Jaybird's RUN or X3 headphones. They sit in your ears and they stay there. Even while running, these do not fall out of your ears, which is definitely a good thing here. 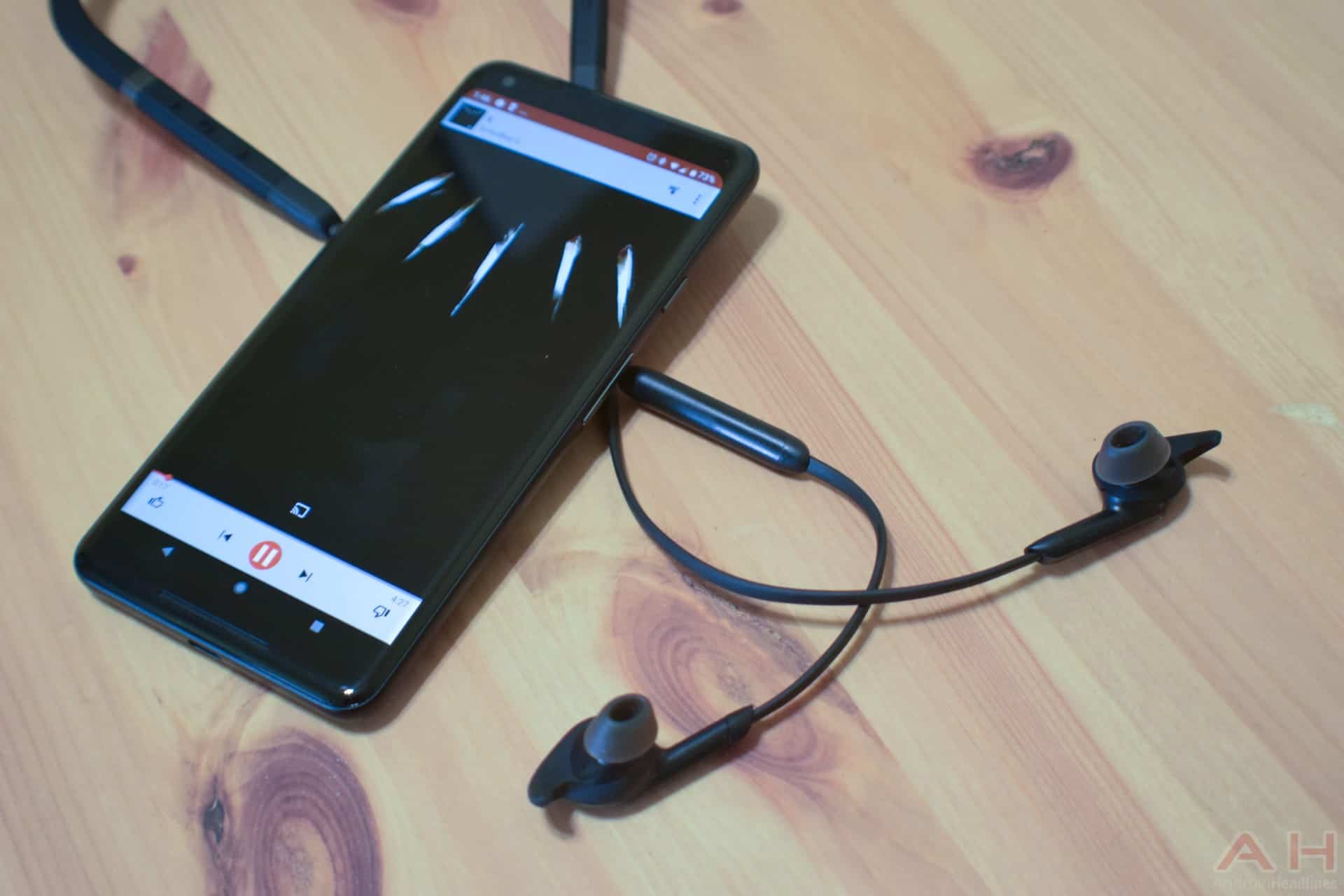 Jabra may not be one of the big names out there in the headphone space, but it has put together some great headphones with great audio quality in the past, and the new Elite 65e are no exception. Now for $199, you would expect good audio quality anyways, so it's good to see that is available here. By default, the Jabra Elite 65e has a decent amount of bass, they aren't as bass-heavy as what Sony does in its Extra Bass lineup of headphones and speakers, but you can definitely hear it here. Mids and highs are also crystal clear, which is nice, and expected. Now, Jabra's Sound+ app does work here on the Elite 65e, allowing you to go ahead and adjust the sound you're getting out of these headphones. It's nothing fancy, but you are able to adjust the lows, mids and highs, so if you were wanting more bass, you are able to do that with the app.

With Active Noise Cancellation available in the Elite 65e, you are also getting a pretty good experience when listening to music, as you are able to get rid of all the background noise. This is especially important if you are using these headphones while outside running or at the gym working out, as there is a lot of background noise there. ANC works really well on the Elite 65e, which is actually a bit surprising, given the fact that these are earbuds and not over or on-ear headphones. Of course, you can turn Active Noise Cancellation off in the settings. 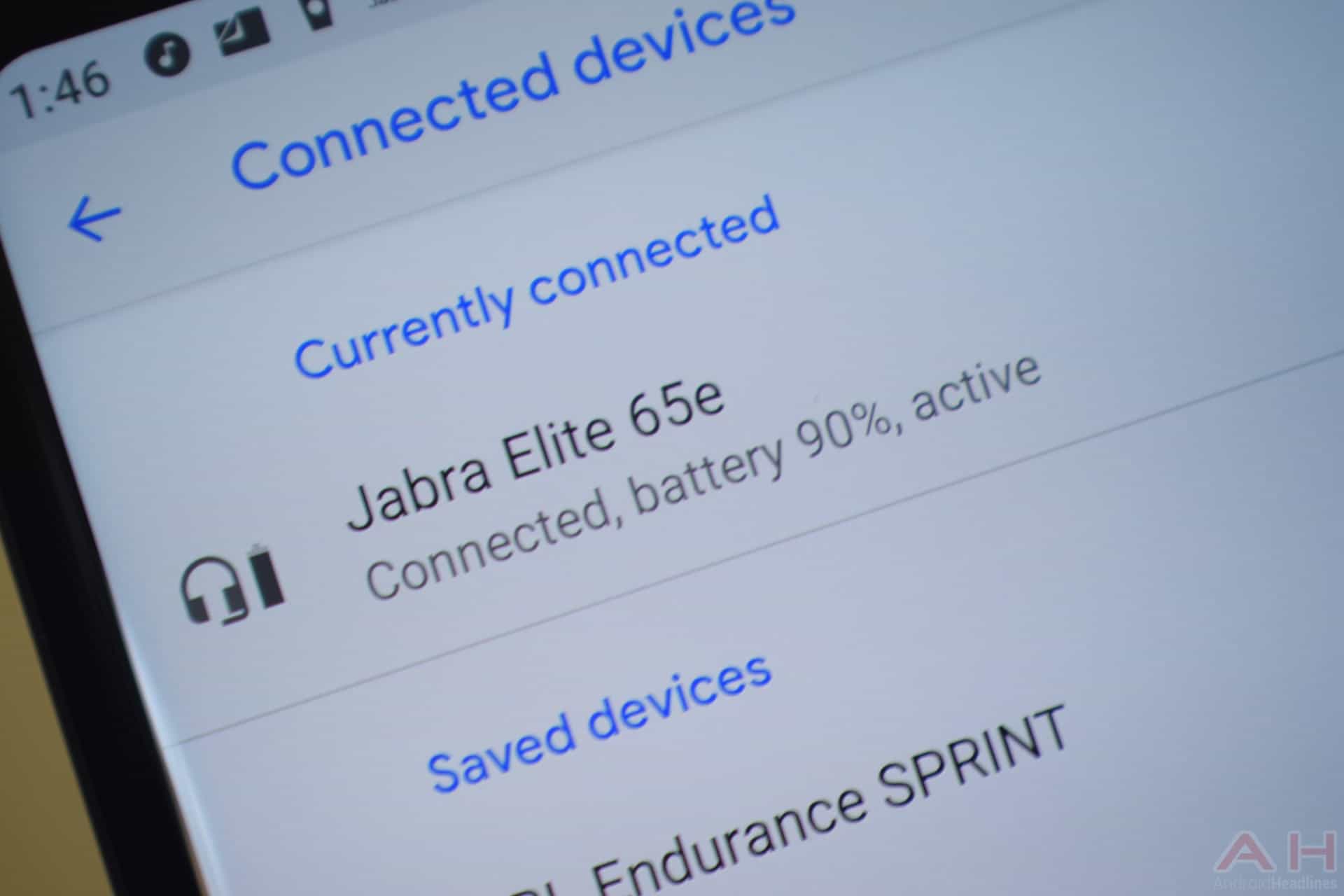 Jabra quotes battery life as eight hours of continuous playback with active noise cancellation on, and 13 hours with it turned off. That, as usual, is going to be subjective to a number of factors. Like how loud the music is you are playing, what kind of music it is, how long it is sitting in standby, etc. But, through our usage and testing of the Jabra Elite 65e, we found that with Active Noise Cancellation turned on, we were getting closer to around nine to ten hours of continuous playback here. What that means is that Jabra's quote here on battery life is actually right on point, as it should be. Now eight hours of continuous playback doesn't sound like a lot, but we have to remember that ANC is going to use up a good amount of juice as well. So it's actually pretty decent, even at 13 hours with ANC turned off.

Since these are wireless headphones, they do connect to your phone (or other gadget) using Bluetooth, and we all know how finicky Bluetooth can be at times. But with the Jabra Elite 65e, we haven't really had any issues with Bluetooth here. It hasn't disconnected suddenly, and it also wasn't hard to connect it to another device – simply press the power button and keep holding it until it's in pairing mode. It has really worked quite well. Now Jabra is still using a micro USB port for charging the Elite 65e which many will say is a deal breaker since many are using USB-C now. But for a pair of headphones, that's not a big deal. You likely won't be charging these every single night anyways. 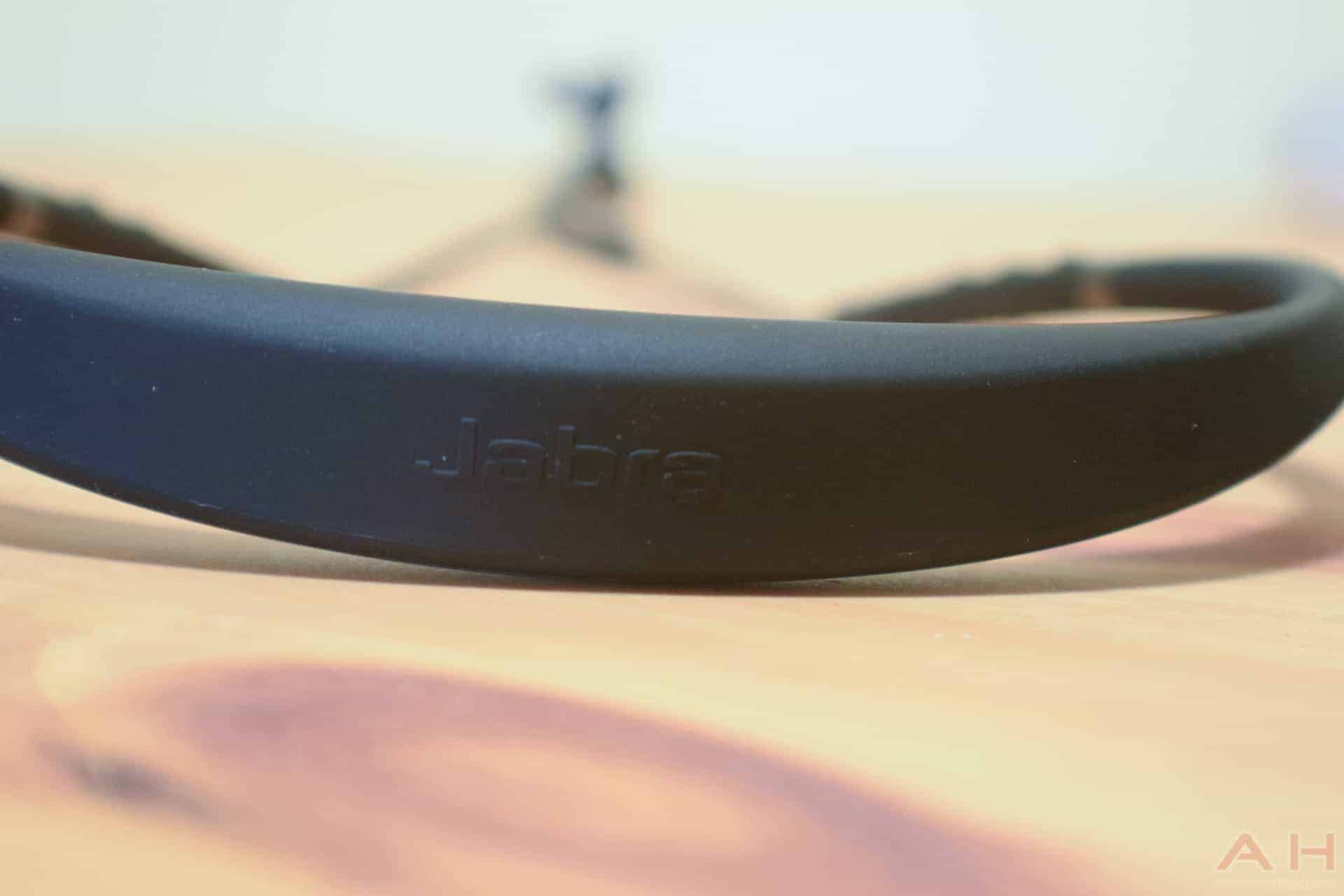 Wireless headphones have less in common than the many smartphones you'll find at your local carrier store. They are essentially all the same, aside from a few different features. But Jabra has been able to build out a pair of headphones here that really stand out, and should be on the shortlist for anyone looking for a new pair of headphones. There's a lot to like here, including Active Noise Cancellation, great audio quality, pretty long battery life, Not only that, but Jabra has built a good looking pair of headphones here, and a pair that can take some sweat and a beating, making them a good contender for a pair of workout headphones here. Now while the Elite 65e may not have the same battery life as something from Sony or Bose, it is also a bit cheaper, and actually has Active Noise Cancellation, a good number of earbud-style headphones from Sony and Bose do not, for this price. So Jabra is really competing with the big boys here, and it's a good thing. If you are looking to pick up a pair of the Jabra Elite 65e, you can do so from the link down below. The regular price is $199, but with it being sold at Amazon, the price may fluctuate a bit.

Buy the Jabra 65e
Trusted By Millions
Independent, Expert Android News You Can Trust, Since 2010
Publishing More Android Than Anyone Else
6
Today
141
This Week
633
This Month
3145
This Year
104624
All Time
Advertisement