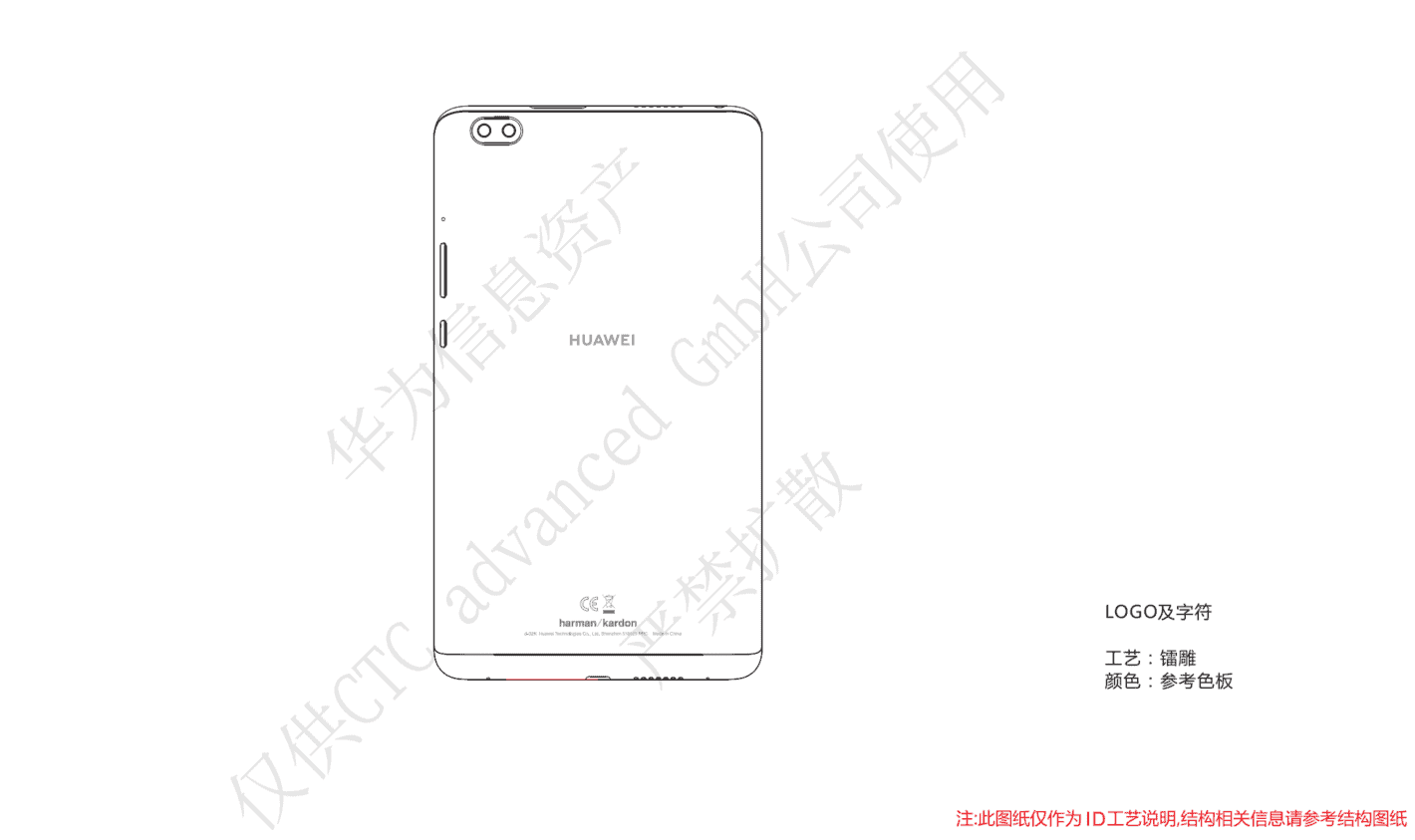 A new Huawei-made Android tablet bearing the model number "d-02K" has been certified by the FCC on Wednesday. As expected, there aren't many details given away by the listing; the schematic diagram, block diagram, operational description, bill of materials list, and tune-up procedure have all been withheld on Huawei's behalf until June 15 – limiting what little information those would have provided. That doesn't mean that there are no details there at all, however, as the included ID label image does reveal something about the upcoming Android tablet.

For starters, the FCC's tests reveal that the d-02k features support for low-energy Bluetooth 4.2 standard. Conversely, the images provide a deeper speculative glimpse into some external functionalities and at least one internal feature. Starting with the latter, a Harmon/Kardon label is clearly visible on the rear panel of the product. That could mean that the built-in speakers are tuned by the audio experts from Samsung's subsidiary and/or that the headphone and Bluetooth output have been optimized by them as well. On the outside, two speakers are shown, one embedded into the top edge of the slate and one along the bottom. Also along the top edge, the company seems to have included a headphone jack and what appears to be a microSD card slot or a SIM tray. A charging port is clearly visible along the bottom edge and could be either a micro USB or USB Type-C connector. That edge also contains at least one mic. The rear panel itself houses a dual-camera sensor array in a horizontal orientation. Last but not least, the power button and volume rocker are shown on the back of the device at the left-hand side rather than along the edge.

With that said, some confusion will likely be caused by some of the documentation associated with the product. In particular, according to the included FCC RF Test Report, the applicant behind the filing is Huawei Technologies Co., Ltd. and its model number is d-02k. However, the equipment name has been listed as "Huawei Mediapad M5 wp." It's not very plausible that this would be tied with the previously announced Huawei Mediapad M5, though, since that device already passed through the FCC in January. This device also looks to be coming to a Japanese telecom, NTT Docomo, and bands shown by the FCC are of the FDD-LTE and W-CDMA type, whereas dual-band Wi-Fi is also supported. 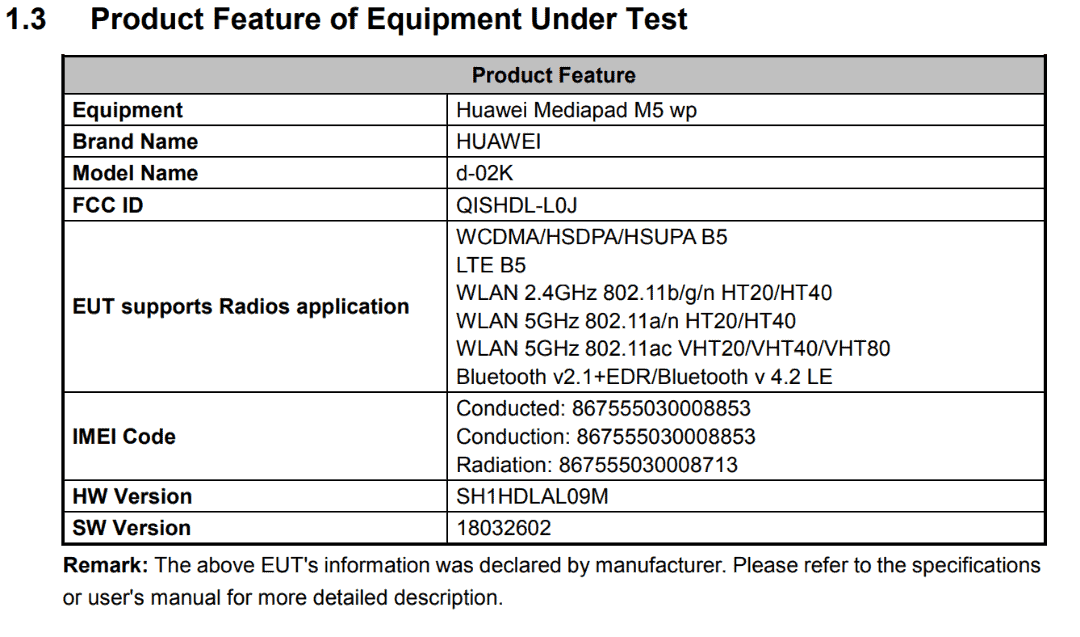