Besides new smartphone VR integrations, HTC's virtual reality arm Vive on Thursday also announced a number of efforts meant to establish a full-fledged VR ecosystem through multiple partnerships spanning a broad range of industries. The company's Vive Wave VR open platform announced last November is still growing at a steady pace, enjoying support from the likes of Skyworth and Pico, both of whom integrated it into their latest VR solutions. In combination with content support efforts, HTC is hoping to unify the fragmented VR ecosystem with the goal of powering a wide variety of applications.

The Taiwanese original equipment manufacturer will soon be ennobling its VR ecosystem with the addition of support for custom avatar creation and a "Social Area" meant to allow users to hang out with one another in an immersive digital environment, with the initiative being part of The Oasis Expansion program. Outside of gaming and general entertainment, HTC Vive is still pushing VR in segments such as education, with its affilite Vivedu recently demonstrating Vive Focus Classroom, a concept of a connected, VR-enabled learning environment of the future that allows students from all parts of the world to participate in lessons.

The Taipei-based firm al announced a partnership with MLB, having pledged to bring a "Perfect Pitch" VR roadshow centered around baseball to ten major cities across China with support from Tencent's video content network. HTC also partnered with Formula One team McLaren, both on VR and augmented reality content, having said the duo will also collaborate on history's first VR eSports directly affiliated with a real sport, offering competitors the chance of winning a spot at the famous F1 team. HTC also partnered with Seagate on a range of accessories meant to enhance the storage options and battery life offered by contemporary VR headsets and other devices, including smartphones. The newly announced VR Power Drive from Seagate is meant to be such a plug-and-play solution for improving the Vive Focus head-mounted display, in addition to boasting native compatibility with the HTC U12 Plus Android flagship debuted earlier this week. The gadget will start shipping to venors and customers in the third quarter of the year. 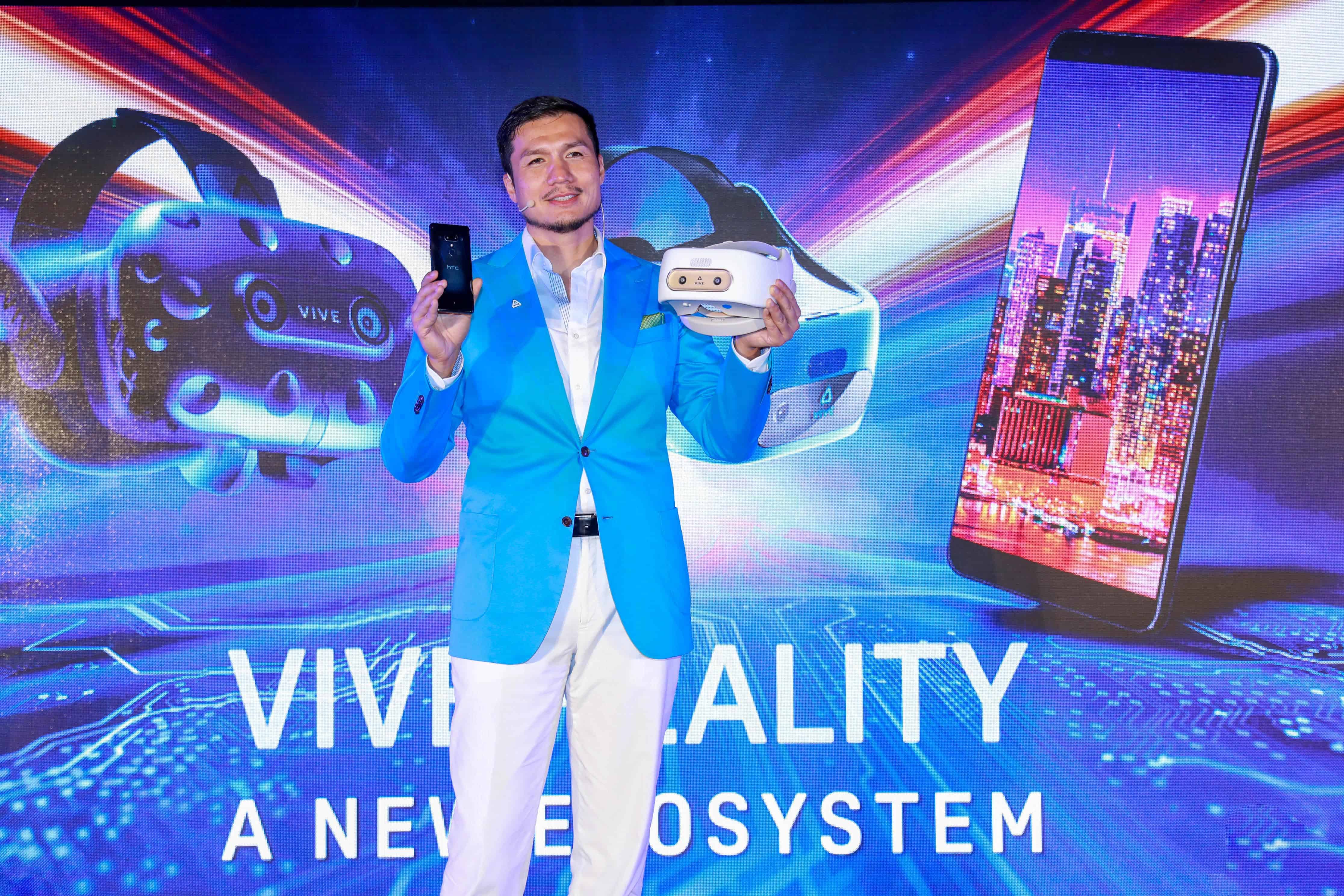