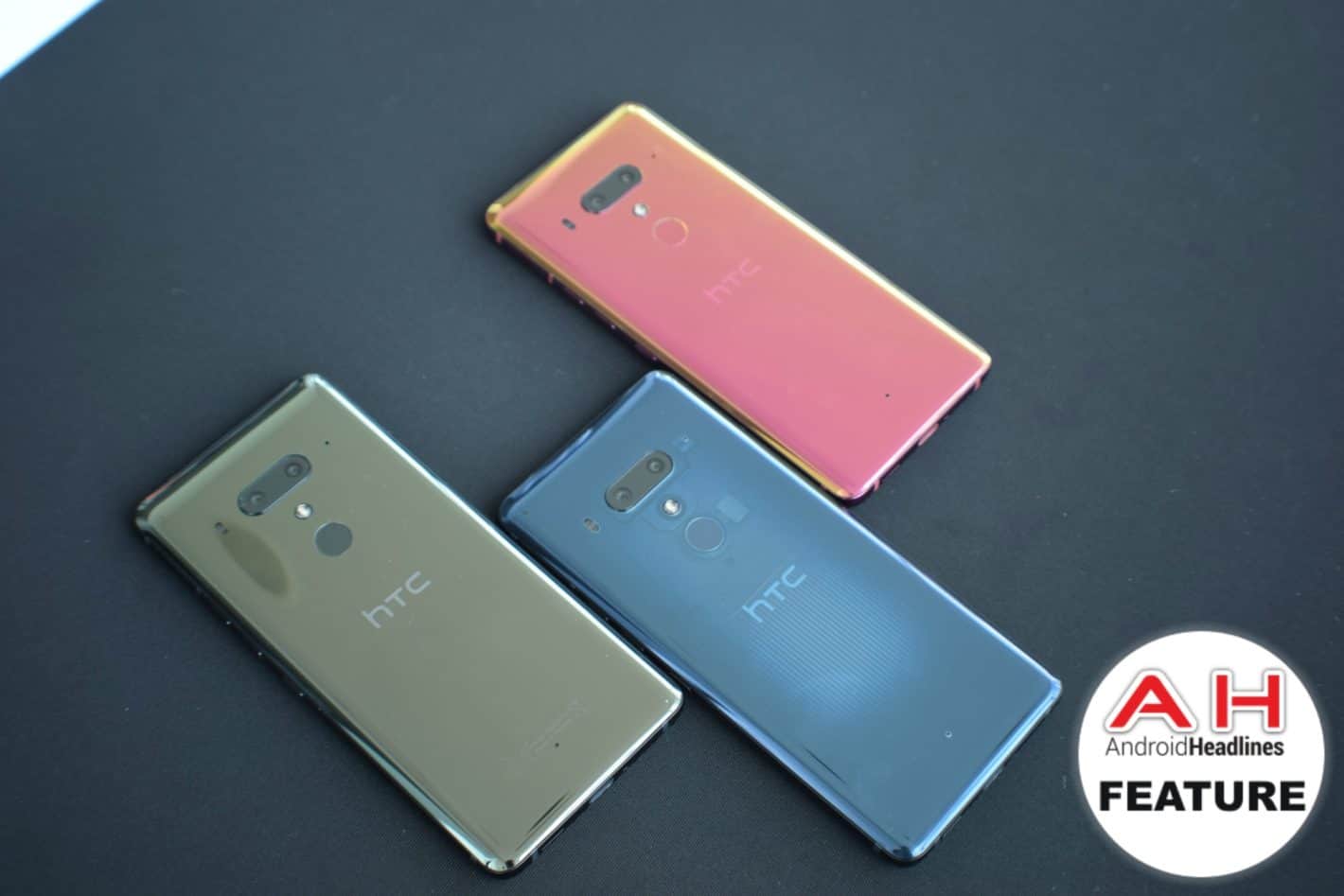 HTC’s latest flagship device, the U12 Plus, is finally official, and it’s definitely a looker. It sports all of the usual specs you’d expect in 2018, including the Snapdragon 845 chipset, a QHD+ display, and a dual-camera setup around the back. But the real question is whether the HTC U12 Plus should be your next smartphone? There’s a lot to like here, and a few things that aren’t all that great. So, let’s break it down and see whether it should be your next device. 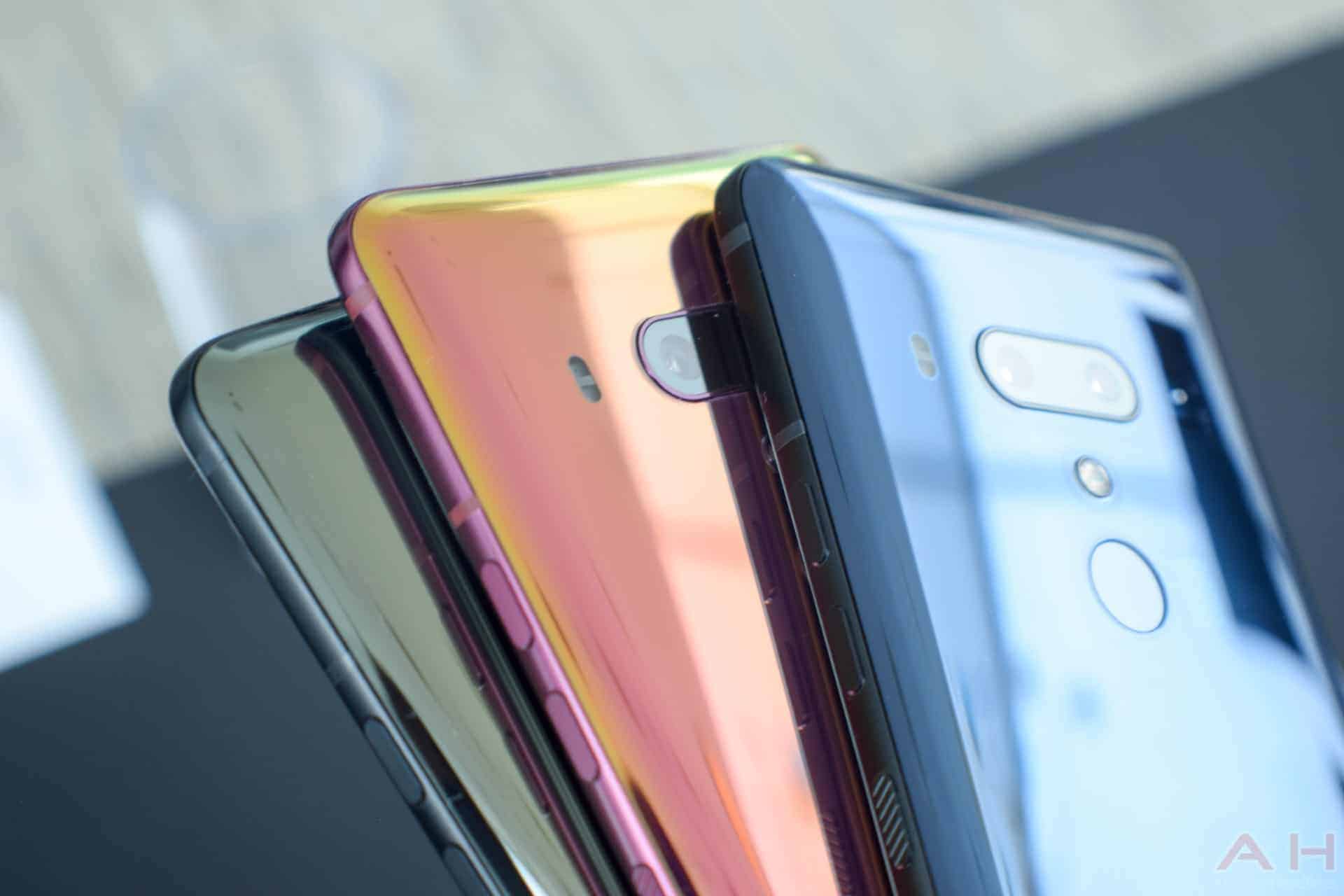 Starting off with HTC’s design here, the company continued to evolve the look of the U11 from last year. With a more refined liquid-inspired design, this handset is still a looker, especially in Flame Red and Translucent Blue colors. The backside is slightly curved and almost melts into the aluminum frame, which makes the HTC U12 Plus not only look good but also feel great in hand. The U12 Plus is not going to turn heads like some other smartphones, but it is a good-looking device. And that’s what you’d expect from HTC, a company that has always made some visually pleasing products.

When talking about design, we have to talk about the squeeze features in Edge Sense. They are still here and seem to be a bit more useful this time around. HTC had added a few more options here. So you can tap the side of the device, squeeze it or do a long squeeze, which can all do different things, and these shortcuts are customizable, too. By default, double-tapping the side of the device will bring it to one-handed mode. And, it’ll move the display over to the side that you tap on, making it even more useful. You can do a squeeze to open the camera and a long squeeze to open Google Assistant. Of course, you can switch these up, or use them to do other things like opening the browser, taking a screenshot and much more. All three are customizable which is a good thing. Of course, if you wish not to use Edge Sense, you can opt to completely turn it off.

Software is something that HTC doesn’t talk about a whole lot these days, and when questioned about it, HTC said it’s because the company is moving closer to stock Android and taking less “extra” features out. So it doesn’t need to spend half an hour talking about the changes to Sense. And that’s still true here. The HTC U12 Plus does resemble stock Android on some fronts, though it doesn’t look like stock Android. HTC is keeping Blinkfeed on the left side of the home screen – which you can still disable as well. It’s running on Android 8.1 Oreo, which at the time of launch, is the latest version of Android that is available. So kudos to HTC on releasing its flagship with the latest version of Android – something that many smartphone manufacturers still don’t do.

HTC has also done a pretty good job with cameras in recent years, even though it hasn’t gotten much praise for them. HTC was first to go with larger pixels in its cameras, and also use a dual-camera setup in the One M8 a few years ago. Both decisions turned into trends that the industry is still following these days. HTC has brought its fourth-generation UltraPixel camera here on the U12 Plus, which is going to take some great photos in low light. It even has an f/1.75 lens to go along for the ride. Now, we did get a chance to use the U12 Plus’ camera during our hands-on time, and the pictures did come out pretty well, but that was in a bright room with windows on a sunny day. So there wasn’t much testing of low-light unfortunately. But it should do pretty well.

BoomSound remains on the U12 Plus. It’s not stereo front-facing speakers like HTC did on the One series, but instead, it is using the bottom-firing speaker and the earpiece for stereo sound here. That’s a trend that has really caught on recently. HTC says that the U12 Plus is about 30-percent louder than the U11 was, and this was done by tuning the tweeter and woofer inside the device. So you’re getting louder audio here, but not distorted audio. It’s still rich with some deep bass and clear mids and highs. It’s tough to say how good it is in words, you’ll want to check it out in person. 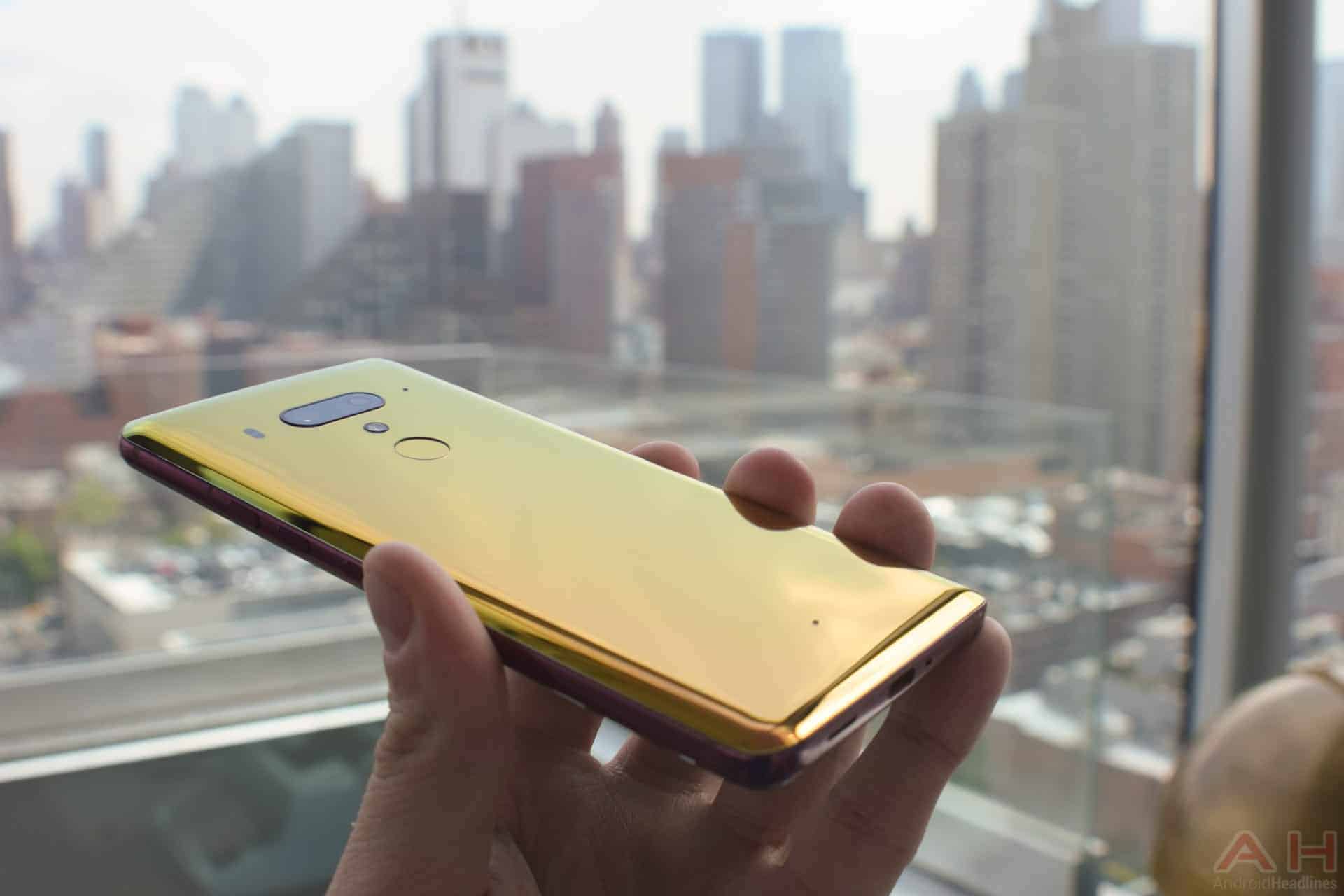 HTC, once again, is selling its smartphone unlocked through its website as well as Amazon. Now that’s not a bad thing in most regions, but in the US, many customers buy smartphones through their carrier and not as an unlocked device. Which is going to limit the number of units HTC is able to sell. But it does mean that HTC can sell one SKU in the US, and roll out one updated to all of its US-based models at once. Making updates quicker than usual, and that’s always a good thing. Of course, this also means that you’re going to need to pay the full price when you buy the phone or sign up for HTC’s own financing. And that means you won’t get to upgrade every six months like T-Mobile customers can on Jump On Demand. Not the worst thing in the world, but still something to keep in mind here. 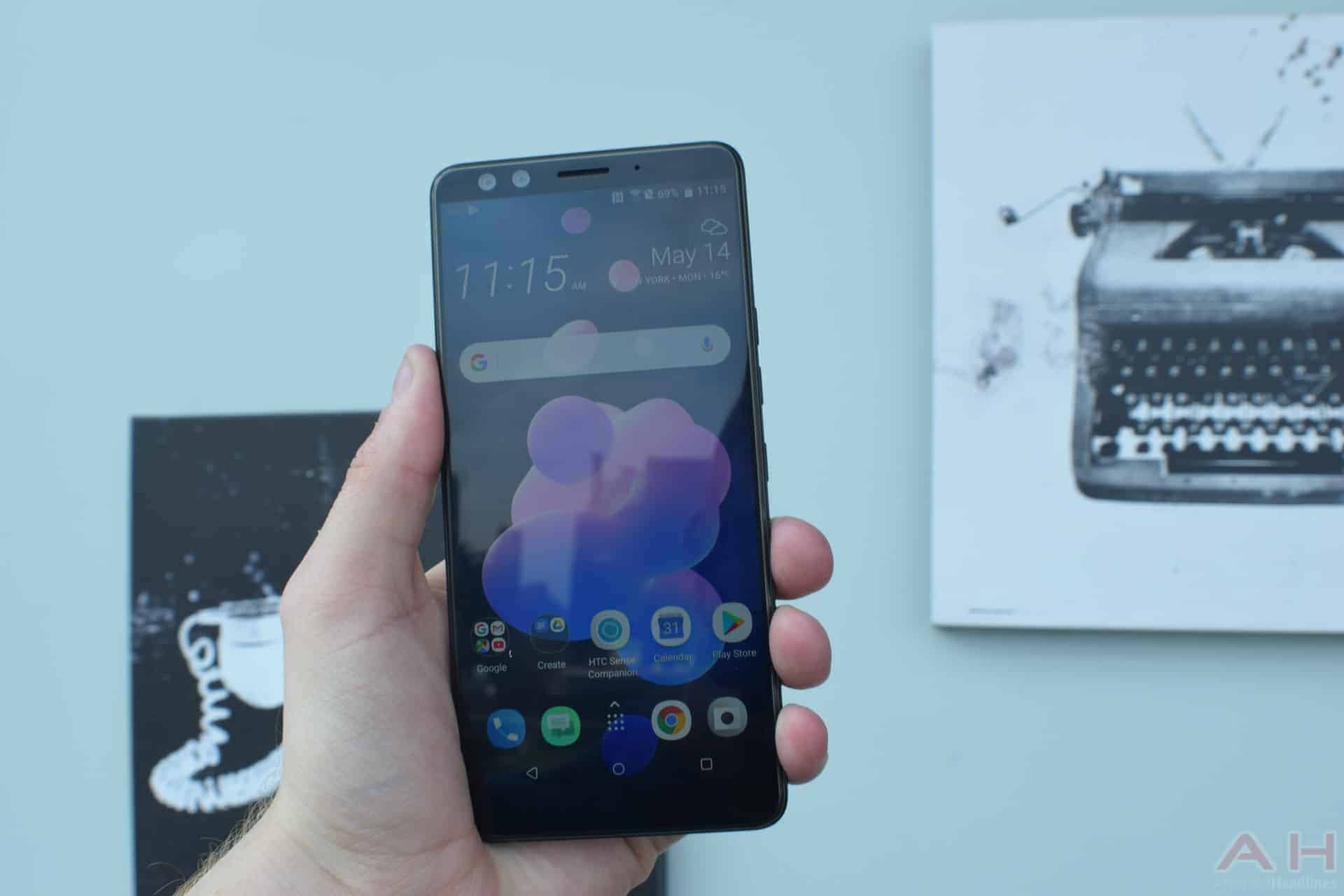 The power and volume rocker are different on the U12 Plus. Instead of using a traditional, clicky, button on the U12 Plus. HTC has decided to go with “digital” buttons. They are still here and protrude from the side like a regular clicky button, but they don’t move. Instead, you touch them to turn the phone on/off and adjust the volume. Don’t worry, touching them gently won’t turn off the phone, you do need to press it a bit more firmly, which is the issue. It feels awkward to put the phone to sleep and wake it up. It’s also unclear why HTC decided to go with a digital button here instead of a regular clicky button. It’ll be interesting to see how these hold up in about six months or even a year from now.

There’s no support for Sprint on the HTC U12 Plus. It appears that Sprint is left out when it comes to supported carriers here. As the U12 Plus will work on AT&T and T-Mobile as usual, because they are both GSM carriers. But it will also work on Verizon, and supports all of Big Red’s LTE bands as well. But Sprint customers are left out. A bit surprising, given the fact that HTC and Sprint have had a pretty good relationship over the years. But if you are on Sprint and thinking about picking up the U12 Plus, you’ll want to think twice here. 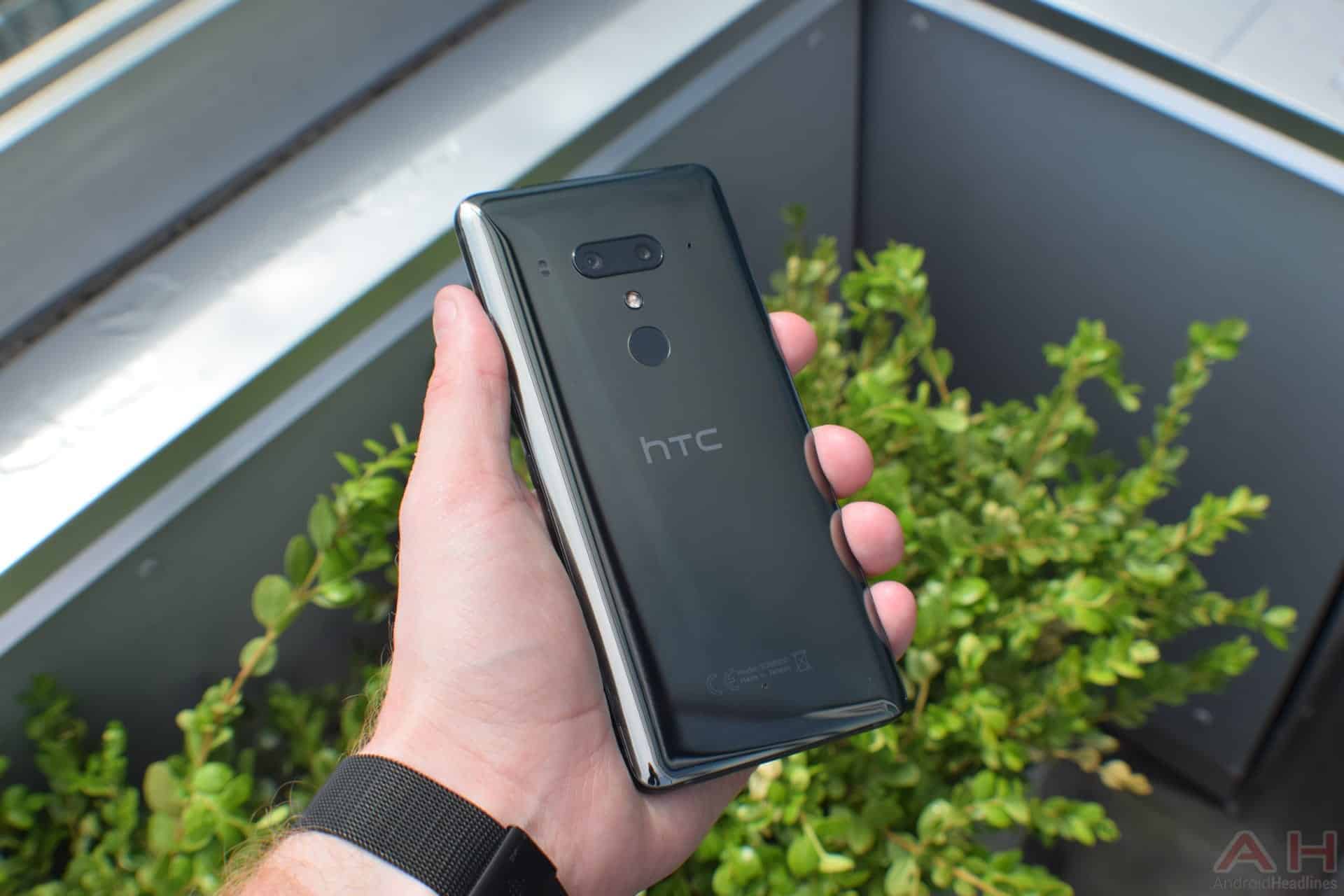 There really is a lot to like about the HTC U12 Plus, and there’s very little not to like here. HTC has given everyone stereo sound with Boomsound, given users top-of-the-line specs, including 6GB of RAM and a fantastic camera. There’s not a lot missing here. The only way that the HTC U12 Plus doesn’t become a success is if HTC doesn’t market it well. Which is very likely to happen, sadly. HTC isn’t known for its marketing, and of course, not being in carrier stores is going to hurt sales as well. But if you’re in the market for a new device, and don’t mind spending a good amount of cash on a great phone, then the U12 Plus is definitely worth buying, so long as wireless charging isn’t on your priority list.