Huawei’s subsidiary Honor will be debuting its next mobile offering in the form of the Honor Play early next month, according to a new teaser shared by the Chinese phone maker on social media network Weibo. The device in question is understood to be the first benefactor of Huawei’s latest breakthrough technologies that its consumer unit CEO Richard Yu mentioned as coming soon earlier this month, having described them as “very scary” in a positive sense.

The Honor Play will be announced in Beijing on Wednesday, June 6, as per the new teaser which can be seen below. The Huawei-owned original equipment manufacturer also revealed some artificial intelligence capabilities will be part of its next mobile package, with at least a portion of them being aimed at improving the imaging capabilities of the device and AI-assisted beautification being the main implication of that claim. The Honor Play is being teased as a high-end offering focused on mobile gamers and recent reports are mentioning AI-powered “4D gaming” as being one of its supported features, though it’s presently unclear what that functionality actually entails.

The new technologies set to be implemented into the Honor Play have been developed by Huawei whose recent R&D efforts in the mobile segment have been largely geared toward AI and photography. While the solutions will debut with an Honor-made device, they’re also planned to be integrated into numerous future products from both the phone maker and its parent, Mr. Yu said earlier this month. Huawei is currently the world’s third-largest smartphone vendor by both shipments and sales, being behind only Apple and Samsung, with the same order applying to the list of the biggest R&D spenders in the smartphone industry. Honor is an important part of the company’s overall strategy aimed at aggressive global expansion, being touted as a more accessible counterpart to Huawei’s products which have been profiling themselves into mainstream, less affordable offerings in recent years. 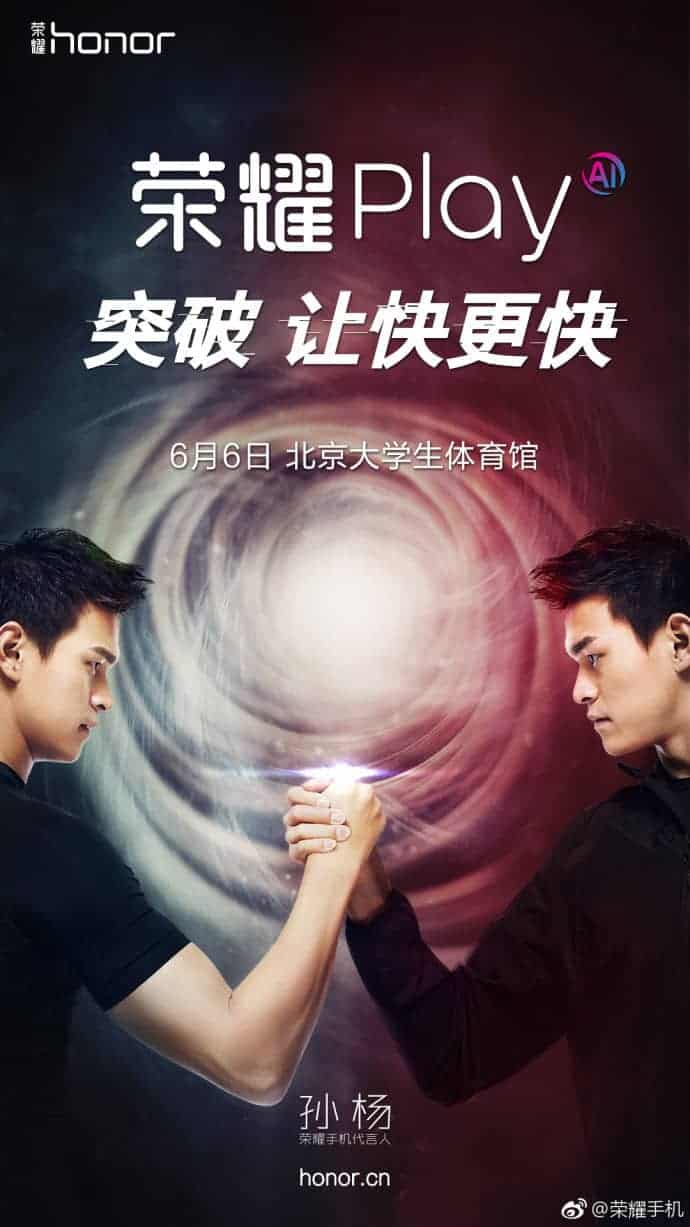