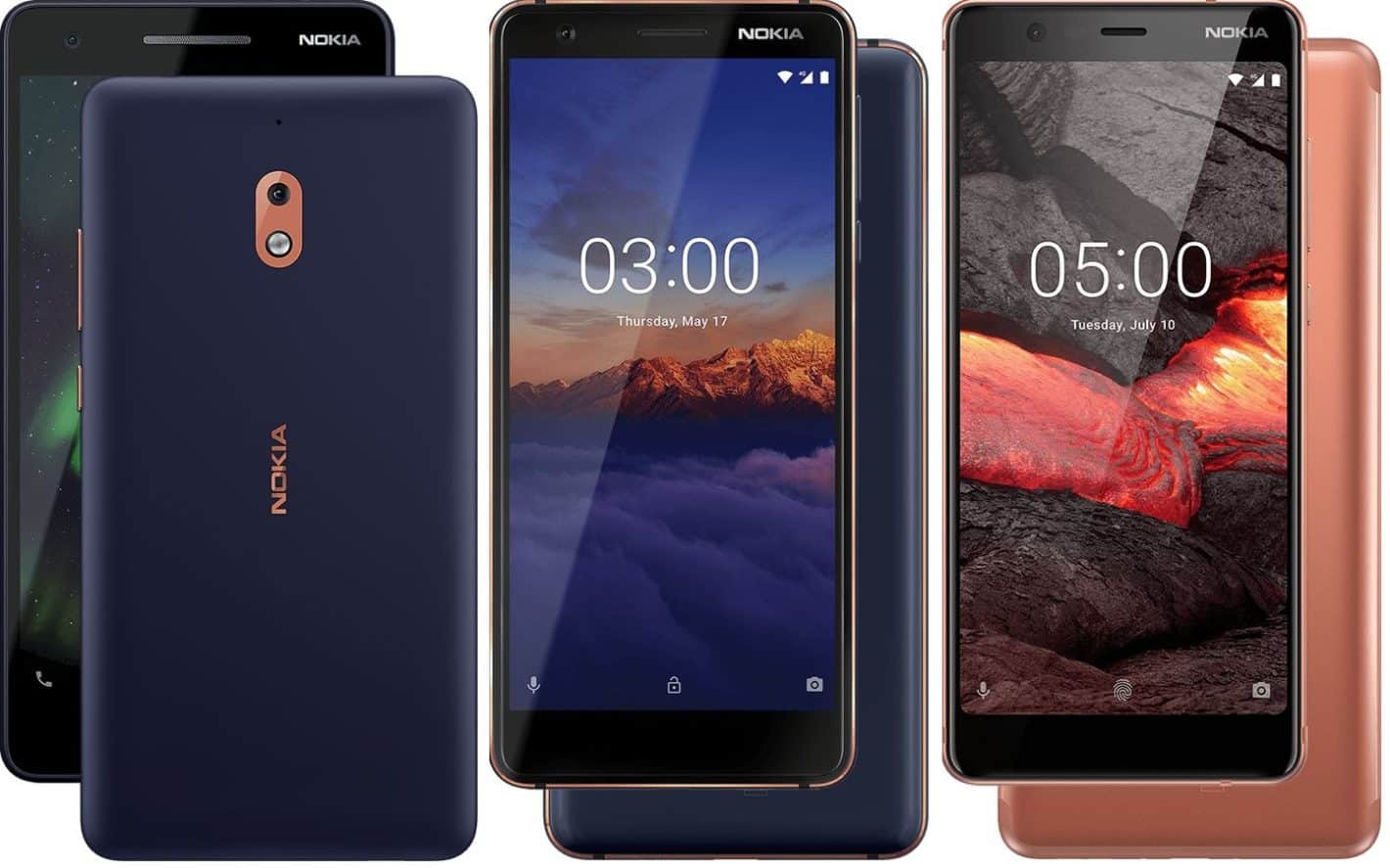 HMD Global has introduced the second-generation Nokia 5, 3, and 2 devices with bigger displays, improved processor performance, and other enhancements. The Finnish company started handing out invites in the middle of this month for an event scheduled on May 29 in Moscow, Russia, and while HMD Global did not mention any specific devices on it, the Nokia devices were already expected to launch during the event that took place today. The trio of Nokia-branded devices is designed to incorporate premium aspects into the Finnish company’s mid-range and budget smartphones while keeping the prices low, starting with Nokia 2.1, which will retail for $115 once it hits global availability in July this year. This budget handset sports a 5.5-inch HD screen and is powered by the Qualcomm Snapdragon 425 chipset. HMD Global also squeezed a modest 8-megapixel rear camera with autofocus and a 5-megapixel front camera into the phone. The budget phone also packs a 4,000mAh battery which supports quick charging. It has dual front-facing stereo speakers and comes in three color variants: blue/copper, blue/silver, and grey/silver.

The Nokia 3’s next-generation device, called Nokia 3.1, features a 5.2-inch HD+ display with an 18:9 aspect ratio, with the 2.5D curved screen guarded by the Corning Gorilla Glass protection from shock and scratches. The Nokia 3.1 is fueled by the MediaTek 6750 octa-core chipset which offers a 50 percent performance upgrade from its predecessor announced in February last year. It will also ship with two options for RAM and native storage: 2GB/16GB and 3GB/32GB. The phone includes a 13-megapixel rear camera as well as a host of sensors regularly baked into premium devices. The Nokia 3.1 will come in three color options, namely blue/copper, black/chrome, and white/iron, with its global availability scheduled in June 2018 at €139.

Nokia 5.1, meanwhile, is the more stylish of the trio, being made out of the 6000 series aluminium to produce a satin finish. The phone’s 5.5-inch Full HD+ display is 0.3-inch bigger than that of its predecessor, with an aspect ratio of 18:9 and a higher resolution. The device is powered by a MediaTek Helio P18 octa-core processor clocked at 2.0 GHz and it boasts an upgraded 16-megapixel rear camera with phase detection auto-focus and wide-angle front shooter. It also includes a fingerprint sensor placed on the back of the phone for more comfort in unlocking the device, for instance. It’s available in three color variants: copper, tempered blue, and black. It also ships with two options for native storage and RAM, namely 2GB/16GB and 3GB/32GB. Worldwide availability is expected to commence in July starting at €189.