Google announced a slew of changes to Android Auto ahead of I/O this year, but it is also showing off a new “Google In-Car Concept” at the developer conference. It’s slightly different from the Android In-Car Concept that it showed off last year at Google I/O, with the main difference here being that it has the Google Play Store. The other main difference is that the car maker is not able to customize it, like it can the Android In-Car Concept. Google did note that everything is controlled through the display on the Dodge RAM 1500 here, and normally HVAC controls would be available too, but since there are physical controls for HVAC around the display, Google decided it wasn’t needed. However, you can use the Google Assistant to have the car turn on the AC, adjust the temperature and much more.

The display is a tall display (similar to what Tesla has in its Model S), and Google has adjusted the UI to work better on that display. The top two thirds shows the app that you are using – whether that’s Google Maps, a media app, or something different. While the bottom third shows media controls on the left side and notifications on the right side. It’s a pretty simple UI, with different options at the bottom for going home, navigation, music, phone and such. Now while Google has said that it is not possible for car makers to change the UI, Google did add some blue accents to match the UI that Dodge has in the car, so it looks more seamless. 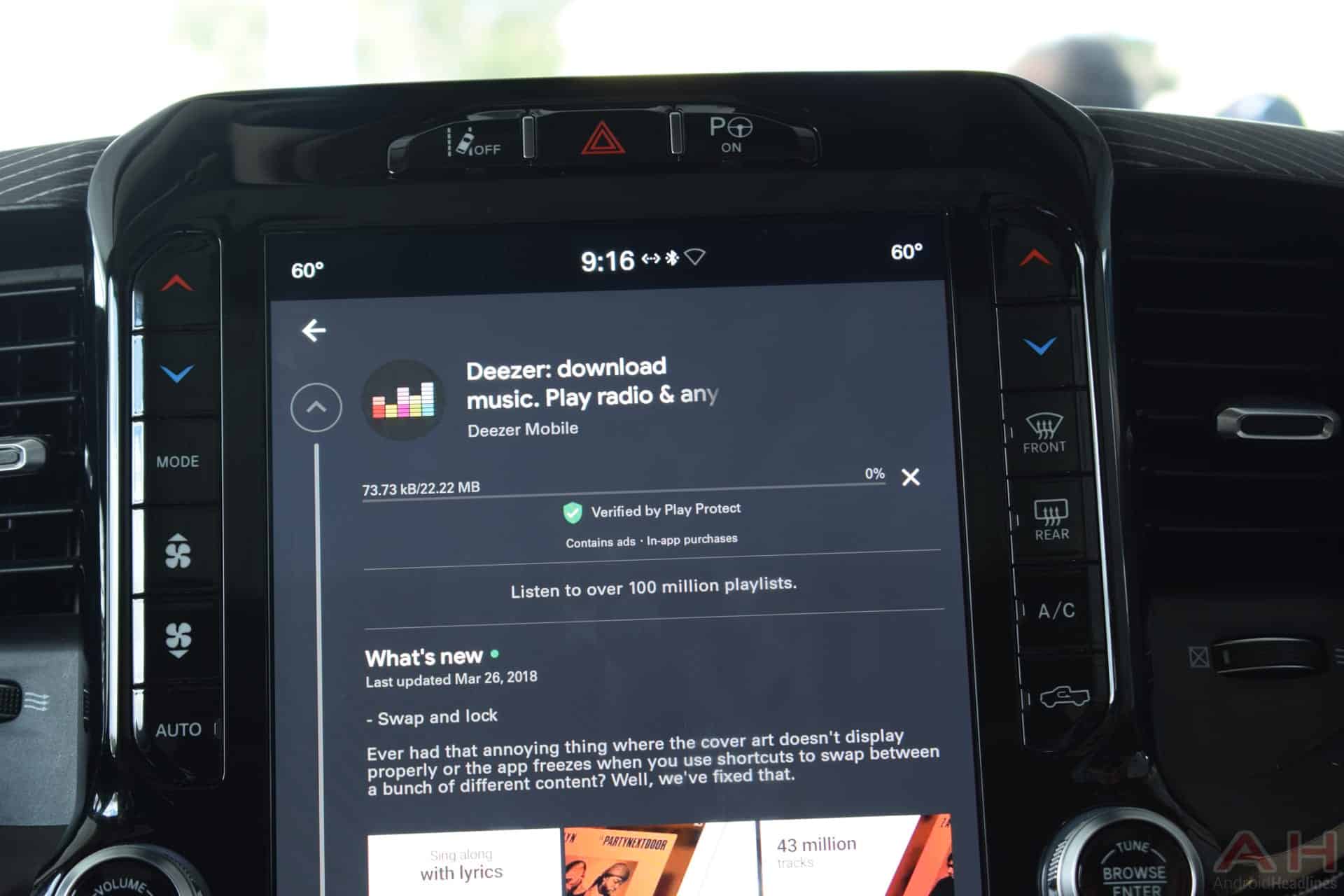 With this concept, everything is stored on the car. There is the Google Play Store here, so you can instantly download apps onto the vehicle and get started. Now the Google Play Store here only has Android Auto apps, and not the full Google Play Store. That means you are limited to media (like music, audiobooks, podcasts, etc) and messaging apps. The reason for this is that Google does not want to give users the ability to install apps that could distract them while on the road. That’s been a pretty major focus for Google since Android Auto debuted a few years ago.

Google Assistant works in this concept, and it is able to do just about anything. That includes being able to control the air conditioning and heating in the car. For example, you can say “Ok Google, turn on the air conditioning”, and it’ll turn on. Now that didn’t work at first in our demo, as the Google Assistant was having some issues. But Google did make sure we knew that this was a concept and not final software – or even close. So there’s still plenty of work to be done here with the software. Google Assistant will run both online and offline, so if you don’t bring your phone with you, and your car doesn’t have internet built-in, you can still use the Google Assistant.