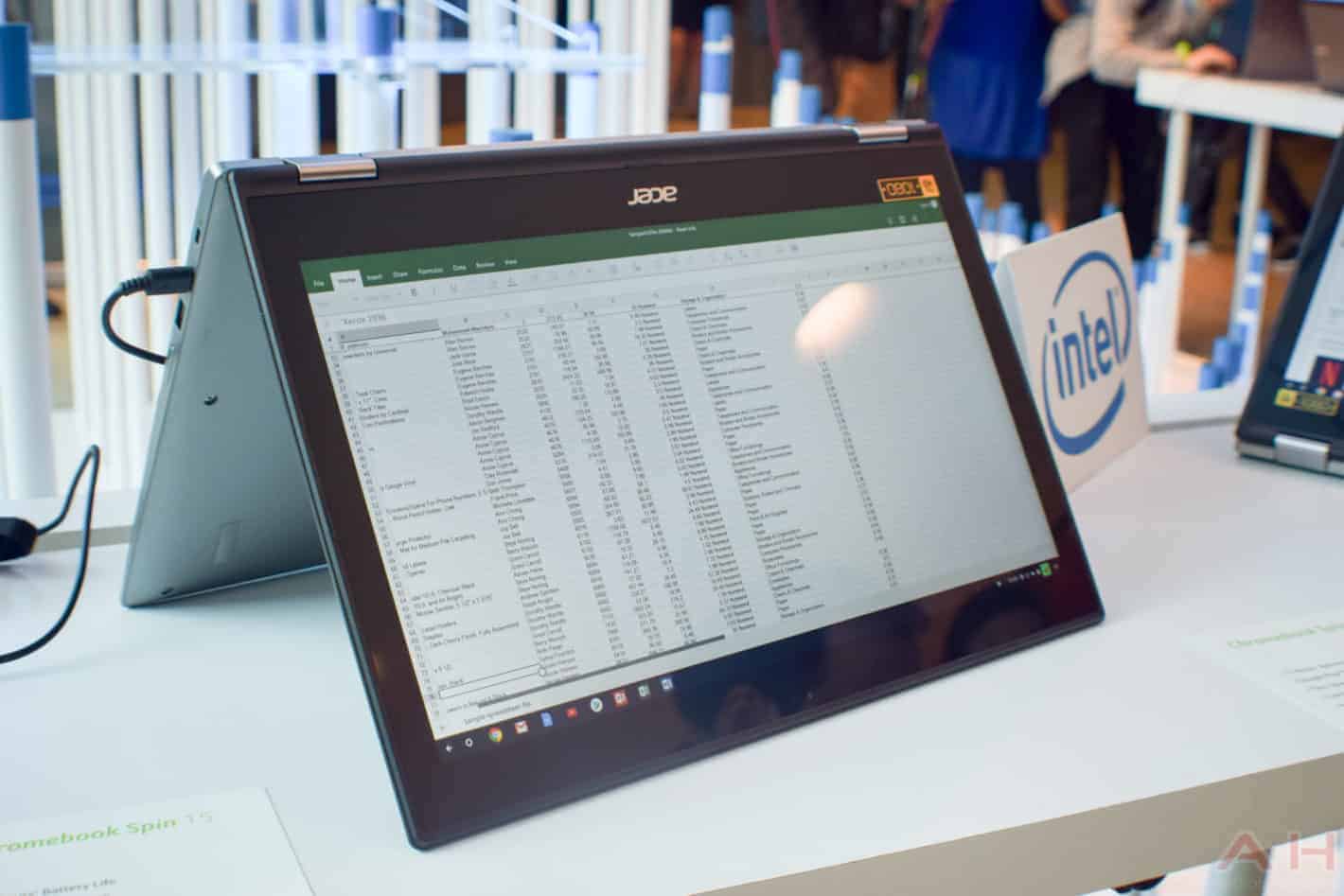 Acer announced a slew of new Chromebooks at its global launch event in New York City today, including the new Chromebook Spin 15. It's a larger Chromebook from Acer that has a 1080p touch-enabled display. Since this is in the Spin lineup, that means that it is a touchscreen model and can be used in tent mode and as a tablet. Making it a great option if you are looking for a tablet that runs Chrome OS (of course, Acer has that too, in the form of the Chromebook Tab 10). The Chromebook Spin 15 is a pretty big Chromebook from Acer, it has a fairly large 15.6-inch display, but also some sizable bezels to boot. While this is technically a portable Chromebook, it's not one you're going to be moving around all that much. Acer does still quote this as offering thirteen hours of battery life, which is rather impressive given that large display and how light it is (around 2.1kg).

The Chromebook Spin 15 is a pretty good-looking Chromebook from Acer, and it does run on Chrome OS, so you are a bit limited in what you can do with this Chromebook Spin 15, but you do have the Google Play Store there, which means that Android apps and games are available. Of course, the main apps that Acer was showing off were the Microsoft suite of apps including Excel, PowerPoint, and Word. These are apps that are available on your smartphone and actually work really well. But on a larger device, like a Chromebook, it really allows you to get a bit more work done. All of the apps in the Play Store do work on the Chromebook Spin 15, including the likes of Twitter, Facebook, Photoshop and more. Which is pretty nice on a 15.6-inch display. 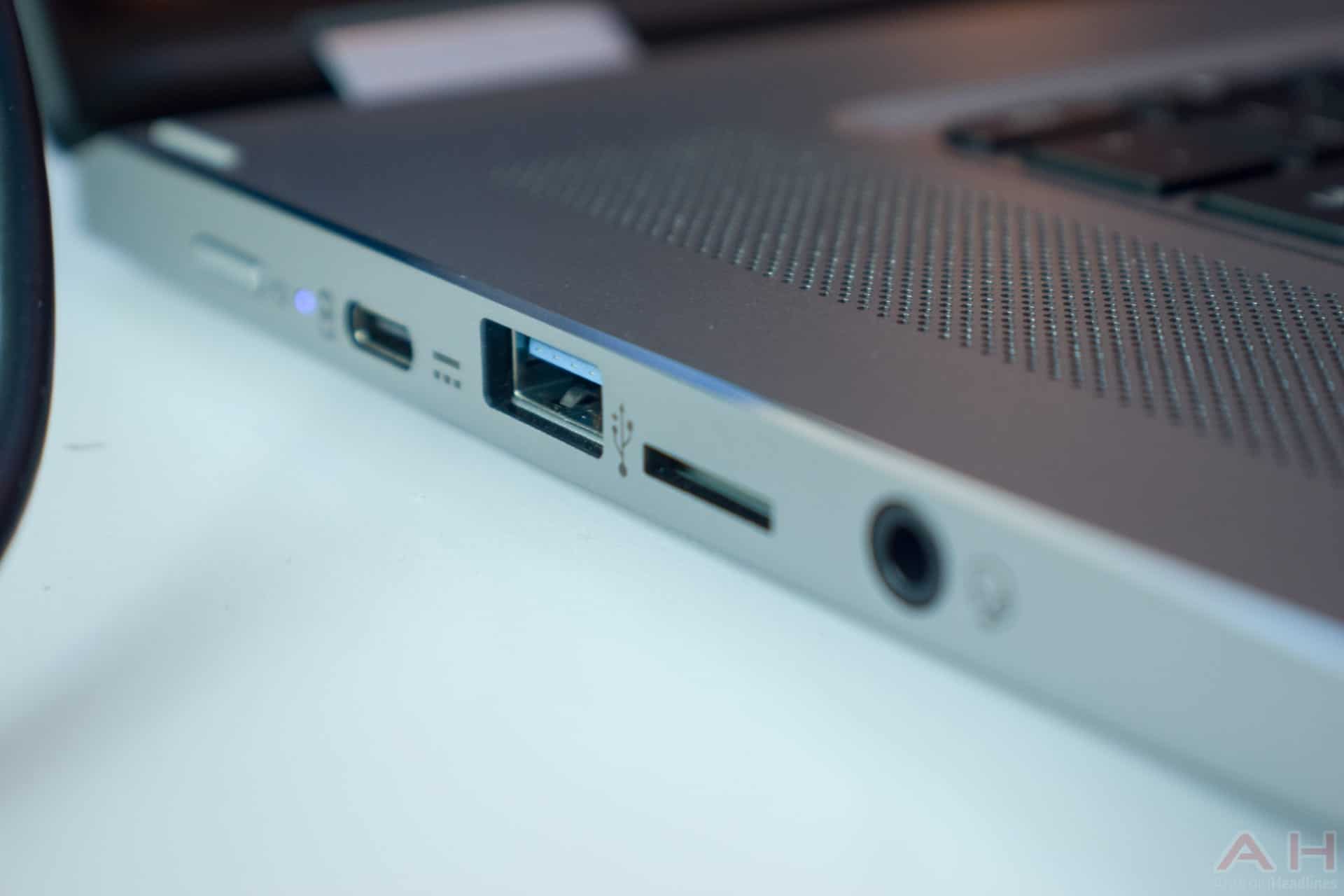 Acer has always done well with Chromebooks, having delivered over 100 million Chromebooks since 2012, and the Chromebook Spin 15 is likely to be another popular one. While it is larger than most other lightweight laptops these days, it does have some pretty decent specs. That includes a Full HD touchscreen here, with the choice of three processors (Intel Celeron N3450, Celeron N3350 and Pentium N4200) as well as up to 8GB of RAM. There's also the choice of 32GB or 64GB of storage on board, which for a Chromebook, is going to be plenty. The Chromebook Spin 15 is going to be available in a slew of different variants with different processors, RAM, and storage configurations, as Acer always does. So there is something for everyone here.

With the Chromebook Spin 15, Acer hasn't really changed up its hardware, it's still using a metal build here, and has black bezels around the display. The bezels are all glass, unlike the regular Chromebook 13 and 15 that were announced today, which have metal bezels around the display and keep them a bit safer when they are dropped. The Spin 15 does have a good amount of peripherals here. With a USB-C and USB-A port on the left side along with the micro SD card slot, headphone jack, and a power button. While the right side has two more USB-C ports, a USB-A port, and a volume rocker. And since the Acer Chromebook Spin 15 is powered by USB-C, it makes it a bit more versatile for charging it while also using the Chromebook.