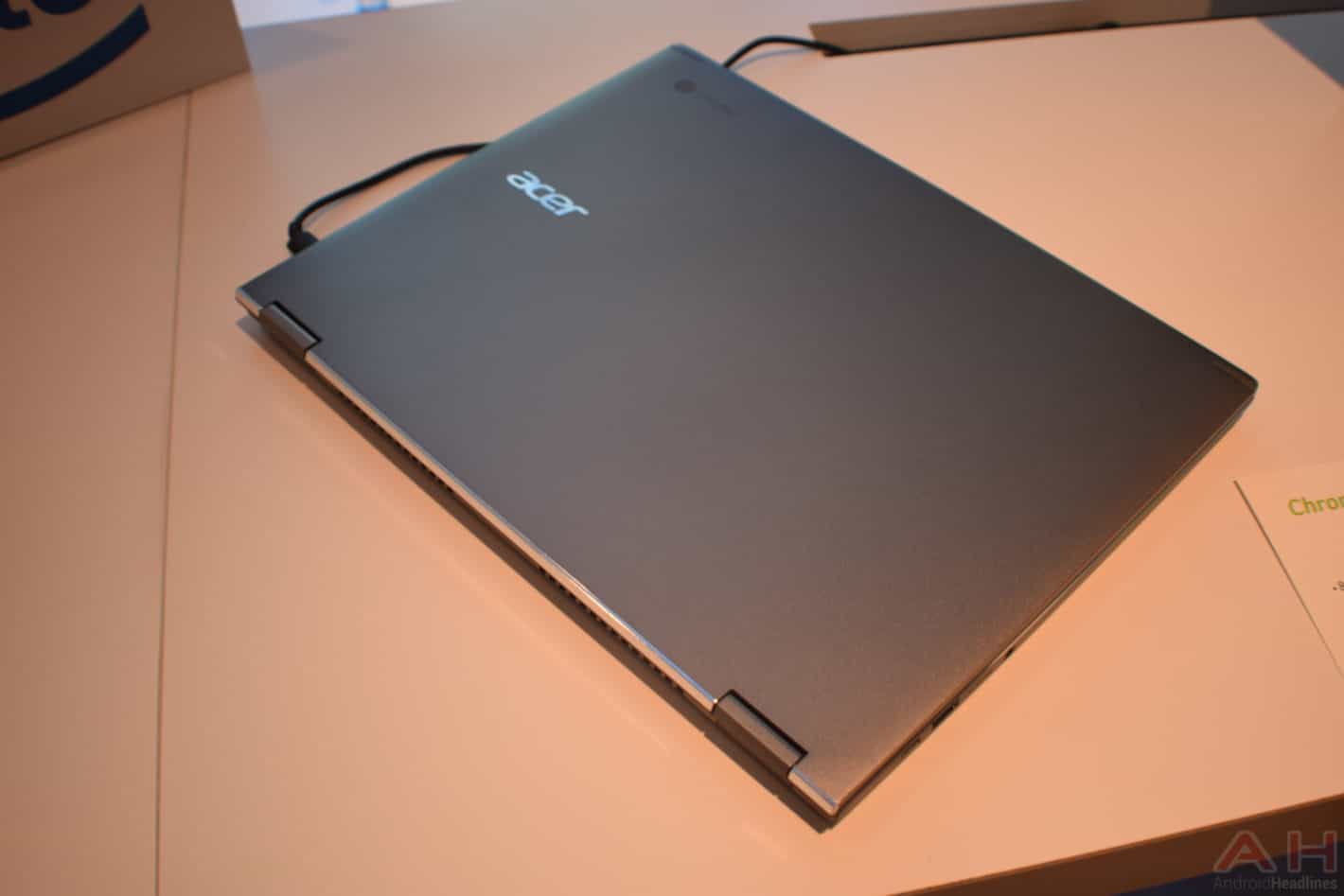 Along with the Chromebook Spin 15, Acer also announced a smaller version in the Chromebook Spin 13. This one is much smaller than the 15.6-inch Chromebook that was also announced and is likely going to be its most popular one. It also sports a slightly taller display, with a 3:2 aspect ratio. It's a 13.5-inch display with a resolution of 2256×1504 which actually makes it a rather high-resolution display for a Chromebook these days. It is a touch screen, since it is part of the Spin lineup, so you are able to fold it back and use it like a tent and even as a tablet. Now the regular Chromebook 13 has the same display, but it is not a touch screen display here, so there's no folding it back and putting it into a tent or tablet mode.

The Chromebook 13 and Chromebook Spin 13 come with an aluminum chassis so they can withstand the office workplace, and both weigh just 1.58kg so they're fairly lightweight, which makes them perfect for sticking in a bag and lugging them back and forth to work  on a daily basis as they shouldn't be too heavy to carry. You'll get Android app support through Google Play on both Chromebook models here, but only the Chromebook Spin 13 comes with a touchscreen so using the apps on this model may feel more natural and akin to using them on an Android smartphone or tablet.

With the size and weight of both Chromebook 13 models these really are perfect for the workplace individual who needs a laptop to carry back and forth, and that's likely what Acer was going for. The screens are big enough for the work that may need to be done but small enough that it shouldn't feel like you're carrying a large computer with you wherever you go, and the inclusion of multiple variations means that there should be a model that's perfect for everyone whether there's a need for a more powerful processor, more storage, or the touchscreen with a stylus pen. For the night owls and those that work in more dimly lit rooms both Chromebook models come with a backlit keyboard so it'll be easier to see each key as you type, and although it's not a big deal for some if this feature is missing it certainly helps when you don't have enough light to see the keyboard in a properly illuminated situation. Keeping this in mind, use of the backlit keys at full brightness is sure to have an impact on the battery life, so if you plan on using them it's a good idea to keep the charger with you just in case you need to plug the laptop in. That said it might be a good idea to keep it with you at all times anyway, as the designated battery life may not be enough for some. Though the Chromebook 13 and Chromebook Spin 13 only come in one color, the color is more neutral and should fit in better with most professional workplace settings.