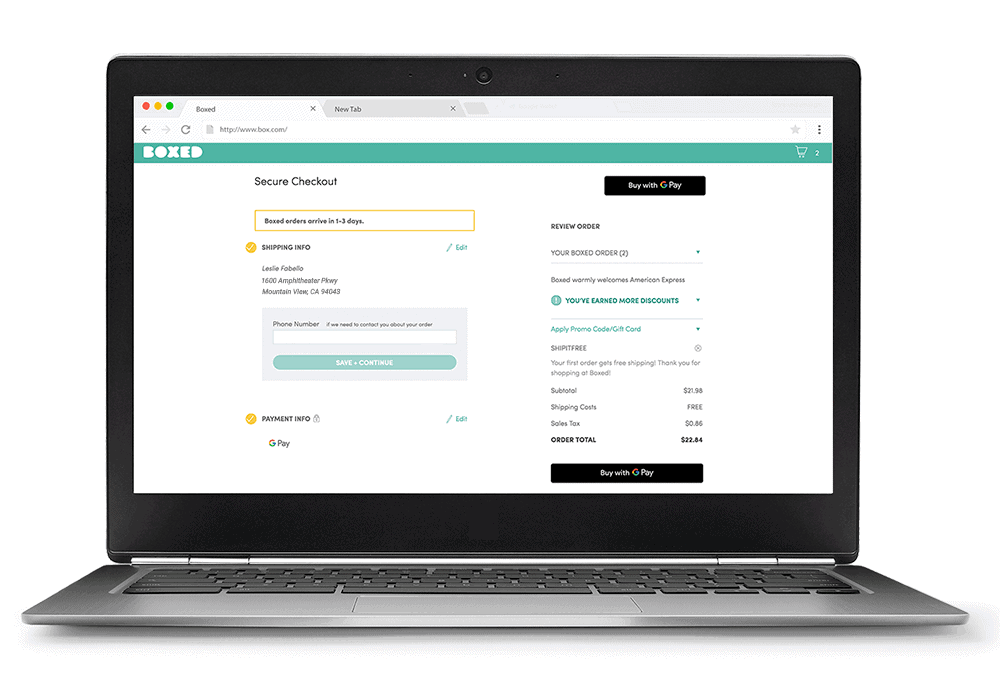 Google Pay is beginning to roll out to the web for desktop devices which means if you like to shop online you’ll now start to see the ability to use your Google Pay account to make purchases for the things you’re already buying if you happen to be shopping from your desktop web browser. This support will be included for multiple browsers including Google’s own Chrome browser as well as Mozilla’s Firefox and Apple’s Safari browsers, and it’s possible that more browsers will be supported but at the moment Google only mentions these three. However, it does say that users will begin to see Google Play as an option in browsers “like Chrome, Firefox, and Safari,” but does not say it won’t be supported in other browsers, so there is always a chance that Google is working on it.

There doesn’t seem to be a definitive list of websites and online retail shops which will have the Pay With Google button as an option, so online shoppers will just have to keep an eye out for it. As more and more websites start to offer this as a payment method though it’ll be a lot harder to miss

Google Pay recently passed the 100 million installs mark back on April 19, and with the Pay With Google button rolling out to desktop browsers it’s possible this will convince those who haven’t installed the app yet to give it a shot now that they’ll be able to buy from either desktop or mobile browsers. Google initially announced and rolled out the Google Pay app to Android device in the beginning of January 2018, so it’s had a few months on the Play Store to reach its current 100 million installs milestone, and it has given Google plenty of time to improve it in any ways that have needed improvement. Of course none of this matters if uses don’t add any cards into the Google Pay app, so as Google notes, that should be the first step upon grabbing it.