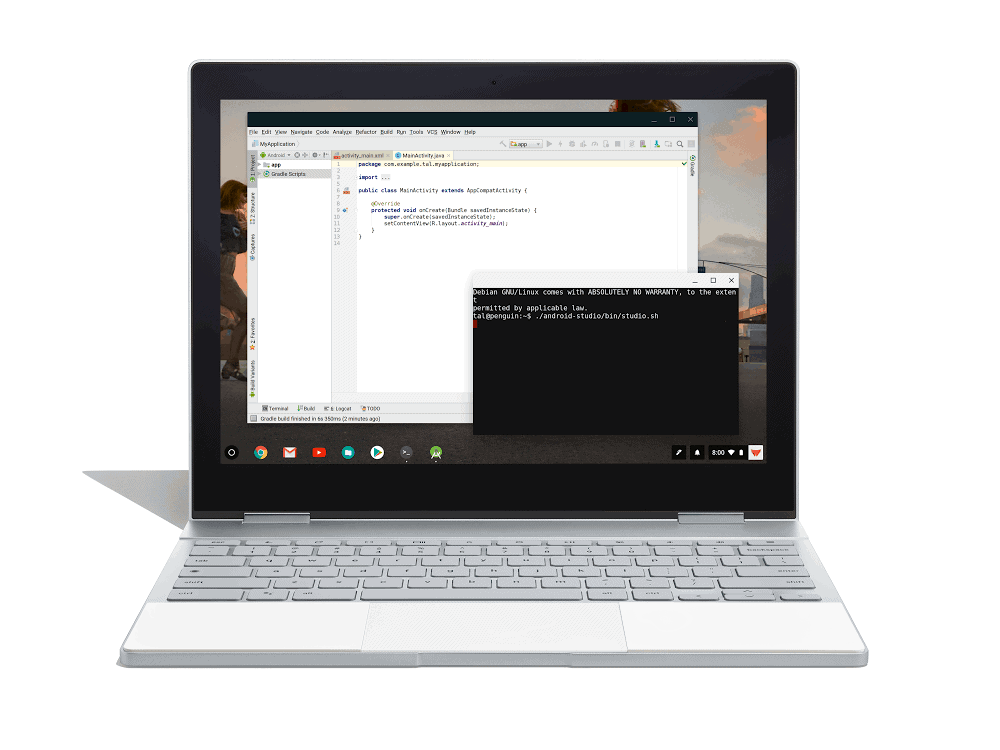 Google brings Android and web development capabilities to Chrome OS thanks to its newly-added support for Linux, which means developers and any users interested in development will be able to finally do their work on Chromebooks and other Chrome OS-powered devices, something which the platform has been lacking for years despite it being a highly requested functionality. Google made the official announcement today during its I/O 2018 developer conference, noting that it will be enabling Chromebooks to be used for coding this year.

This is great news for anyone who prefers the Chrome OS platform but also needs development tools and features. Google does not however, mention when the new capabilities will be available shy of a preview version of it that will “be released soon,” and this is only being released for the Google Pixelbook for now. This means developers will still be severely limited if they’re wanting to do any coding work on a Chromebook as the Pixelbook is the most expensive device of any laptop on the platform. Googles does hint that it will have more to share on Linux on Chromebooks as Google I/O continues over the next couple of days, stating that anyone interested should stay tuned, so while it doesn’t give any details or specifics there should be more to learn. What exactly that will be is still unclear.

When the feature does launch officially and for more devices, it looks like Google has designed things to work pretty fluidly with Chrome OS. Linux will run on Chromebooks inside of a virtual machine and developers will be able to open Linux apps with a simple icon click, as well as drag around files and folders. Google also highlights that the virtual machine which runs Linux was designed from the ground specifically for the purpose of running Linux on a Chromebook, so it was purpose-built and should run flawlessly.