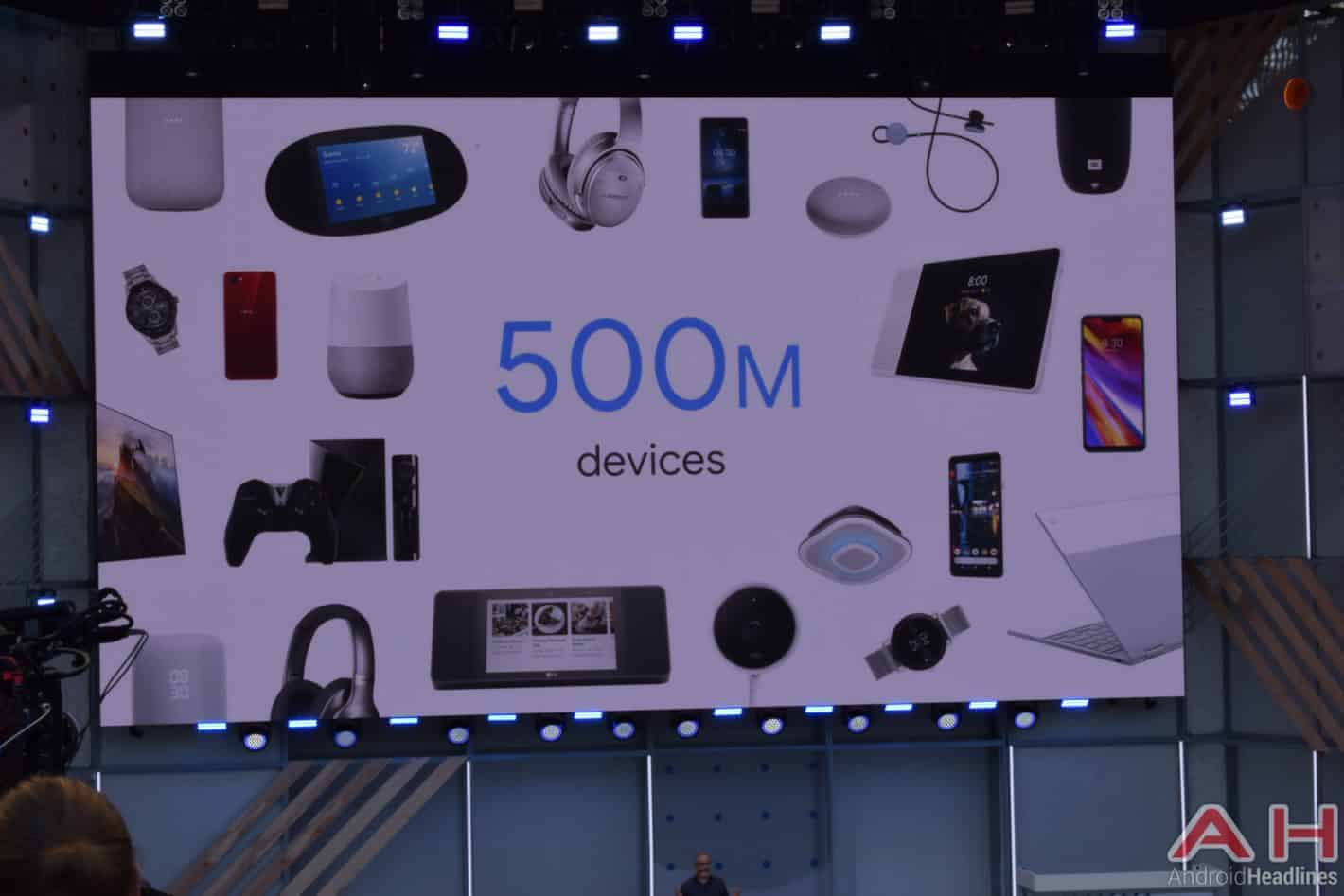 Google Assistant can now be found on 500 Million devices, an announcement that Google made during Google I/O 2018, its annual developer conference that it holds every year to discuss the latest advancements in all its services and products. In addition to being available on 500 Million different devices that consumers can access Google also announced that Assistant is now available in vehicles from over 40 different auto brands, meaning just because you’ve left the home and are in your car during your morning or afternoon commute that doesn’t mean you don’t have to be without access to Assistant. Google also noted that 5,000 smart home devices are equipped with the digital assistant tool, an announcement that it initially made back on May 3.

Google’s rapid expansion of Assistant displays that the company is more determined than ever to make it easier for consumers to do just about anything, from asking a simple question to turning on the lights to booking your movie tickets with Fandango, a feature that it just rolled out very recently. Google’s attention with Assistant should also be no surprise as the world of smart digital assistants is a very big one right now considering doing things by voice activation is a lot easier than having to interact with screens or products physically if it can be avoided by simply speaking.