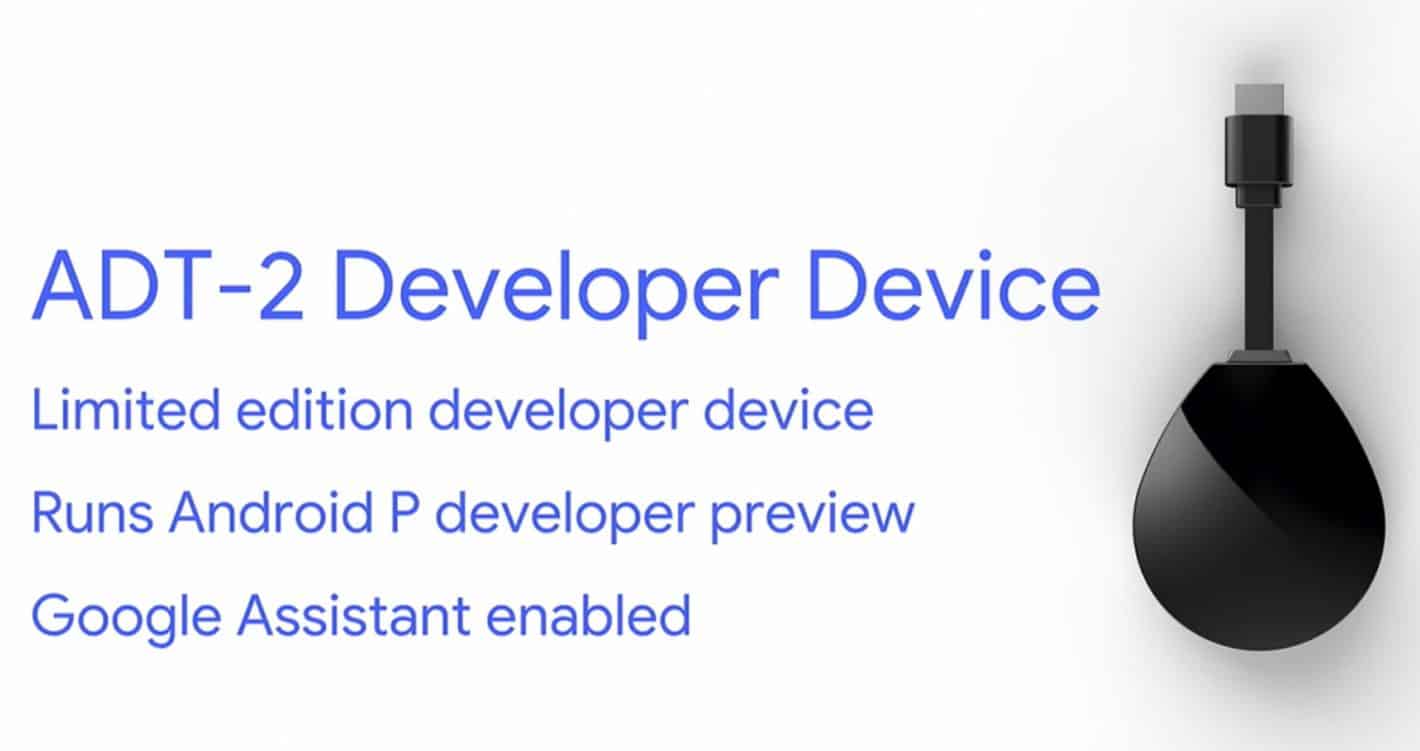 As part of the company’s ongoing developer conference, Google has now taken the wraps off its new ADT-2 developer device for Android TV. This is a new Android TV device and one specifically designed with developers in mind and for use when working on new and upcoming Android TV features. It is, in fact, a follow up device to the ADT-1 developer kit that launched alongside Android TV when it was first announced.

Although the Nexus Player is what many consider to be the first Android TV device, it was only the first consumer-ready device, as the ADT-1 was made available to developers following the I/O event where Android TV made its debut. Considering this year’s event is where Google has announced an Android TV version of Android P is on the way, this new kit has also come through to help with the development process prior to the launch of Android P on Android TV, at the consumer level.

What will be of interest to those who follow Android TV news regularly is this is actually the device that was recently spotted having passed through the FCC. At the time this caused quite a stir as the device was noted appearing to be a Chromecast type of device, but one equipped with Android TV in its entirety. Leading to some to wonder if this was the future direction of Android TV. Though this evidently no longer seems to be the case with the dongle device designed to be compact and simple to facilitate developer needs. While it has been some time since the original ADT-1 was made available, the Nexus Player did prove to be a viable option for developers since then, as it has always been privy to developer preview versions of Android. However, that preview support stopped with Android P with Google confirming the Nexus Player would not see an update to the next version of Android. Highlighting even more the importance of Google releasing a new device this year like the ADT-2. Developers interested in applying for an ADT-2 developer device can do so through the link below, for everyone else, there is no suggestion this device will become available to purchase.