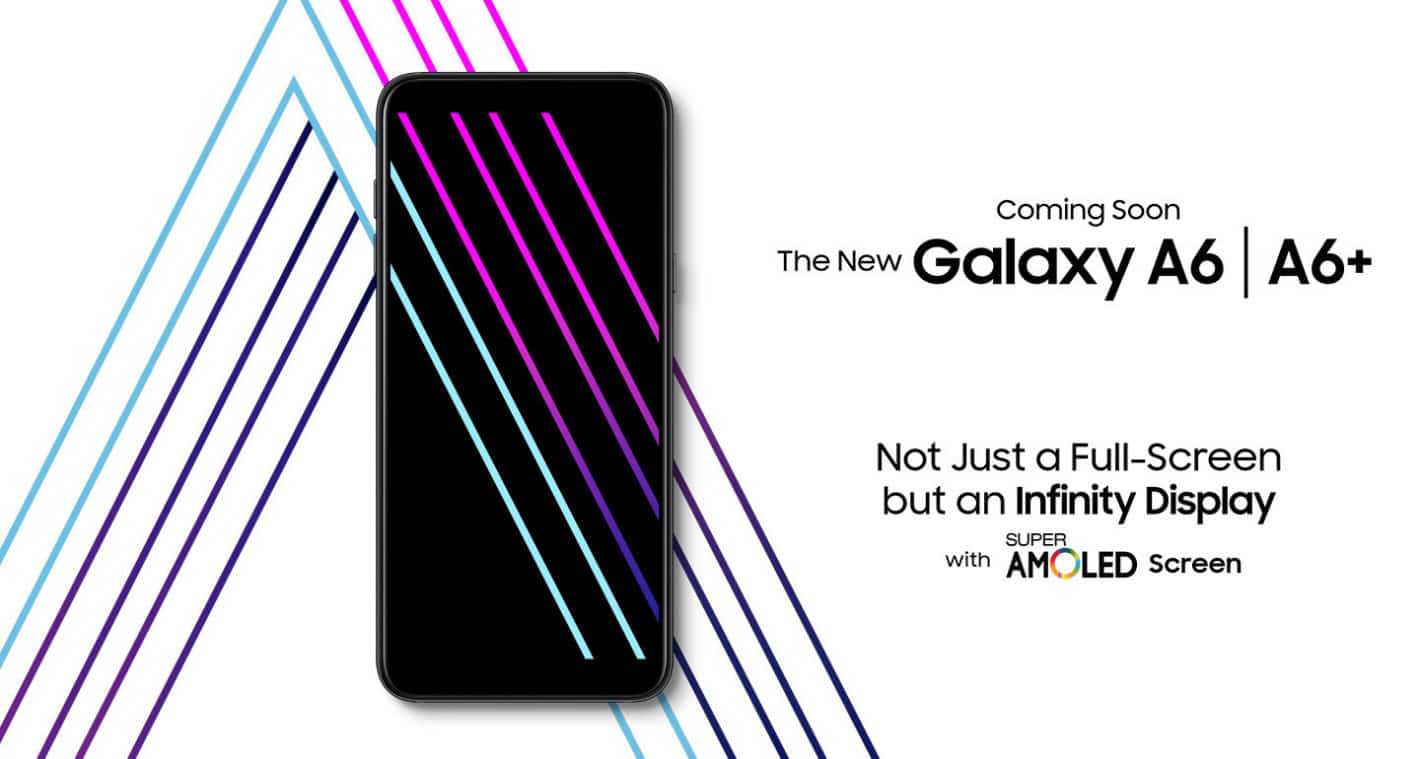 Following a ton of Samsung Galaxy A6 and A6 Plus leaks that have surfaced in the last couple of weeks, the two devices have just surfaced on Samsung Indonesia’s official website. Needless to say, this is basically an official confirmation of both the design of these two devices, as well as their spec sheets, as both are shown on Samsung Indonesia’s website. As far as the design is concerned, these two phones are almost identical, the only difference comes to their size, and camera setups on the back, as the Galaxy A6 comes with a single rear-facing camera, while the Galaxy A6 Plus features two such cameras on the back.

Both of these smartphones are made out of metal, and both ship with a rear-facing fingerprint scanner. The power / lock key is located on the right-hand side of both phones, while you will notice volume up and volume down buttons on the left. Bezels on these phones are not exactly extremely thin, but they’re not thick either, and both phones utilize on-screen buttons. Now, as far as specs are concerned, they’re quite different, so let’s start with the Galaxy A6, shall we. The Samsung Galaxy A6 features a 5.6-inch HD+ (1480 x 720) display, while it is fueled by a 64-bit octa-core SoC which is clocked at 1.6GHz, this is probably one of Samsung’s Exynos-branded chips. The phone features a 16-megapixel camera (f/1.7 aperture) on its back, while a 16-megapixel camera (f/1.9 aperture) is included on its front side as well, but it’s a different sensor with a different lens. The Galaxy A6 packs in 3GB of RAM and 32GB of expandable storage (expandable up to 256GB via a microSD card), while a 3,000mAh battery is also included in this package. The device measures 149.9 x 70.9 x 7.7mm, while its weight is still unknown.

The Galaxy A6 Plus, on the other hand, comes with a 6-inch fullHD+ (2220 x 1080) display, while it is fueled by a 64-bit octa-core processor clocked at 1.8GHz, this is quite probably one of Samsung’s Exynos chips as well. The device comes with 4GB of RAM and 32GB of expandable storage (expandable up to 400GB), while a 3,500mAh battery sits on the inside of this phone as well. 16-megapixel (f/1.7 aperture) and 5-megapixel (f/1.9 aperture) cameras are included on the back of the Galaxy A6 Plus, while a single 24-megapixel camera (f/1.9 aperture) sits on the phone’s front side. The device measures 160.1 x 75.7 x 7.9mm, while its weight is also currently unknown. Both of these smartphones ship with Bixby, and both offer facial scanning as well. Both phones are listed as “coming soon” on the website, while their pricing info is still unknown. 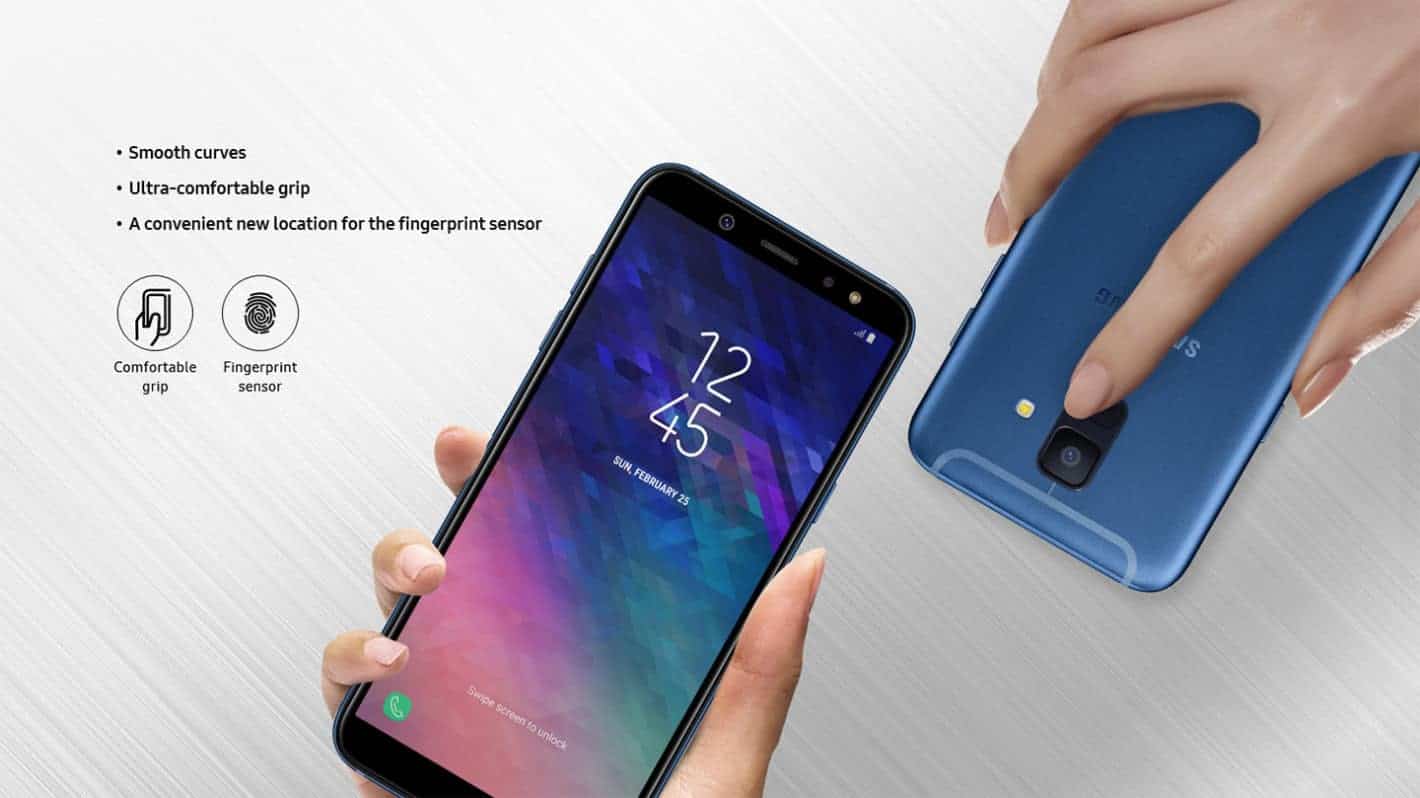 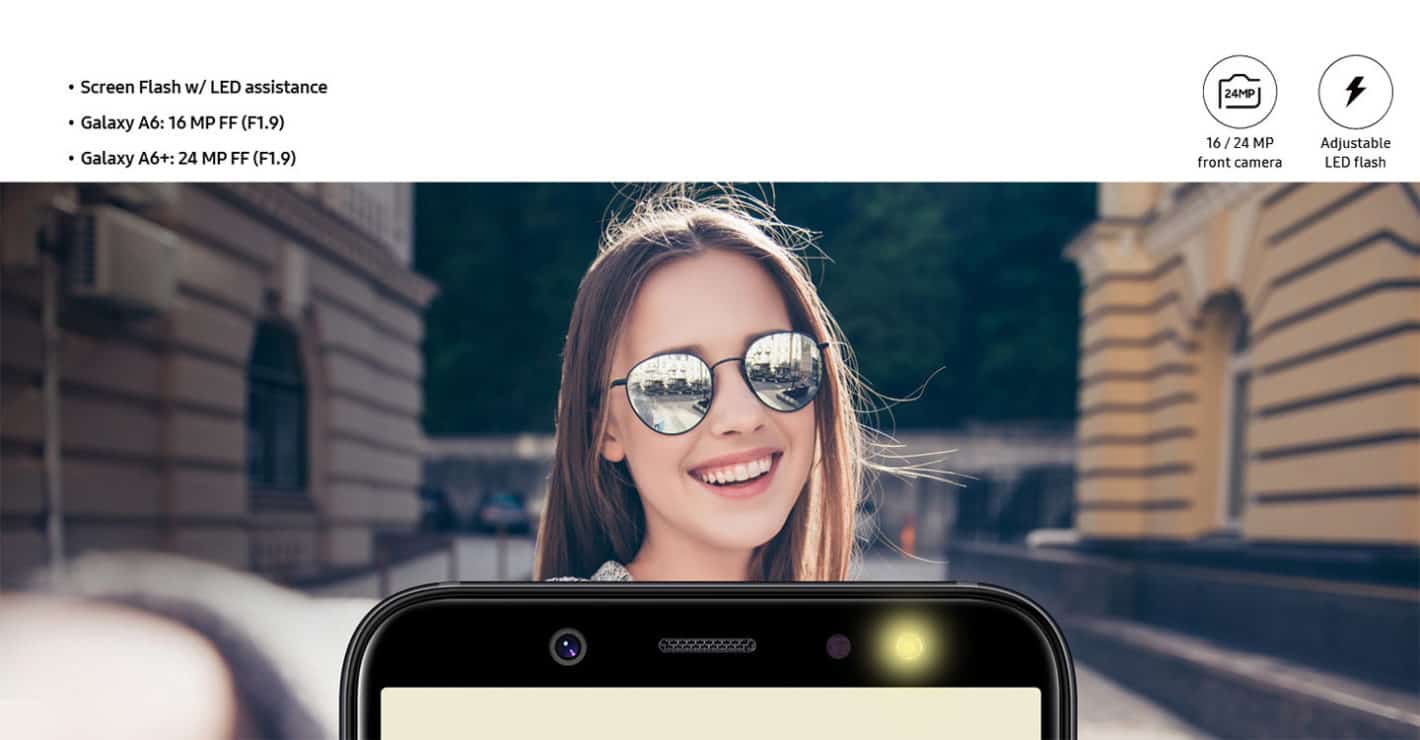 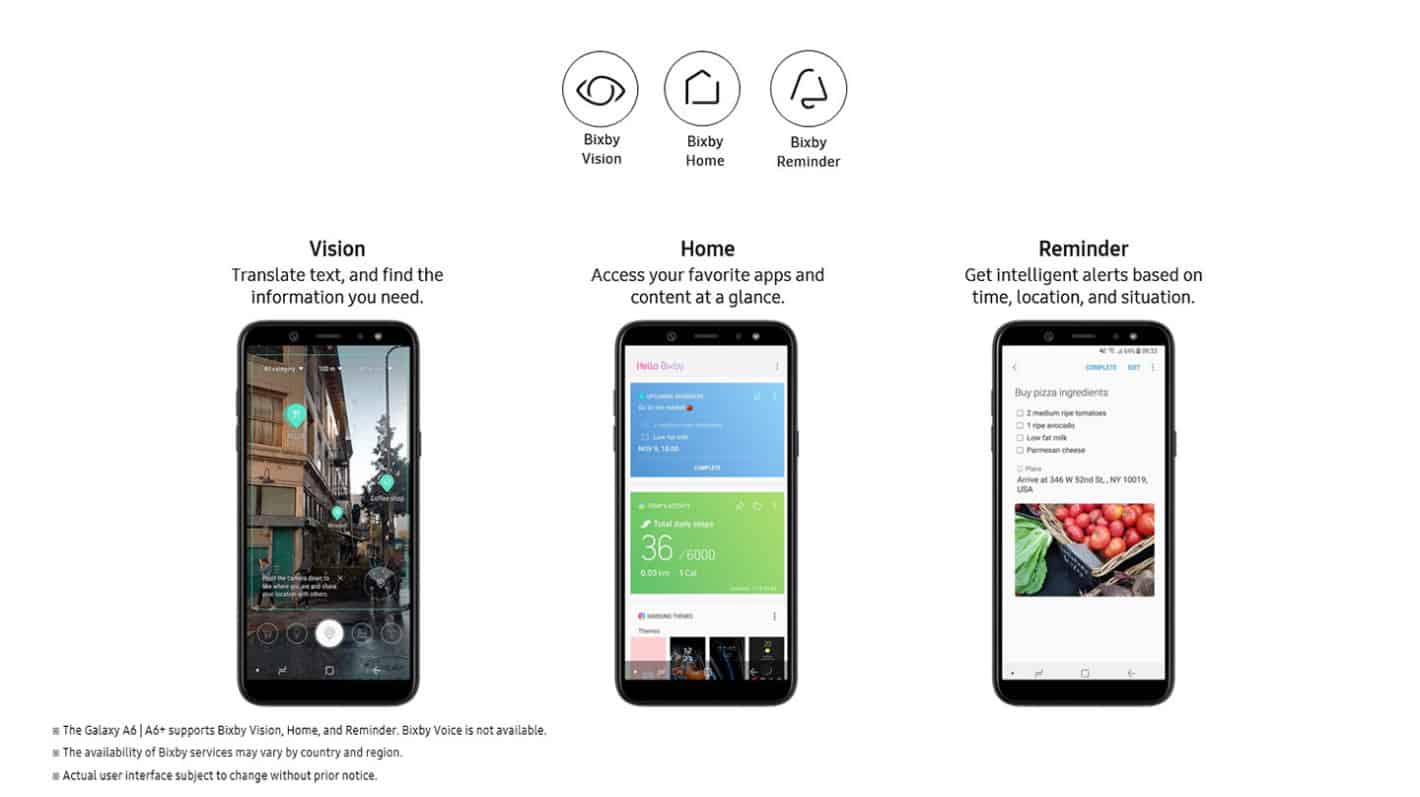 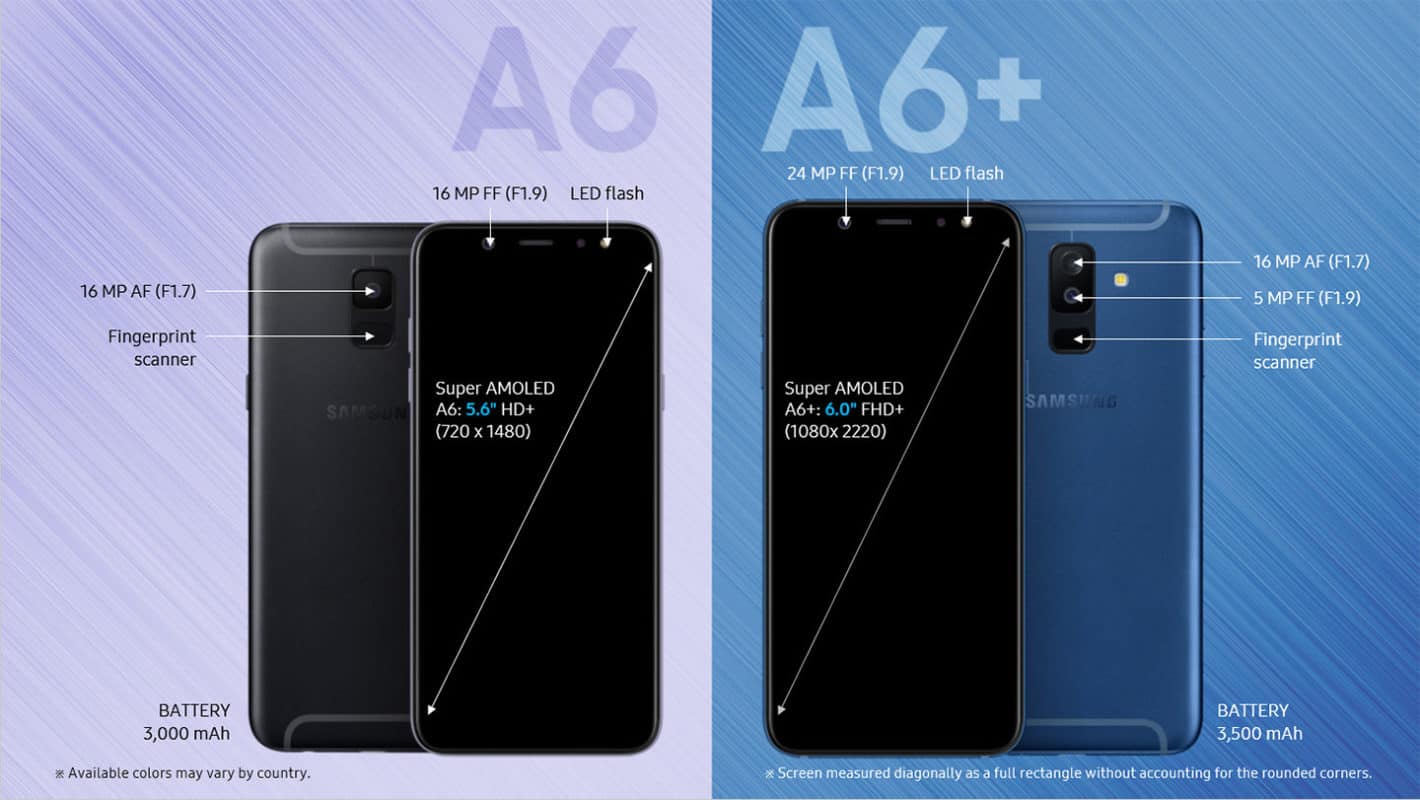 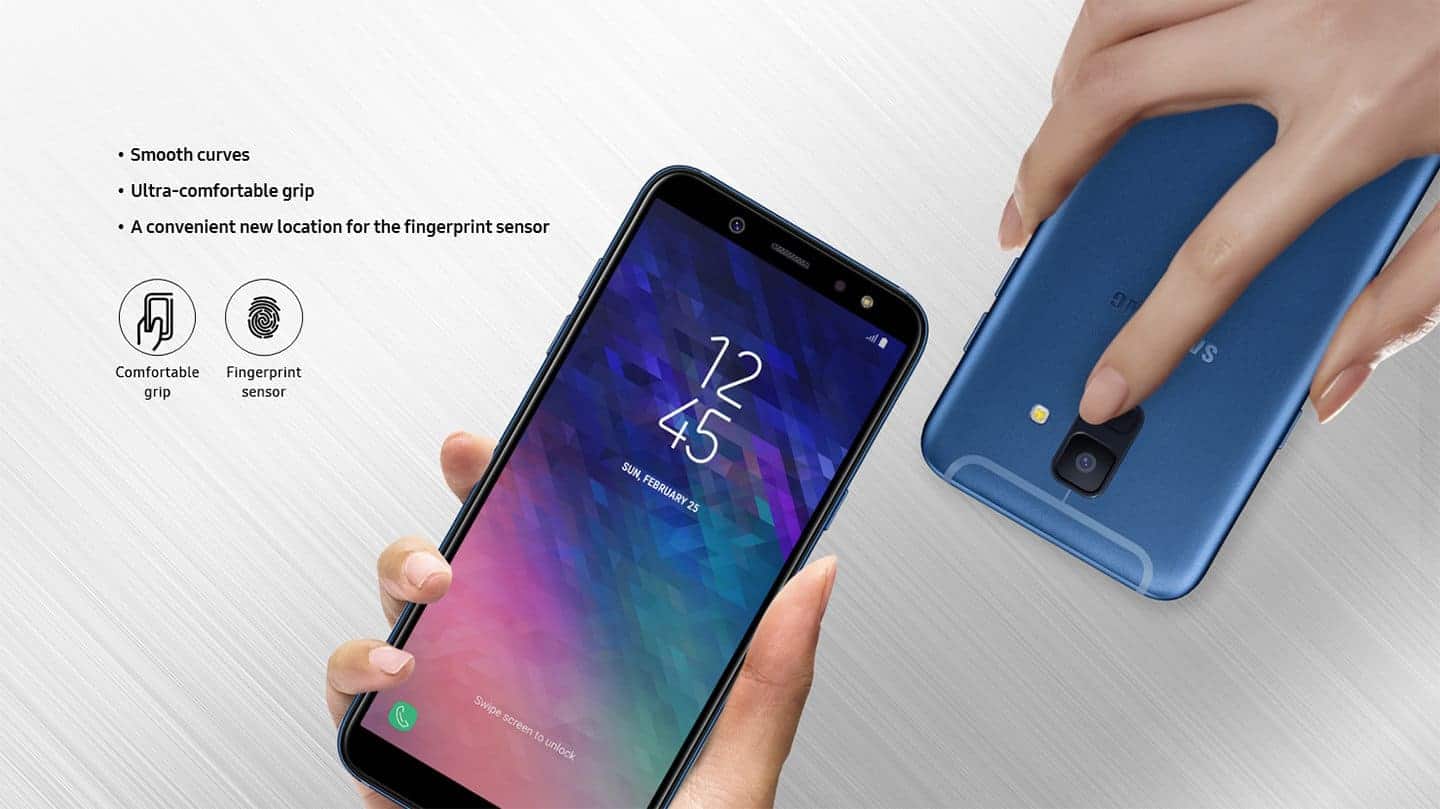 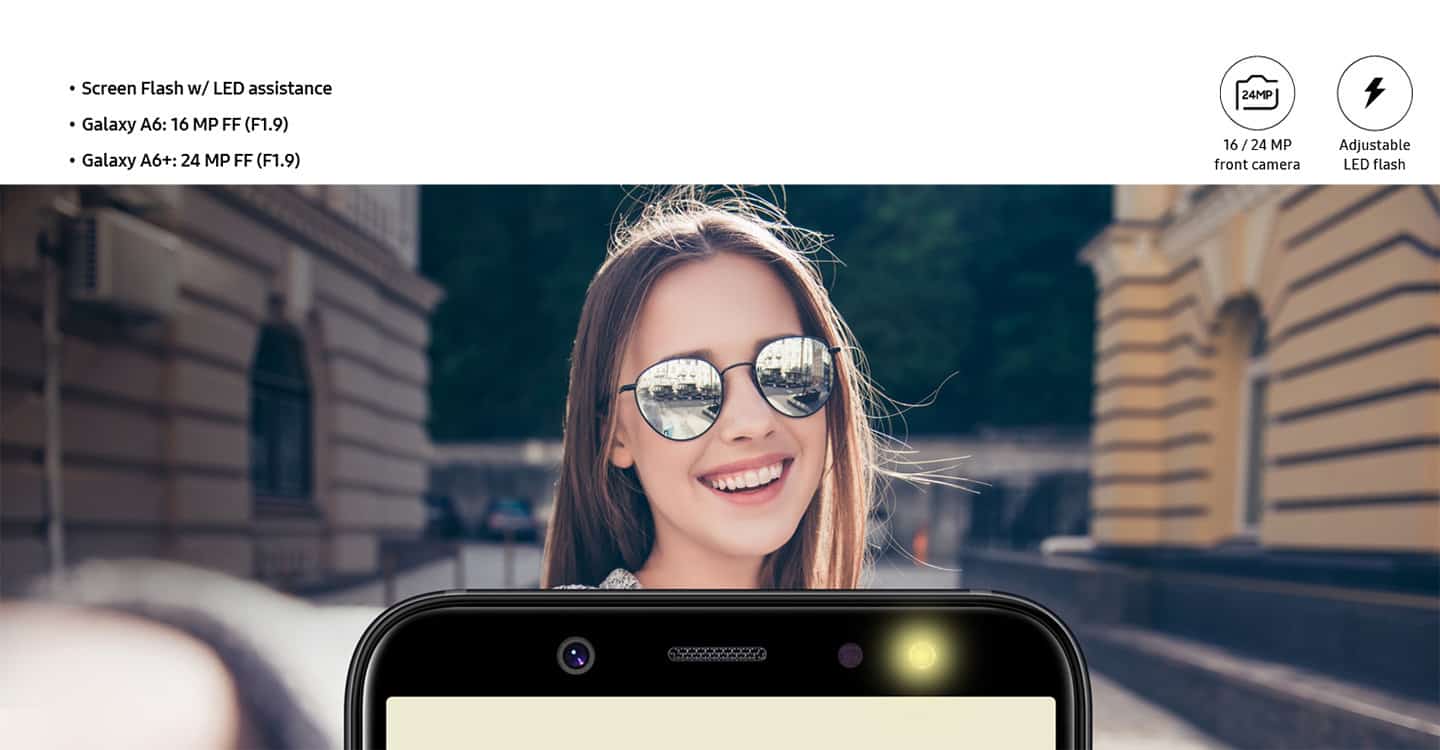 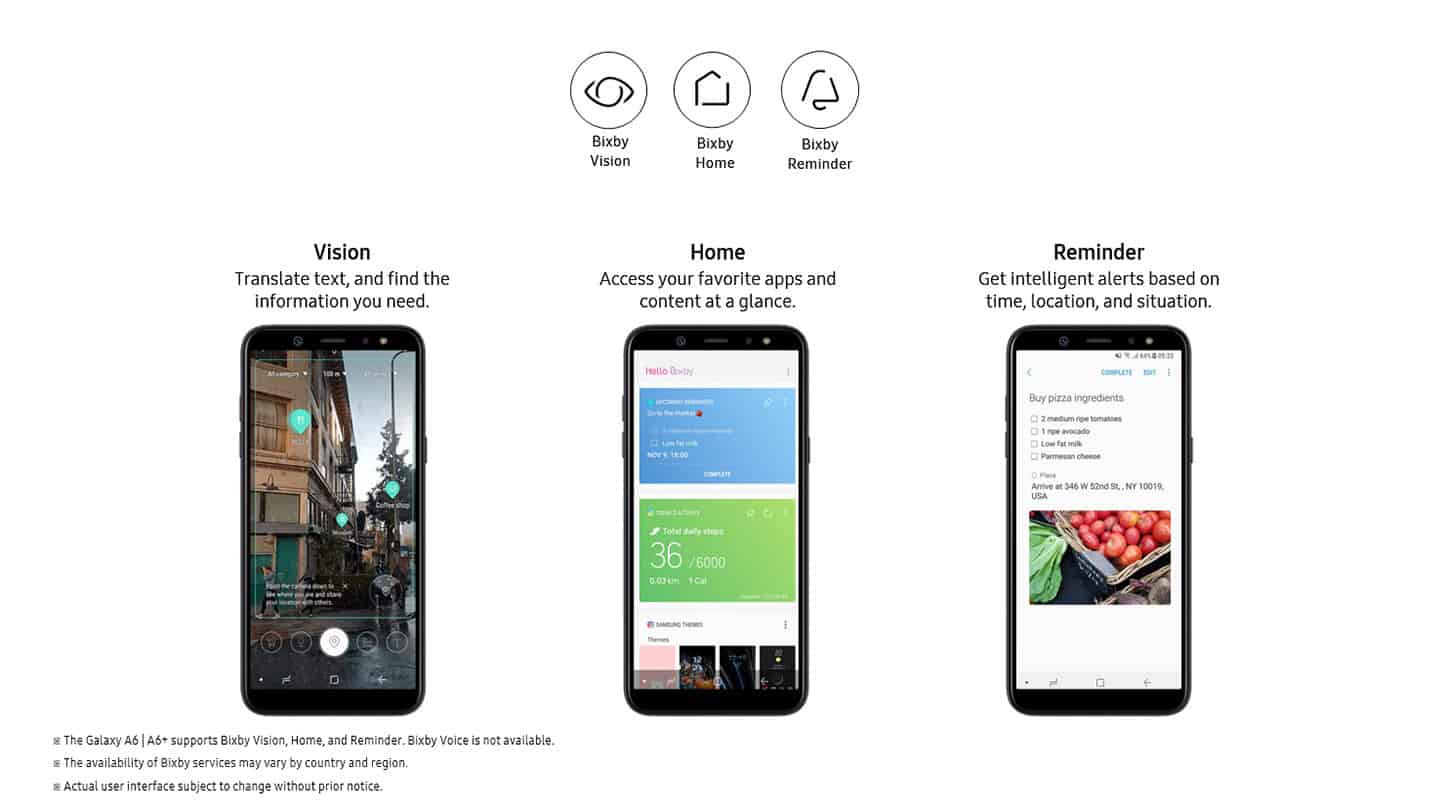 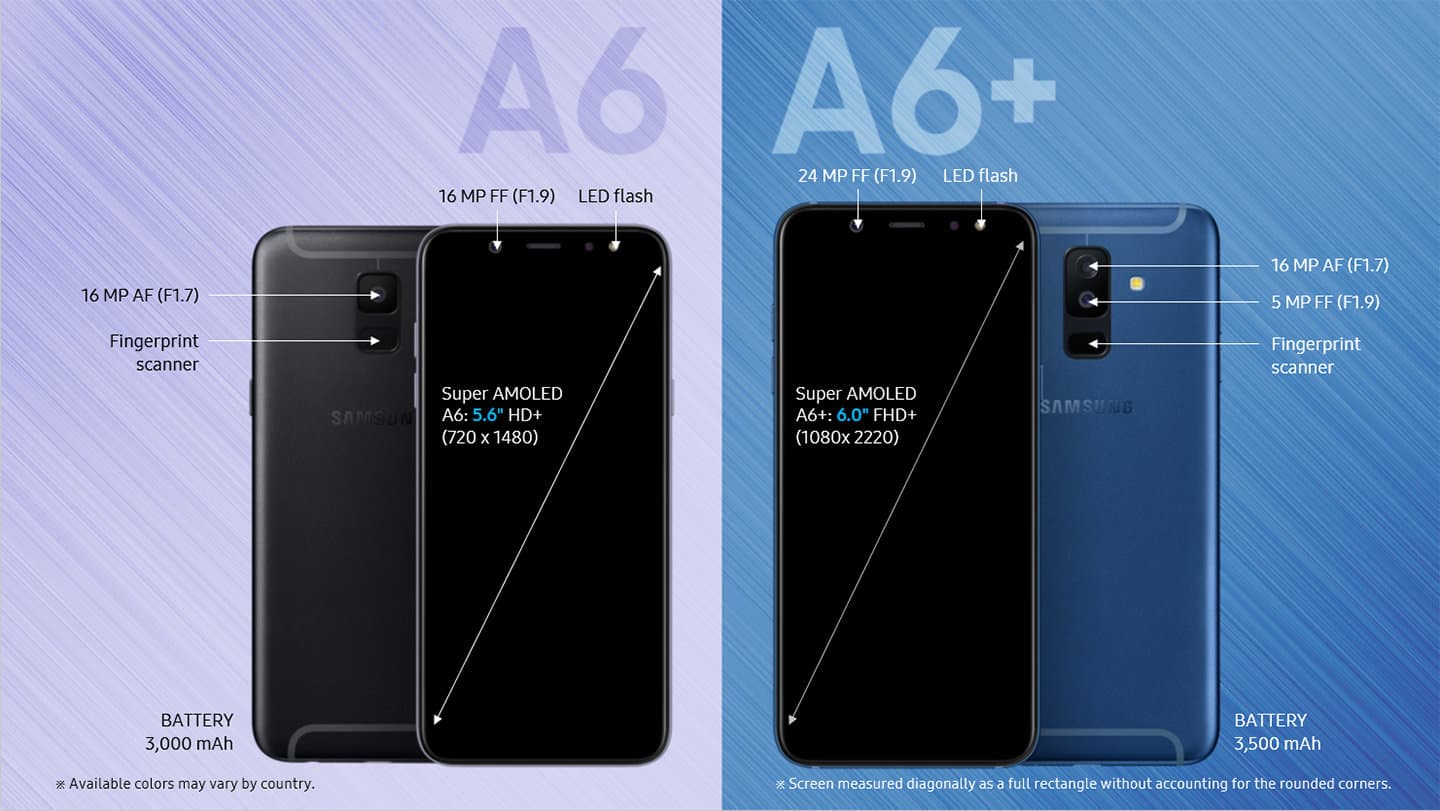