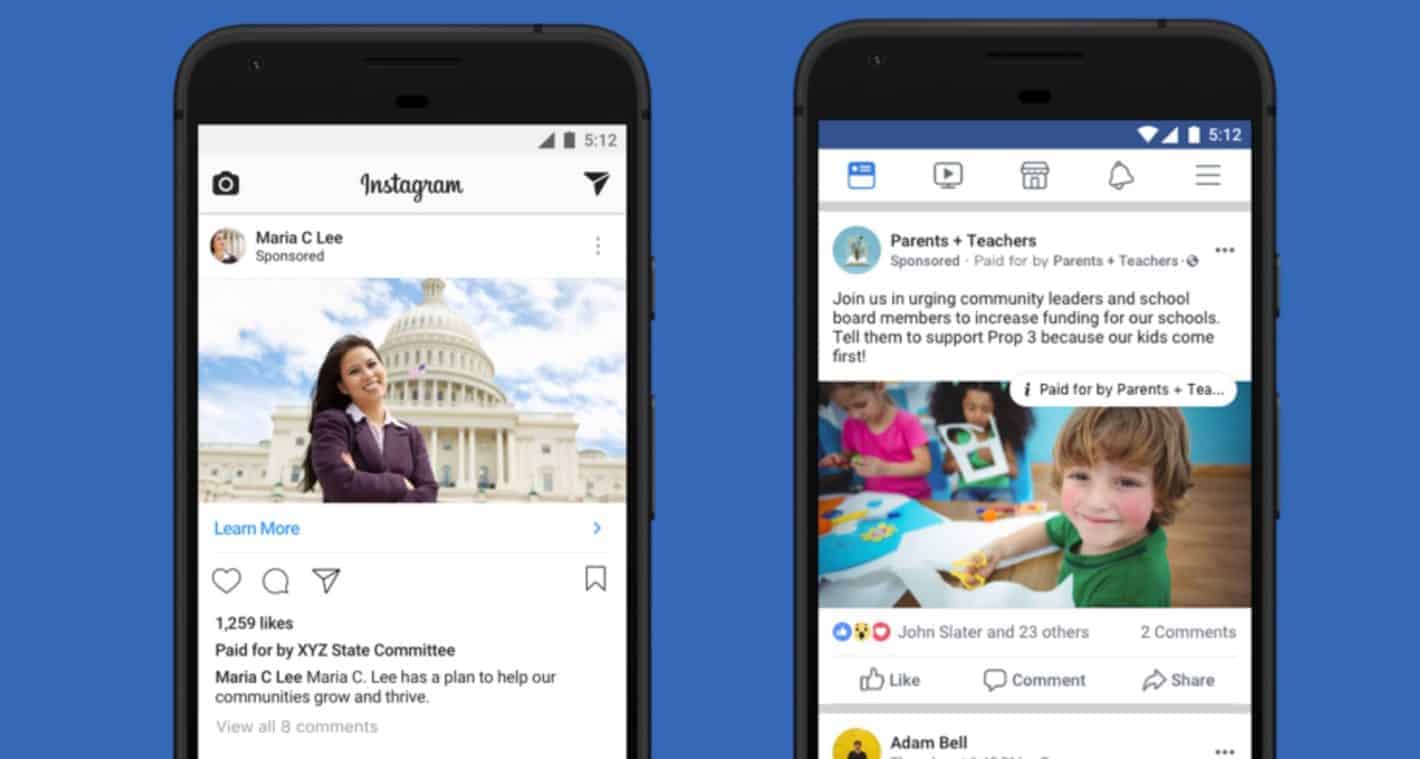 Facebook and Instagram are clearly labeling all political ads as of yesterday, the world's largest social media network confirmed. The change is meant to make political advertising on the two platforms more transparent and while it's presently only effective in the United States, it will eventually be implemented on a global level. Any promotional content with a political message or agenda will now be appearing with a "Paid for by" disclosure embedded above it on one's News Feed, Facebook said. While Pages paying for ads were already publicly named in all advertising on the two networks, the new change is meant to maintain transparency even in cases when the moniker of a Page behind a promotional message doesn't match the name of the individual or entity behind it.

The development comes shortly after Facebook already tightened its political advertising policies in the U.S., requiring marketers to verify their identities before being allowed to purchase such content. The actual authorization process is relatively old-fashioned and comes down to verification codes sent via mail, with the procedure being meant to confirm one's location and identity, thus lowering the chance of foreign election influence such as the one conducted by certain Russian entities during the 2016 presidential race in the U.S., as indicated by Special Counsel Robert Mueller's probe which led to indictments of three companies and thirteen individuals from the transcontinental country to date.

Clicking on the "Paid for by" label on Facebook will take you to an information archive revealing the corresponding ad's budget and reach, as well as its target demographic. Any Facebook user can also access the same archive and search through it by referring to the banner below. The Menlo Park, California-based social media giant is expected to make more moves aimed at improving the transparency of its advertising moving forward, with CEO Mark Zuckerberg saying as much at his Tuesday Q&A session with select members of the European Parliament.

Advertisement
Archive of Facebook Ads With Political Content
Trusted By Millions
Independent, Expert Android News You Can Trust, Since 2010
Publishing More Android Than Anyone Else
35
Today
96
This Week
588
This Month
3100
This Year
104579
All Time
Advertisement