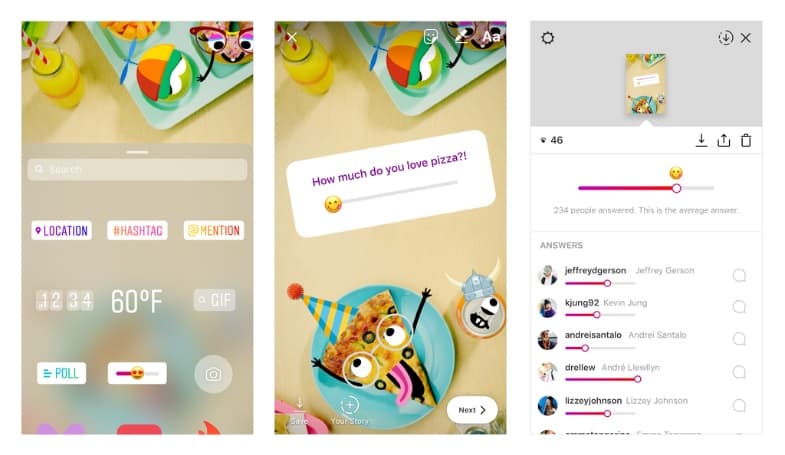 To take advantage of this feature, users will have to select the emoji slider sticker from the application's sticker tray. Once the sticker has been chosen, users will have to place the emoji slider in an appropriate location on their Instagram Story, and then they have to identify the emoji that best fits the question that they are asking. Followers may then answer the question by simply sliding the emoji to the appropriate position on the slider and they will also be able to see the average of all the answers submitted by other individuals. On the other hand, similar to poll stickers, individuals who posted the question may see the list of followers that have answered their question as well as the followers' individual responses by simply swiping up on their Instagram Story. Users may also directly message the followers that responded to the question and view the average of their followers' answers.

It is important to note that the emoji sticker sliders are part of the Stories format, and therefore, after 24 hours, the content will automatically disappear from the user's profile and Feed. However, the social media platform's support page stated that users may circumvent this limitation by adding the story as a highlight. To take advantage of this new feature, users will have to update their Instagram application to the version 44 of the app. The social media platform has been busy adding new features to its Android application within the last few weeks, including the integration with the GoPro app and the music streaming platform Spotify, as well as a new payments feature.