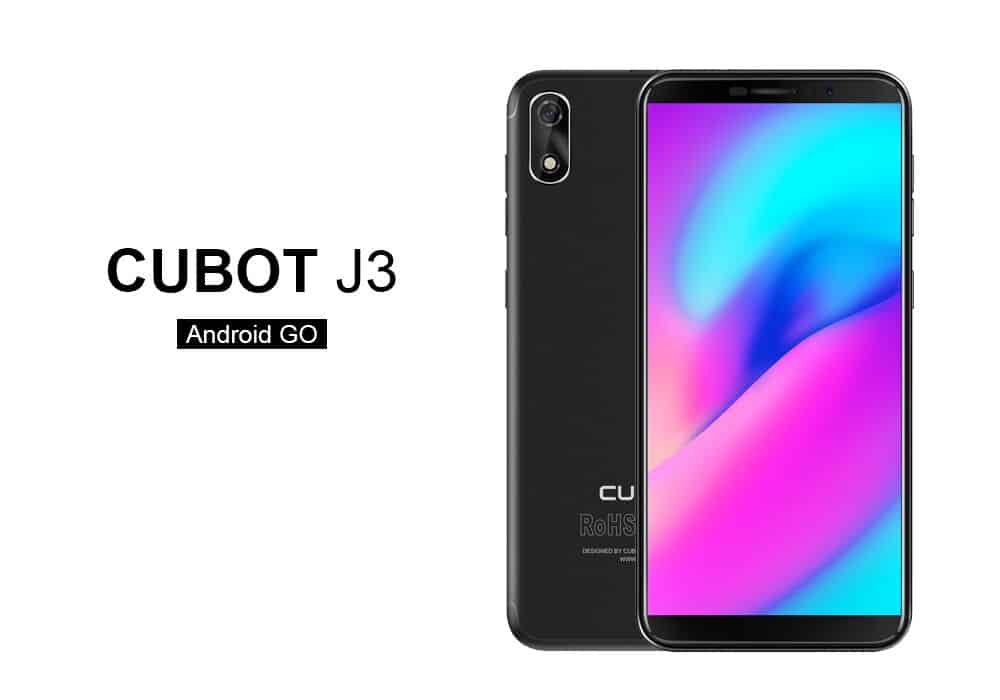 Cubot has just announced that the Cubot J3 is coming, and this may become the cheapest Android Go smartphone out there. The company has confirmed that the phone will launch at the end of June, and that it will cost only $59.99. Now, considering it's an Android Go smartphone, it means it will ship with a special Go version of Android, a lighter version of Android, and a number of special "Go" apps to go along with it, like Google Maps Go, Files Go, Gmail Go, and so on.

Cubot has also confirmed that the Cubot J3 will sport facial recognition, while it will also include 1GB of RAM and 16GB of internal storage. As far as its SoC is concerned, the Cubot J3 will be fueled by the MediaTek MT6580 64-bit octa-core SoC which is clocked at 1.3GHz. A 2,000mAh battery will also be a part of the package, while the device will ship with two SIM card slots. You will be able to expand this phone's storage via a microSD card up to 128GB, and the device will ship with an 8-megapixel rear-facing camera. A 5-megapixel front-facing unit will be included as well, and the phone will feature a 5-inch display with an 18:9 display aspect ratio, though we still do not know what resolution will its display be. It seems like the phone will be made out of metal based on the provided images, but Cubot did not mention anything regarding that.

The phone's bezels will not be thick at all, especially considering its price point, and right below its rear-facing camera an LED flash will be located. Cubot's branding will be included on the back of the Cubot J3, while all of the phone's physical keys will sit on the right. Antenna bands are well-hidden on the device, as they're included in the top and bottom portions of the phone's backside, but are the same color as the device itself. It seems like the phone's glass will be curved on the sides, and the device will utilize on-screen buttons. Cubot has released two renders of the device to give you a better idea as to what to expect, both of those images are included in the gallery down below.