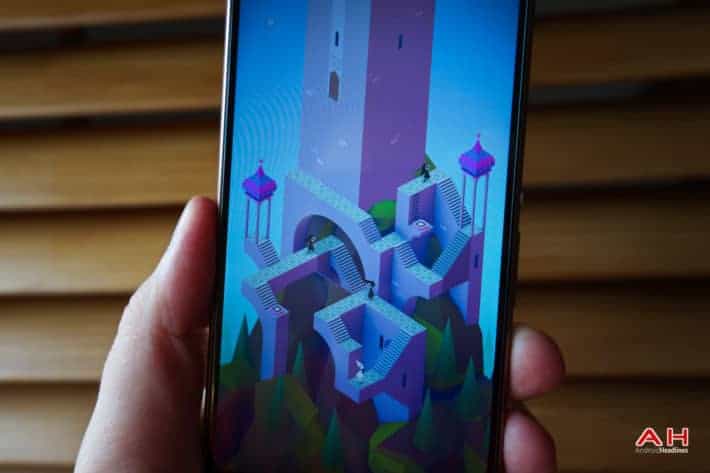 Monument Valley, a critically acclaimed mobile puzzler from 2015, is now free to download on Android devices, with studio ustwo waving away its regular price of $5. The company has yet to clarify on the matter in any capacity, though the discount itself doesn't appear to be permanent in nature given how the Google Play Store is still showing its old price as a grayed-out figure next to the new "Free" icon, which is how the marketplace usually presents time-limited discounts. Monument Valley occasionally went free over the last three years, with such promotions rarely lasting for more than a week.

While the mobile game is entirely free of ads, ustwo is still able to monetize it through additional eight chapters offered as part of the Forgotten Shores expansion pack which must be purchased separately for $1.99. The game itself is an isometric puzzler with perspective-shifting challenges and surreal, minimalist art, as well as a lengthy original soundtrack and a mysterious narrative, all of which have been praised by both critics and consumers alike. The developers followed up on the award-winning game with Monument Valley 2 released last November, with that creation also having a regular price of $4.99, though it hasn't been discounted in recent months.

Monument Valley comes with no significant hardware or software requirements and should hence work on any handset running Android 4.1 Jelly Bean and later versions of the world's most popular operating system. According to Google's distribution numbers for May, 99.3-percent of all active Android devices on the planet fulfill those requirements. The popular mobile game has last been updated in December when ustwo fixed some compatibility issues with Android 8.0 Oreo and addressed several bugs. It's presently unclear whether Monument Valley 3 is happening, though the second installment in the franchise did introduce a number of new mechanics and showed the studio behind the series still has fresh ideas for the puzzle genre.