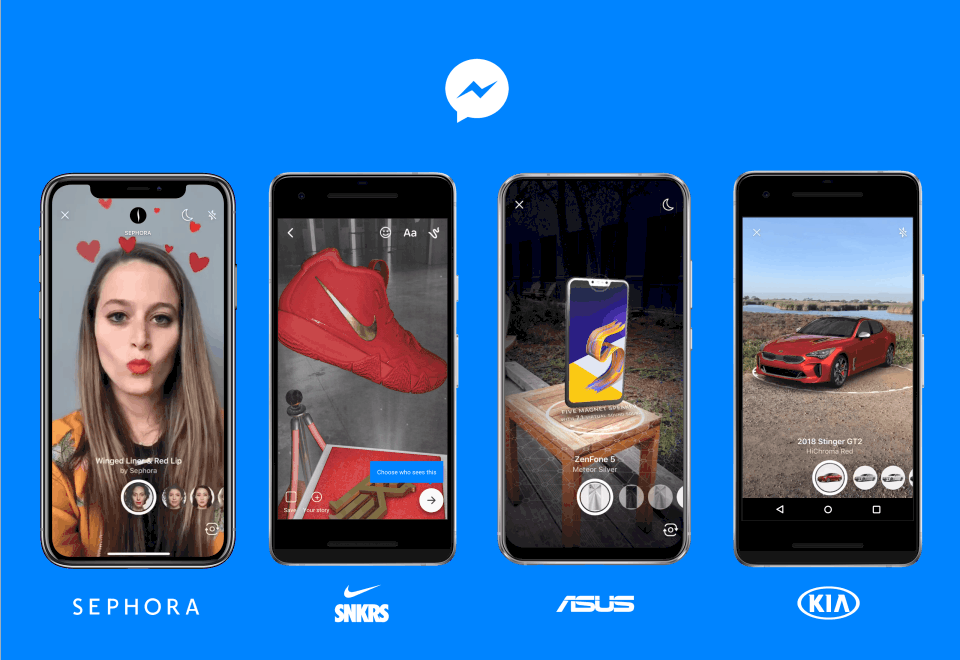 Businesses are going to be offering AR camera effects in Messenger soon, Facebook just announced at its F8 2018 Developer Conference. These new effects for Messenger will enable businesses to connect with their customers on a more robust level and allow customers to have the visualization of a product before making a purchase for it online. On one hand this new feature for the platform serves businesses in a way that it can attract more customers because they can see what a product will actually look like in the real world thanks to pre-configured filters that will be populated using the Messenger camera. The image above shows a few examples, like being able to check out the color of a certain lipstick shade on your own lips or seeing a pair of sneakers in front of you.

For users and consumers of these products, the above-mentioned details display the benefits – being able to physically see a product in a visualized state before buying it. This isn’t exactly like trying on lipstick or a pair of sneakers in the real world at a physical retail store but if you’re inclined to shop online more often than this serves as a good way of being able to get a similar experience of checking products out. Right now only four brands are included in this new platform, which Facebook notes is launching in closed beta, and these include Sephora, ASUS, Kia, and Nike, though more will be hopping onboard in the future.

In addition to the new AR camera effects Messenger is also gaining translations for M Suggestions, Facebook’s smart digital assistant that lives within the Messenger platform. The upcoming feature only applies to Messenger chats that originate from a Facebook Marketplace response. For example, if a person responds to you for a product you’re selling on marketplace but the response is in a different language than your default Messenger language, then M Suggestions will ask you if you want the message to be translated. This is only going to be available in the U.S. for the time being but it does launch today. It will also only support translations from English to Spanish and Spanish to English at launch, though Facebook will be working on adding more supported languages and launching those (in addition to launching the feature in new markets) in due time. 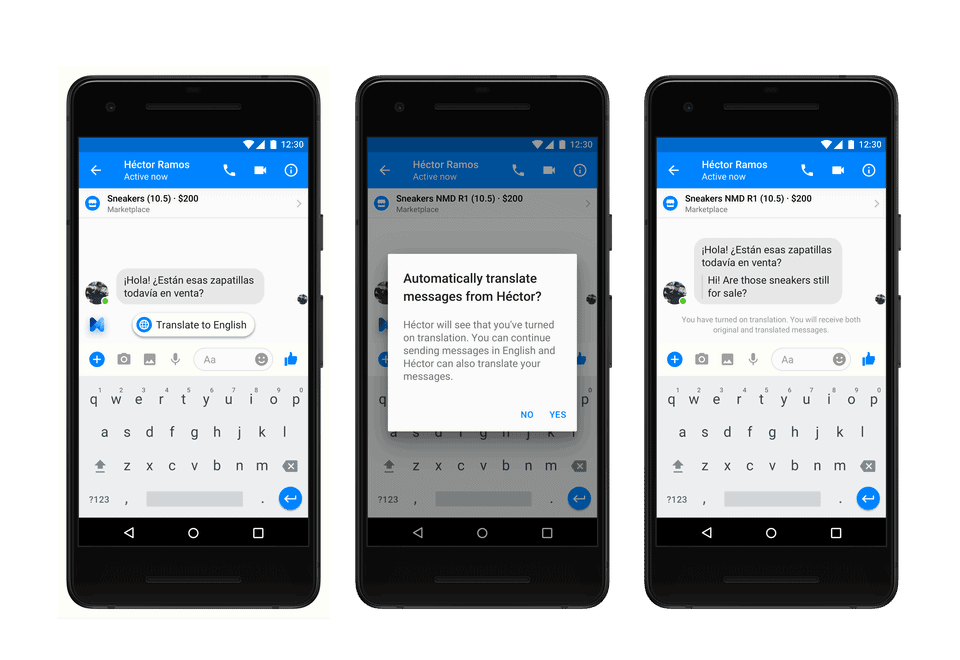