Ulefone had introduced its big battery Power 5 handset last month, and the company has just released a new promo video for the device. This time around, Ulefone decided to show off the Power 5’s battery prowess, following its unboxing and hands-on videos. The Ulefone Power 5 battery test is available in form of a YouTube video which has been embedded down below for your convenience.

Before we begin, it is worth noting that the Ulefone Power 5 comes with a 13,000mAh battery, and 5V/5A “Super Fast Charging”, as Ulefone calls it. The company claims that you can charge up this phone from zero to 10 percent in only 15 minutes, which is not bad considering how huge this battery is. Ulefone actually proved this fact in the provided video, while the phone managed to reach 32-percent charge in 45 minutes. After 75 minutes, the phone managed to reach 54-percent charge, while it was at 82 percent after two hours of charging. After 140 minutes, the phone reached 88-percent charge, while it jumped to 91 percent after 150 minutes of charging. At this point in the video, Ulefone notes that the phone will activate trickle charging once it reaches 90 percent charge, which will slow the charging process. The phone got fully charged in 210 minutes of charging.

This handset features a 6-inch fullHD+ display, while it comes with 6GB of RAM and 64GB of storage. MediaTek’s Helio P23 64-bit octa-core SoC fuels the phone, while Android 8.1 Oreo comes pre-installed on it. 21 and 5-megapixel cameras are included on the back of this smartphone, while you will find 13 and 5-megapixel cameras on its front side. Facial scanning is also a part of the offering, while the device features a side-facing fingerprint scanner. You can purchase the Ulefone Power 5 for only $269.99 at the moment, though it will be available at this price point for a limited time, so keep that in mind. 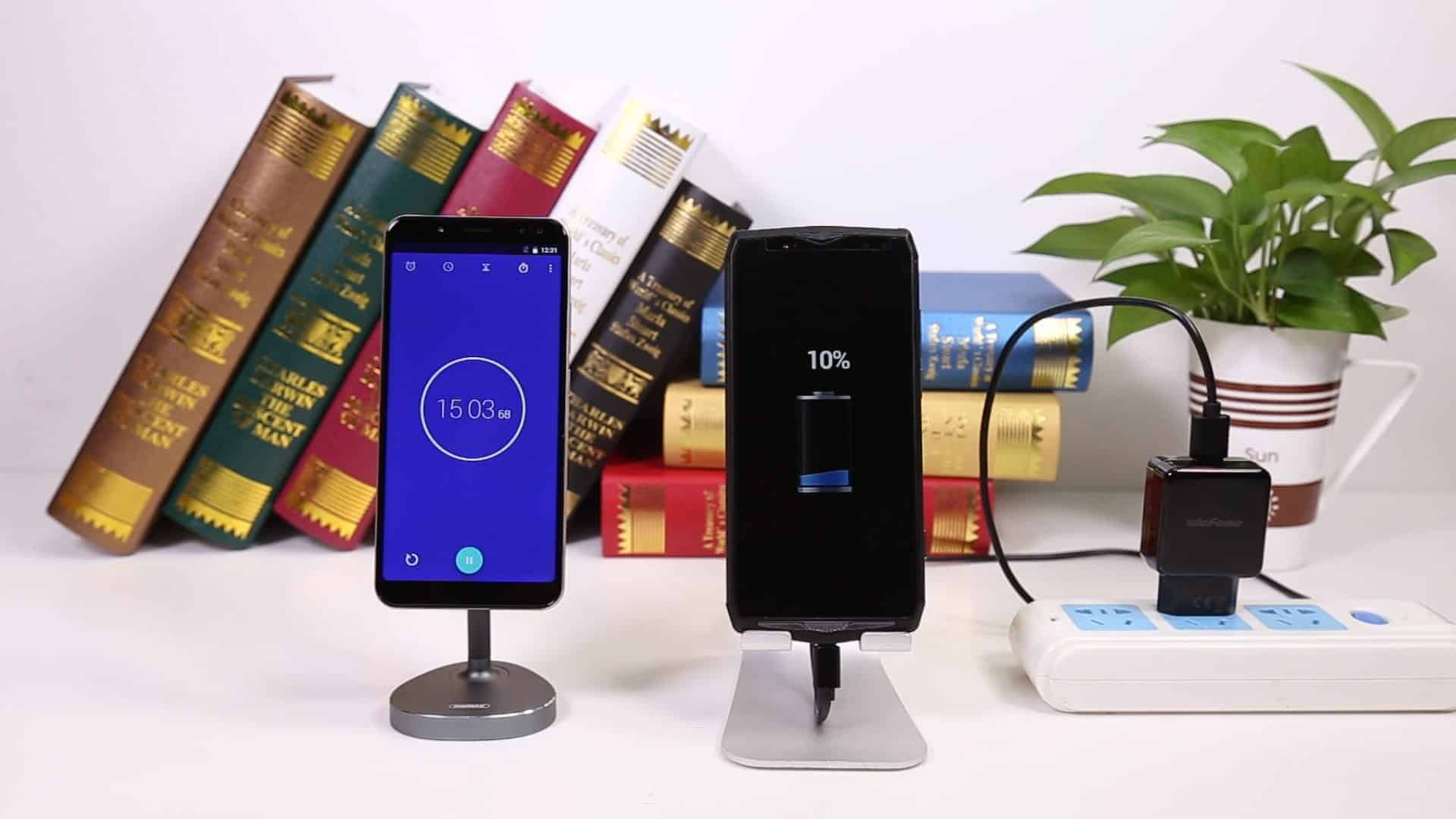