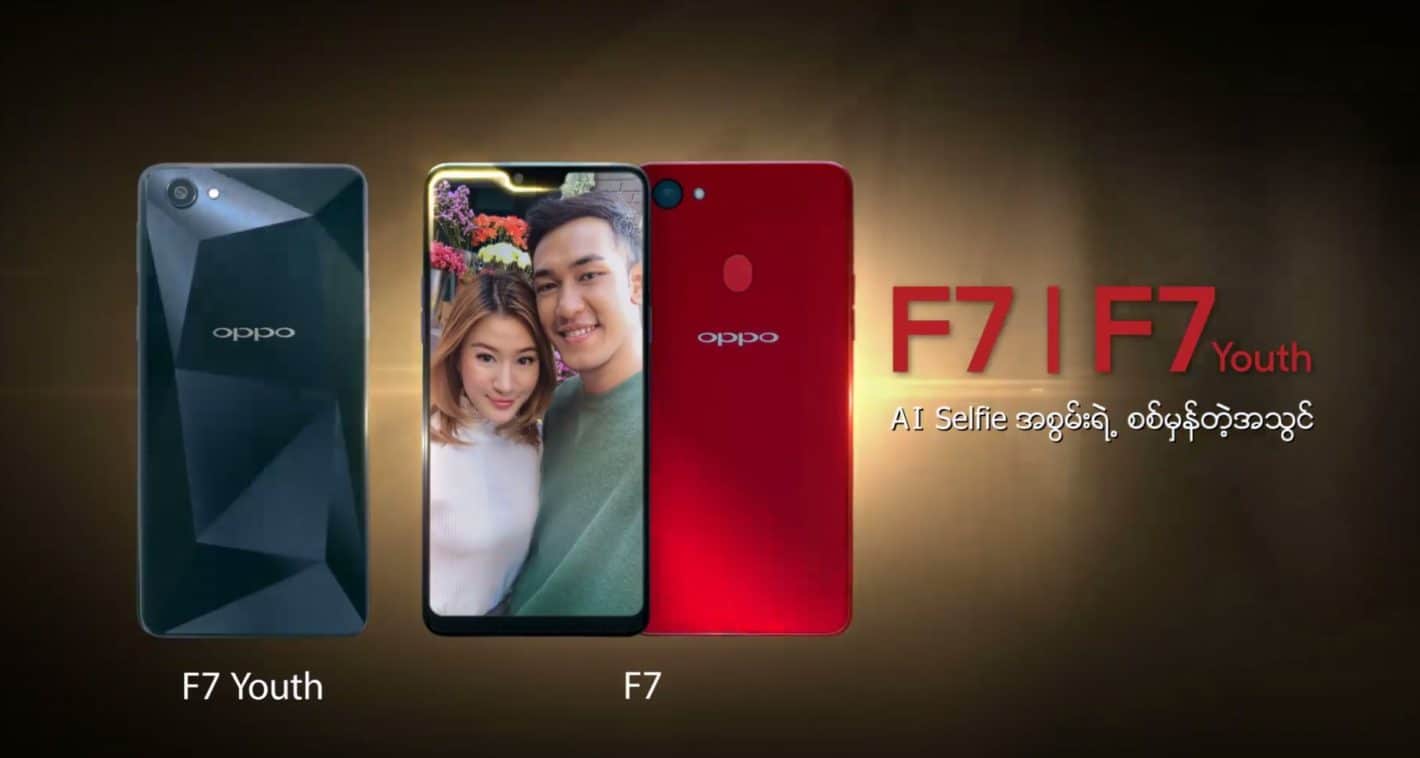 The Myanmar division of OPPO is teasing a new Android release in the form of the F7 Youth, a more accessible version of the F7 mid-ranger introduced by the Chinese phone maker two months ago. The video announcement that can be seen below highlights some of the main selling points of the F7 and the newly unveiled device, with OPPO placing a specific emphasis on the artificial intelligence capabilities of both handsets. Much like the F7, the F7 Youth boasts an AI Selfie camera meant to leverage the latest industry advancements to intelligently smoothen out skin textures and remove imperfections from one’s complexion. While beautification modes have been supported by OPPO-made Android smartphones for years now, the company’s newer devices are meant to bring such services to the next level by using them in conjunction with advanced machine vision and scene recognition capabilities.

The short video teaser doesn’t reveal many technical details about the device, though its overall look appears to be similar to that of the OPPO A3 and Realme 1, with the implication here being that the F7 Youth is powered by MediaTek’s Helio P60 chip and 4GB of RAM. The handset is likely to sport 32GB of storage space with a Hybrid SIM setup allowing users to choose between a microSD card and a second Nano SIM one. The back panel of the Android handset appears to reflect light in various ways, depending on the viewing angle of the phone, with such a diamond-like design also being the defining feature of the OPPO Realme 1 and A3.

Assuming the newly teased handset does end up being a rebranded version of the aforementioned models, it will ship with a 3,400mAh battery featuring VOOC quick charging support and the company’s custom implementation of Android 8.1 Oreo – Color OS 5.1. The 19:9, display-notch equipped handset lacks the rear-mounted fingerprint reader of the OPPO F7 and is expected to launch at around $250, with OPPO‘s established product practices indicating a wider release outside of select Asian markets is unlikely.