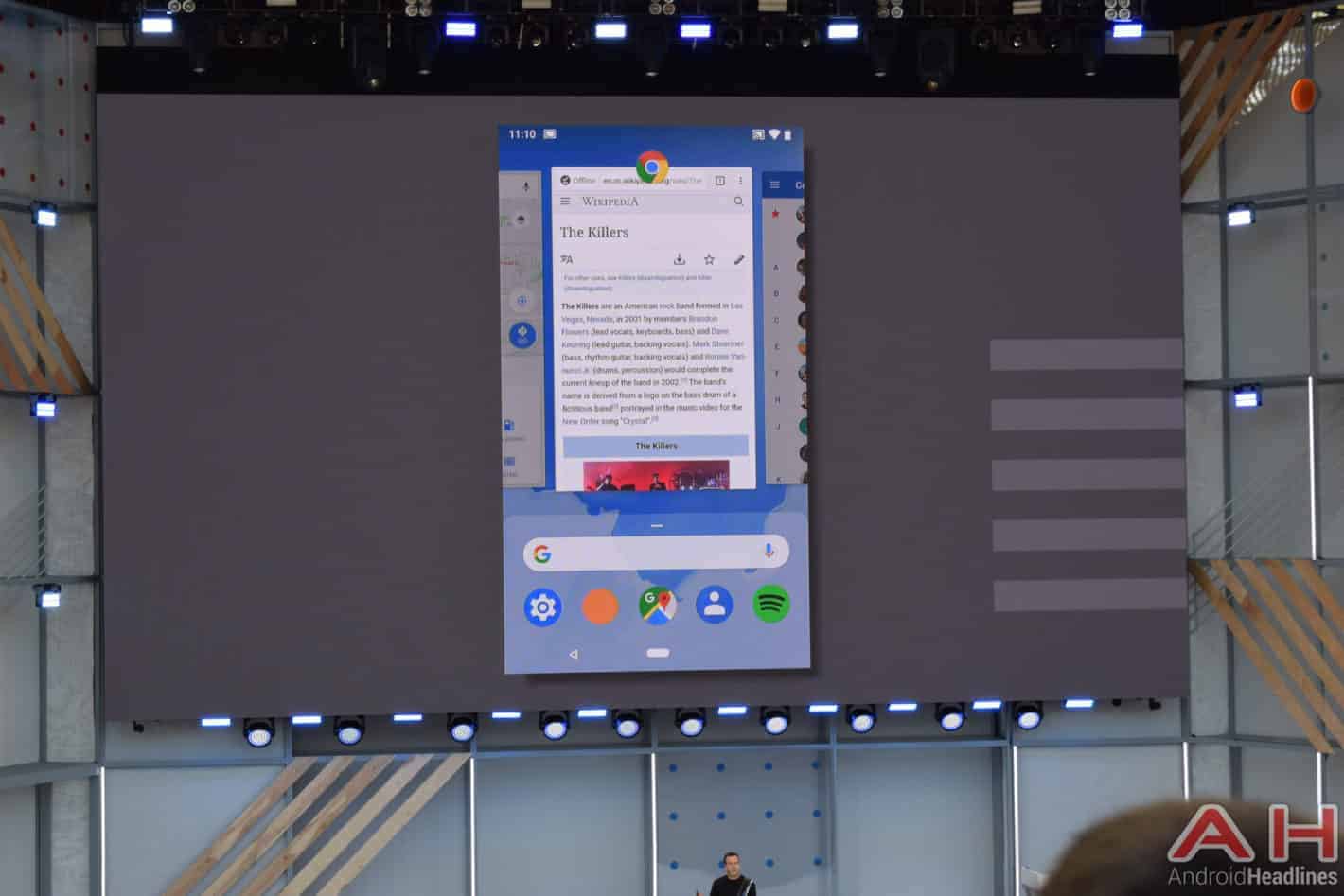 The very first Developer Preview of the up and coming Android P put the Recent Apps menu into a horizontal format, and the second preview is building on that by adding in a range of big new features and UI tweaks. The most noticeable thing is the absence of the Clear All button, a glaring omission whose obsolescence highlights how far Android’s built-in RAM management has come. As for a change that will genuinely make users’ lives much easier, you can now select any text you see in a recent app, as long as you would normally be able to select it in the app. Finally, there’s now a little card for each app that holds a link to the App Info screen in settings, along with the option to use the app in multi-window mode.

There isn’t much to say about the lack of a Clear All button; once a true necessity, Android now manages RAM well enough that it’s not needed, so users wanting to clean up their Recent Apps screen will have to do so manually. The new cards for each app can be accessed by tapping on the app’s icon, at the top of each app’s Recent Apps preview card. This card holds a context menu that can bring you to the App Info screen for that app, or throw the app into multi-window, if it’s compatible. The last and arguably biggest change is the ability to select text from recent apps without having to go into them. You can long-press on a block of text and drag to select, just like you would in the app. Selecting text will yield a menu that allows you to search for that text, share it, or copy it to use in another app.

Android P is seemingly gearing up to be one of the biggest Android releases since Android 7.0 Nougat, with a host of crucial features seeing redesigns and a large amount of new creature comforts and time-saving features popping up. Things are also a bit better under the hood due to new options for memory and power management. Android P is also meant to be friendly to developers in a few new ways, and its presence on a device all but mandates the use of Treble. 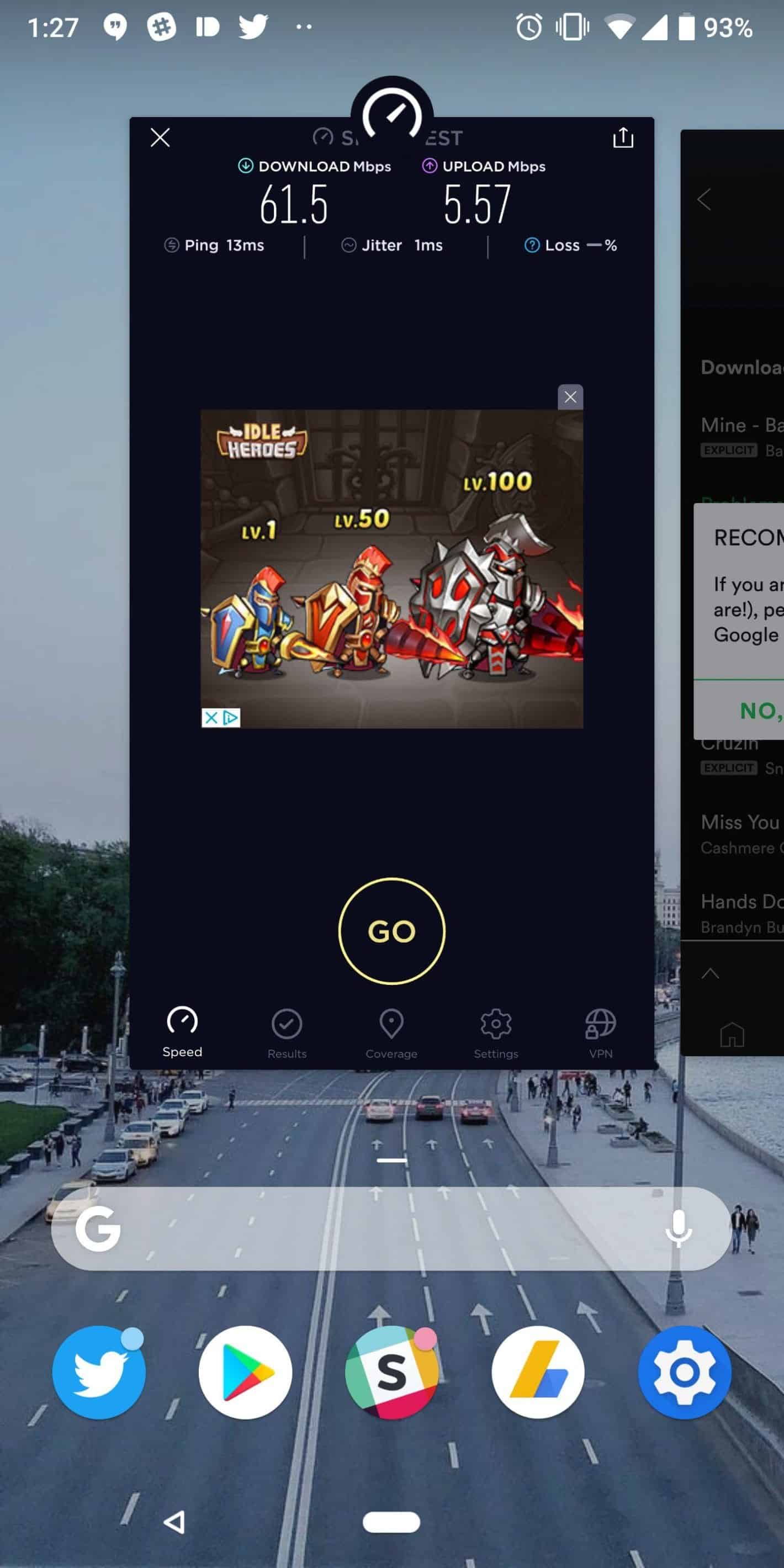 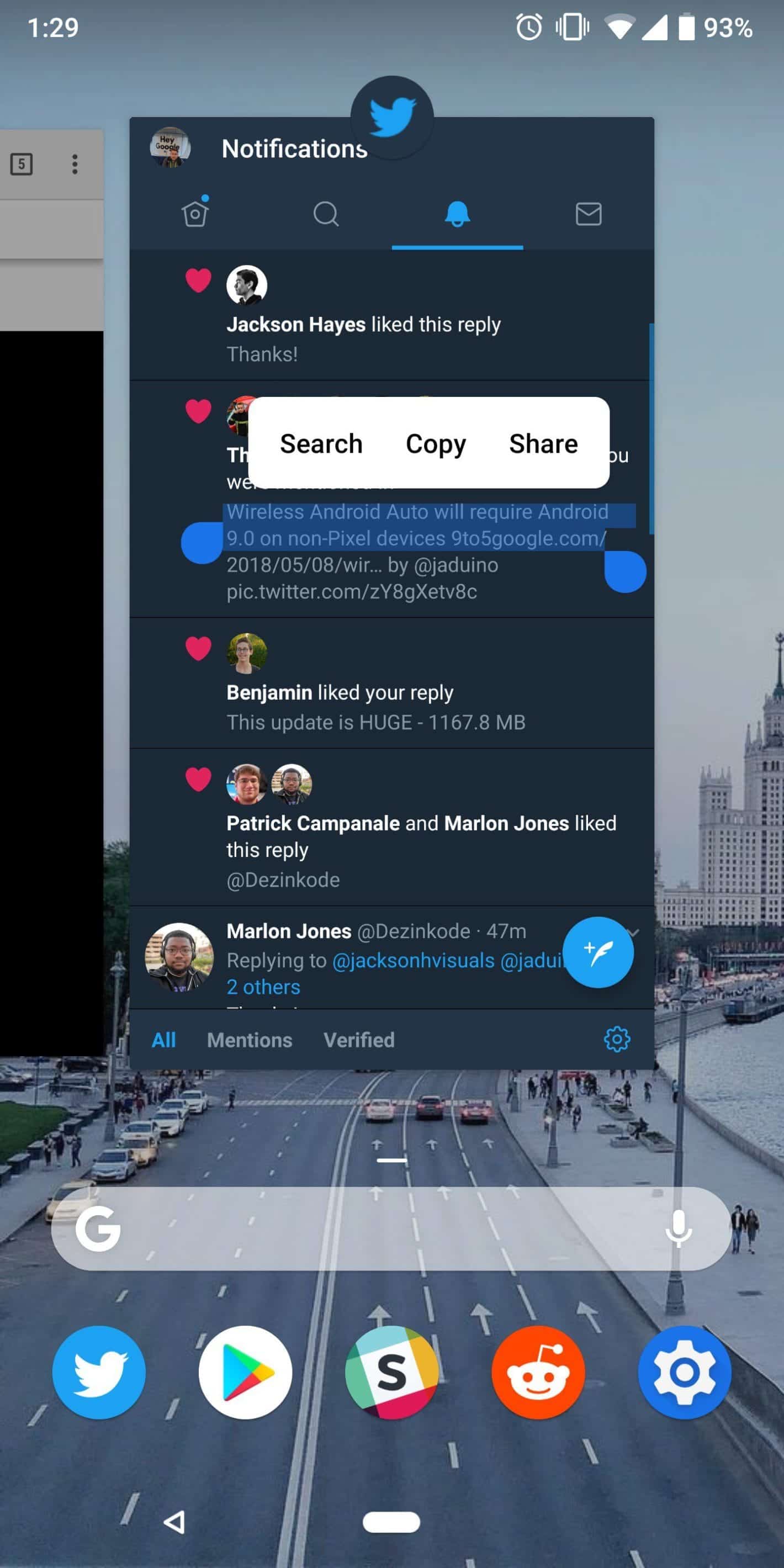 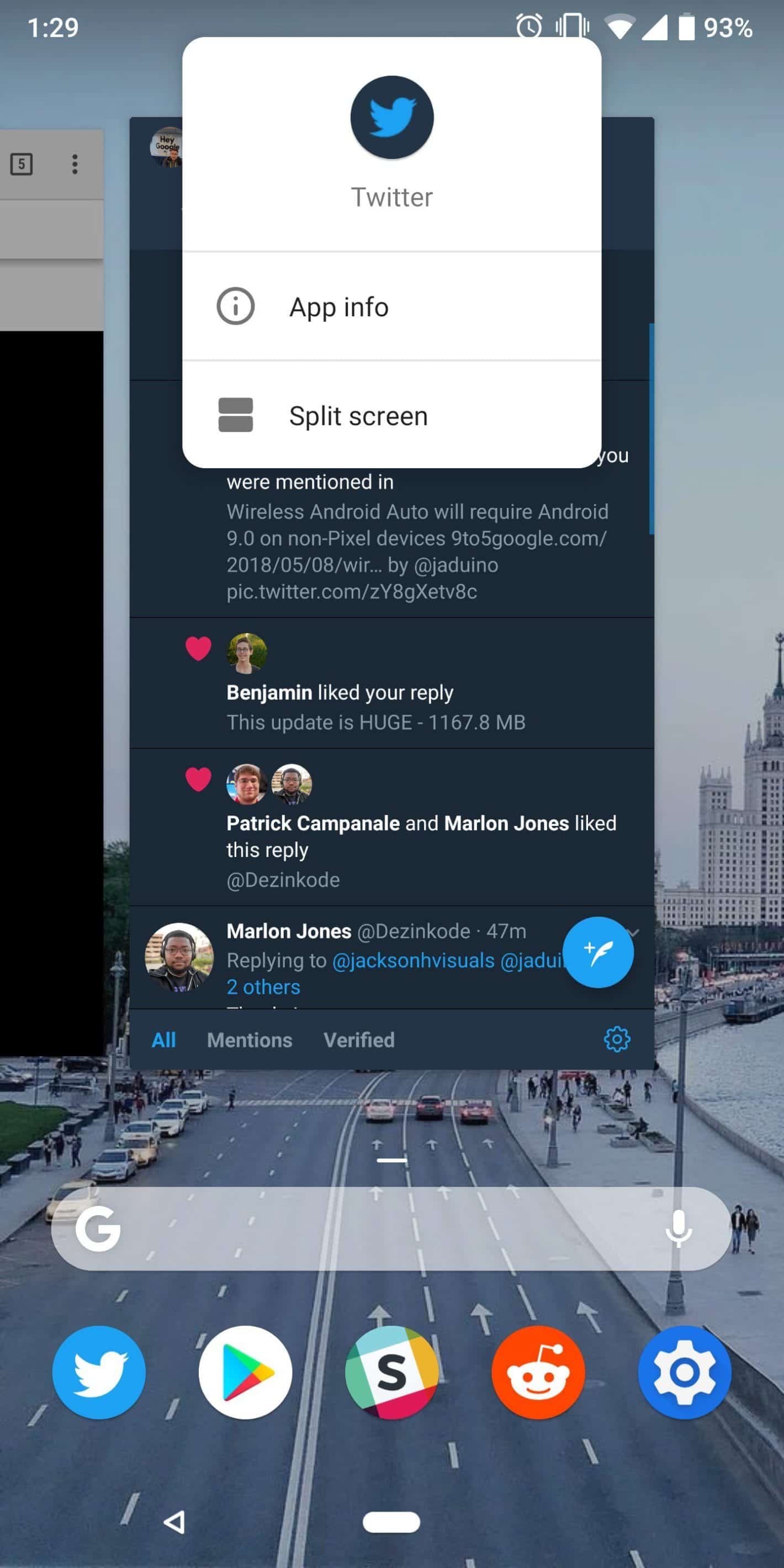 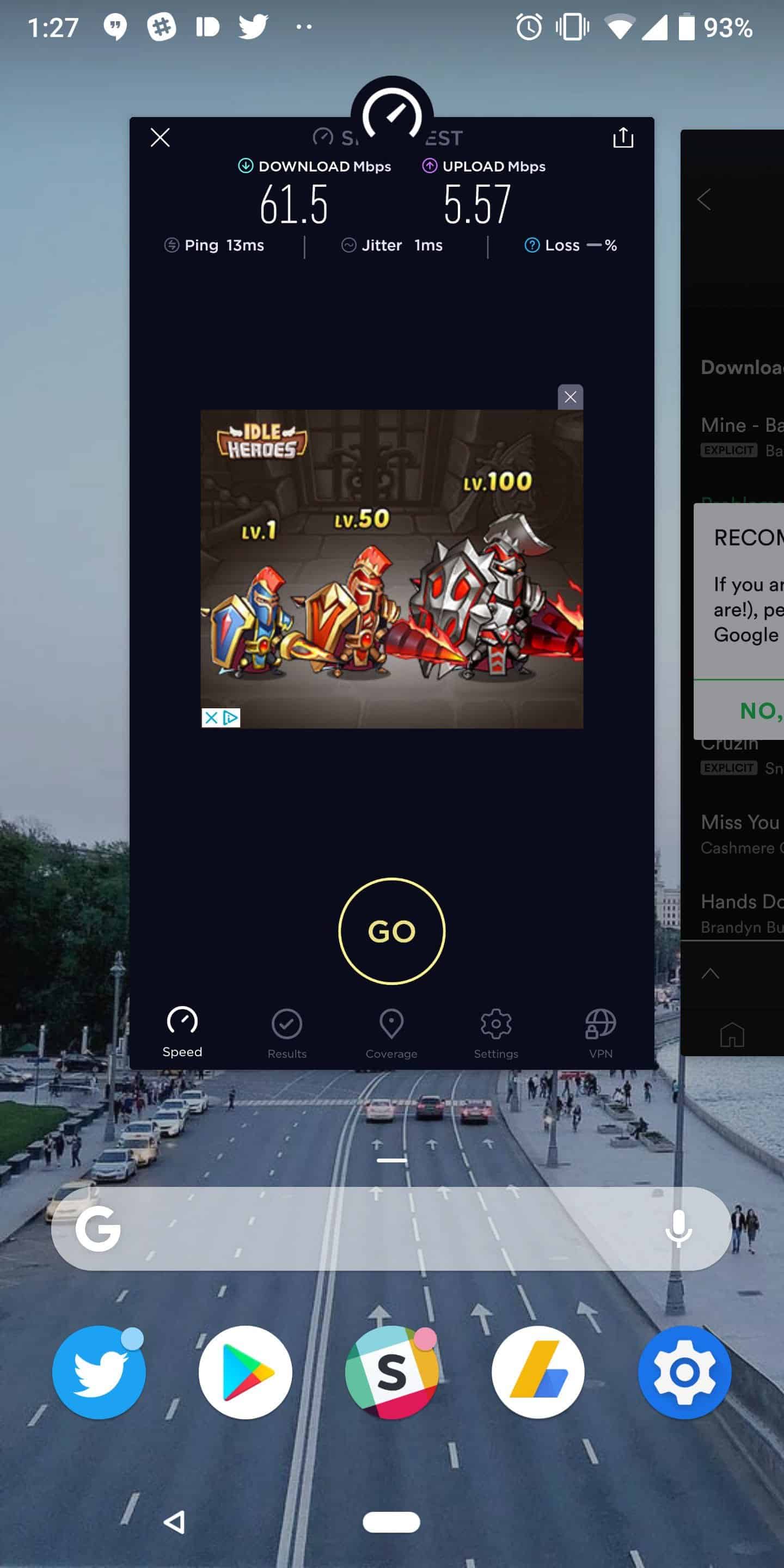 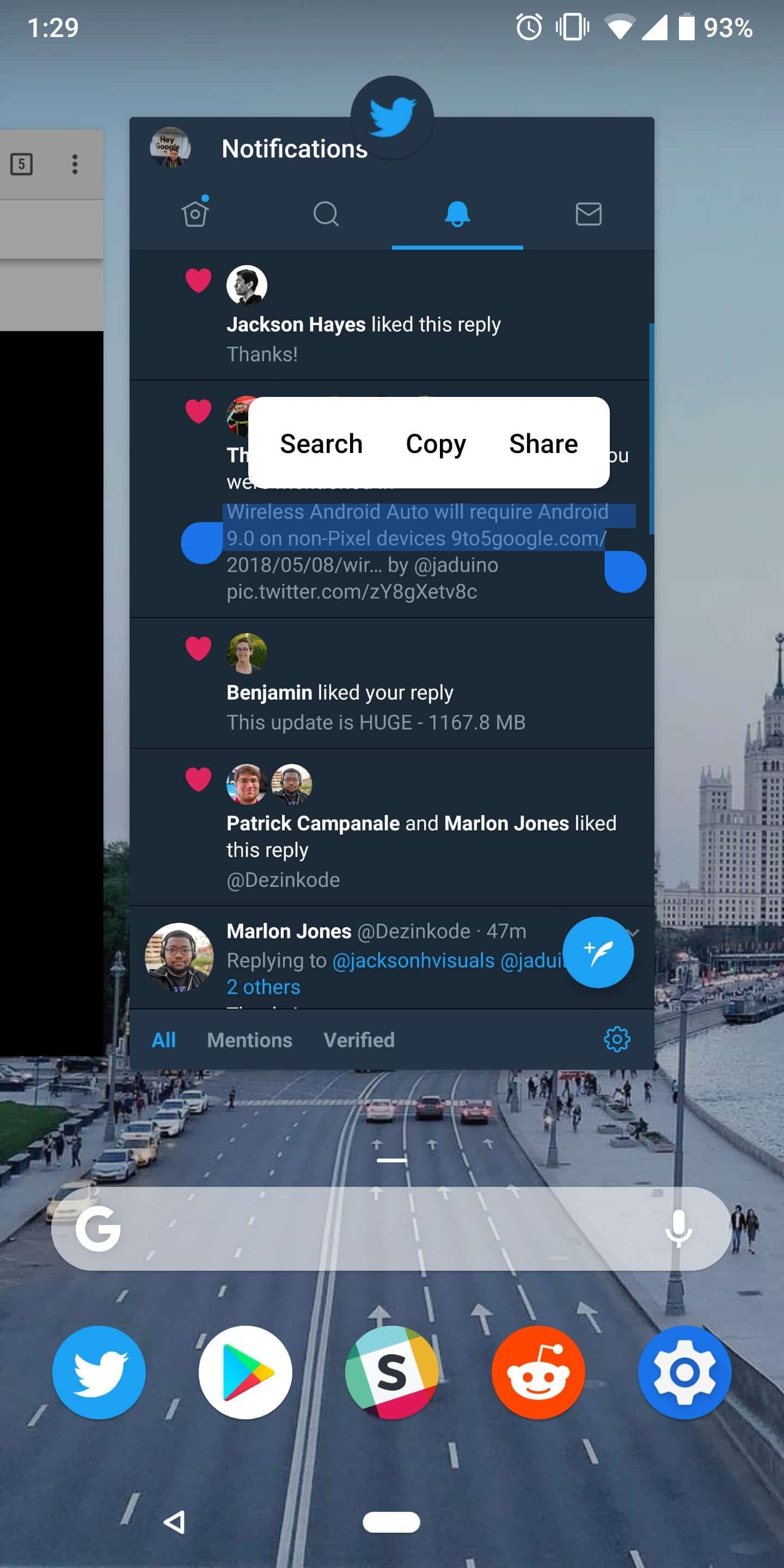 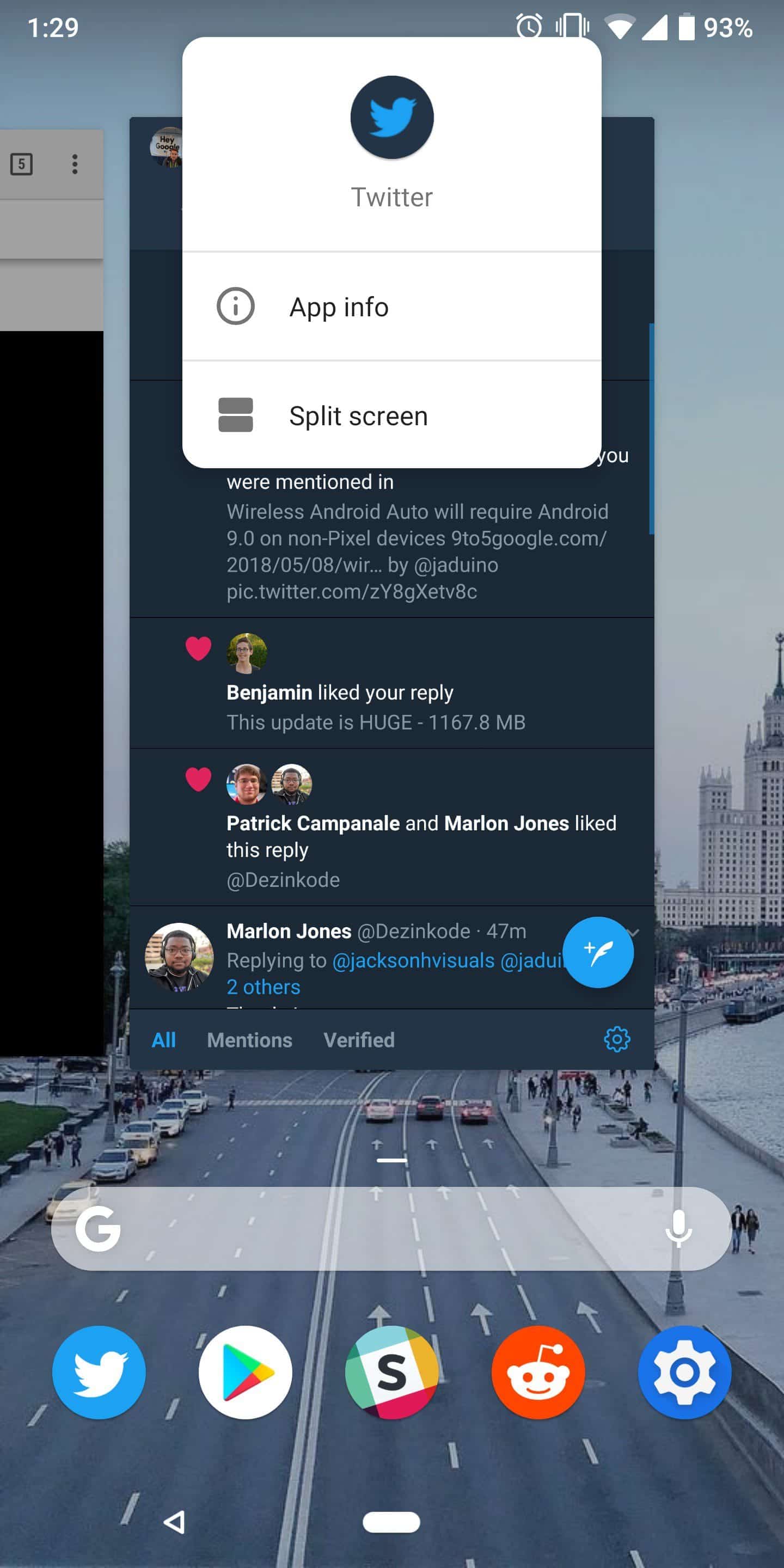