Following the release of Motorola’s newest mid-range smartphone offerings including the Moto G6 last month, the OEM now appears to be preparing a new major software update for the Moto G5 released last year. Specifically, the device was recently spotted running Android 8.1 Oreo in the Geekbench database, indicating that an official rollout might be taking place in the coming weeks or months. Assuming that the update will roll out soon, it will push the Moto G5’s software to a newer version than the one pre-loaded on the latest Moto G6 model, which runs Android 8.0 Oreo out of the box.

The Moto G5 model spotted on Geekbench carries the model number XT1670 and is one of the variants equipped with 2GB of RAM instead of 3GB. Nevertheless, it’s safe to assume that once the distribution of Android 8.1 Oreo commences, it will cover all variations and will gradually expand globally, as is usually the case. In theory, at least, this should also include the Moto G5S and the G5S Plus, both of which were launched last August while running Android 7.0 Nougat, same as the standard model launched in March of 2017. As a reminder, last September Motorola published a list of devices planned to make the jump to Android Oreo, and indeed the entire Moto G5 lineup was included, along with numerous Moto Z models, though no release timeframes for the update were provided. Roughly eight months have passed since, and now that Motorola’s latest G6 and E5 series are hitting the shelves, the OEM might be turning its attention toward updating last year’s models with a newer Android version.

Exact details on what the new software will bring to the table are missing, but the update presumably won’t add much in terms of proprietary UI elements and instead continue the tradition of a near-stock Android OS experience. The usual improvements to expect from Android Oreo include better security and performance, adaptive icons and notification dots, a picture-in-picture mode, and more. 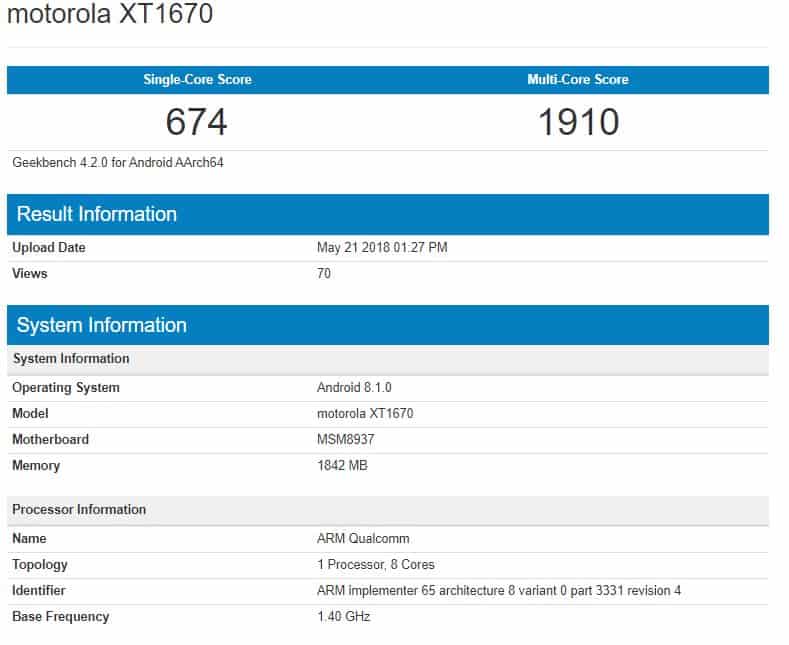