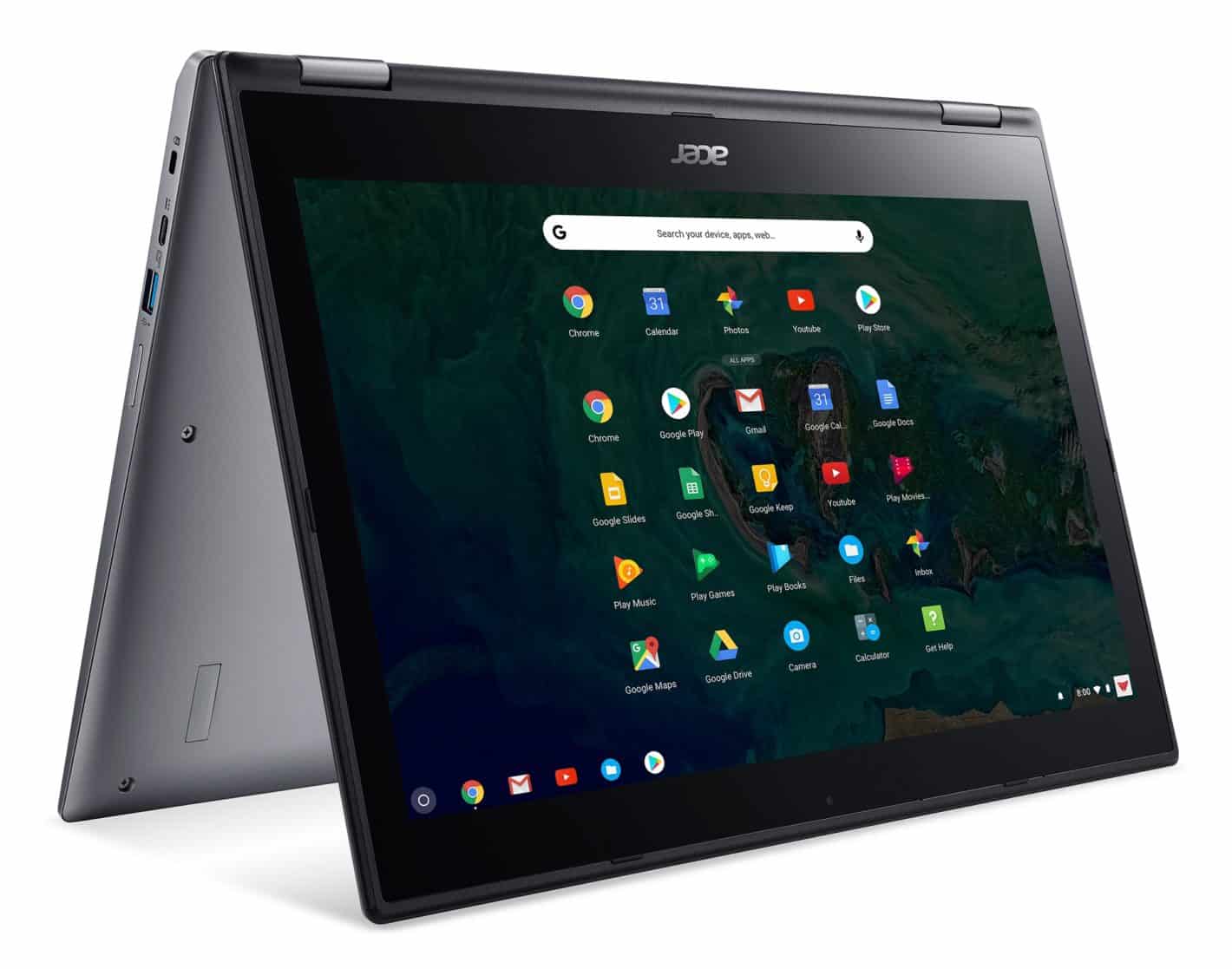 Acer today announced the launch of a few new Chromebooks as part of the company’s press event in New York. Of the new arrivals, one of the most notable is the Acer Chromebook Spin 15 as this is a Chromebook which comes with a 15.6-inch display, making it one of the largest display Chromebooks currently on the market.

This is not the first Acer Chromebook to come with a display of this size as the company already has its Chromebook 15 line equipped with an identical-sized display, although the Chromebook 15 is typically positioned as a more affordable option. In contrast, the new Chromebook Spin 15 arrives as the latest addition to the company’s existing Spin line of devices, which means it offers features the standard Chromebook 15 line doesn’t. Most notably, a 360-degree rotating hinge. Therefore, in spite of its larger than usual display, this is a device that is also being sold as a ‘portable device’ due to its ability to be manipulated and adjusted to adopt different positions, including a tablet position. A combination which Acer states makes this new Chromebook “the industry’s first convertible Chromebook with a 15.6-inch display.” While this is a large display, the resolution is resigned to 1920 x 1080.

As for the rest of the specs, the Chromebook 15 will be launched in both 4GB and 8GB flavors, as well as offering either 32GB or 64GB storage, and powered by one of three Intel processors: Intel Pentium N4200 quad-core processor, Intel Celeron N3450 quad-core processor, and the Intel Celeron N3350 dual-core processor. As to be expected with a new Chromebook, this one will feature USB 3.1 Type-C ports (two) as well as two USB 3.0 ports. Bluetooth 4.2, is also included, as is a 720p webcam, two full-sized upward-facing speakers, Android app support, and a battery said to be capable of offering up top thirteen hours of usage off a single charge. The Acer Chromebook Spin 15 (model number CP315-1H) will first become available in May in the UK with the baseline price set at £399. In June, it is then expected to become available in EMEA with a starting price of €449, and this will then be followed by a North American launch in July where the new Chromebook Spin 15 will arrive with a starting price of $449.