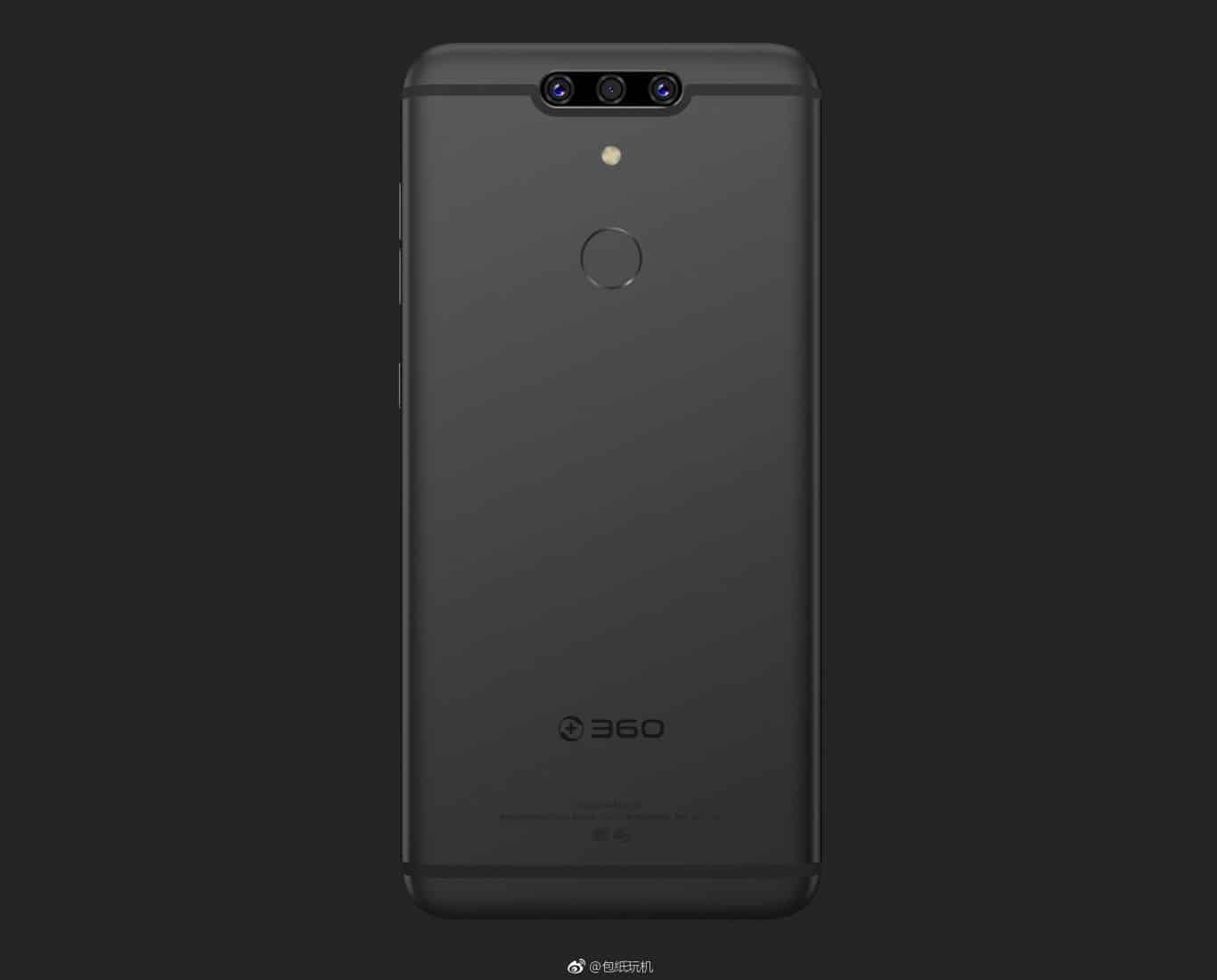 Chinese Internet security firm Qihoo 360 – also known as 360 Mobile – is reportedly preparing to launch a new Android smartphone in China under the name of 360 N7, which could be a direct successor to the 360 N5 introduced last year. Although hardware specifications are largely unknown, a recent post on  Chinese social network Weibo seemingly revealed part of the upcoming smartphone’s design, complete with three main cameras on the back panel and a rear-mounted fingerprint sensor.

The smartphone appears to be based on a unibody metal design with antenna stripes running across the top and bottom of the back panel, and it looks like it has TD-LTE networking capabilities, judging by the small print located right below the “360” logo. The same print also reveals the 1807-A01 model number which was apparently spotted in the AnTuTu benchmark not long ago. There, the device scored around 133,000 points, leading to speculation that it could be powered by Qualcomm’s Snapdragon 636 chipset, but according to reports from China, those claims were denied by 360 Mobile, leaving industry watchers to speculate that the unit might actually employ MediaTek’s Helio P60 chipset instead. Whatever the case may be, the upcoming 360 N7 smartphone seems to up the stakes set in place by the 360 N5 last year, as it should feature an elongated image format given the rough dimensions suggested by the render at hand. The design of the front panel remains unknown as of this writing, and so are the details pertaining to the front-facing camera and screen resolution.

More information regarding the hardware and software powering the 360 N7, as well as its design, pricing, and availability are expected to emerge next Tuesday, May 8, when the Chinese firm is reportedly set to host a launch event for the device. Invitations for the event have already been sent out in China in the form of a frying pan seen in the gallery below, which might have some sort of hidden or symbolic meaning for prospective buyers in China. Either way, it’s likely that the 360 N7 will remain exclusive to China, although it wouldn’t be out of the ordinary if it will eventually be picked up by online resellers such as GearBest and distributed in other markets as well.