A premature promotional listing of the upcoming Xiaomi Redmi S2 was sighted in Vietnam earlier this week, suggesting the handset will be priced at the equivalent of $180 in the Far Eastern country. The ad that can be seen below also shows the device itself, with the new depiction being in line with the images published by China's telecom regulator TENAA in mid-April, revealing an offering with an 18:9 display which lacks a physical Home button and possibly features a dual-camera setup on its top bezel.

The back of the device is also expected to sport a two-lens imaging system, whereas its screen is understood to be of the 5.99-inch variety, supporting an HD+ resolution of 1,440 by 720 pixels. A 3,000mAh battery should also be part of the package, together with one of three possible memory configurations, with the base model having 16GB of storage space and 2GB of RAM, and the most premium version boasting 64GB of flash memory and 4GB of RAM, as per previous reports. The Xiaomi Redmi S2 will run Android 8.1 Oreo-based MIUI 9 out of the box, according to its TENAA certification. The Beijing-based company is said to be planning on commercializing up to nine different color variants of the mid-range handset. Recent rumors are pointing to the Redmi S2's system-on-chip of choice being Qualcomm's Snapdragon 625 which Xiaomi already utilized on numerous occasions, with its Redmi Note 4, Mi A1, Redmi Note 5, and Mi Max 2 all being powered by the same silicon.

Xiaomi already obtained all necessary certificates for commercializing the Redmi S2 in its home country, with the smartphone's launch now being expected to follow soon. It's presently unclear whether the original equipment manufacturer is planning a wider release, even though the Redmi S2 is likely to eventually be picked up by international resellers such as GearBest and should hence be available globally, at least in an unofficial capacity. 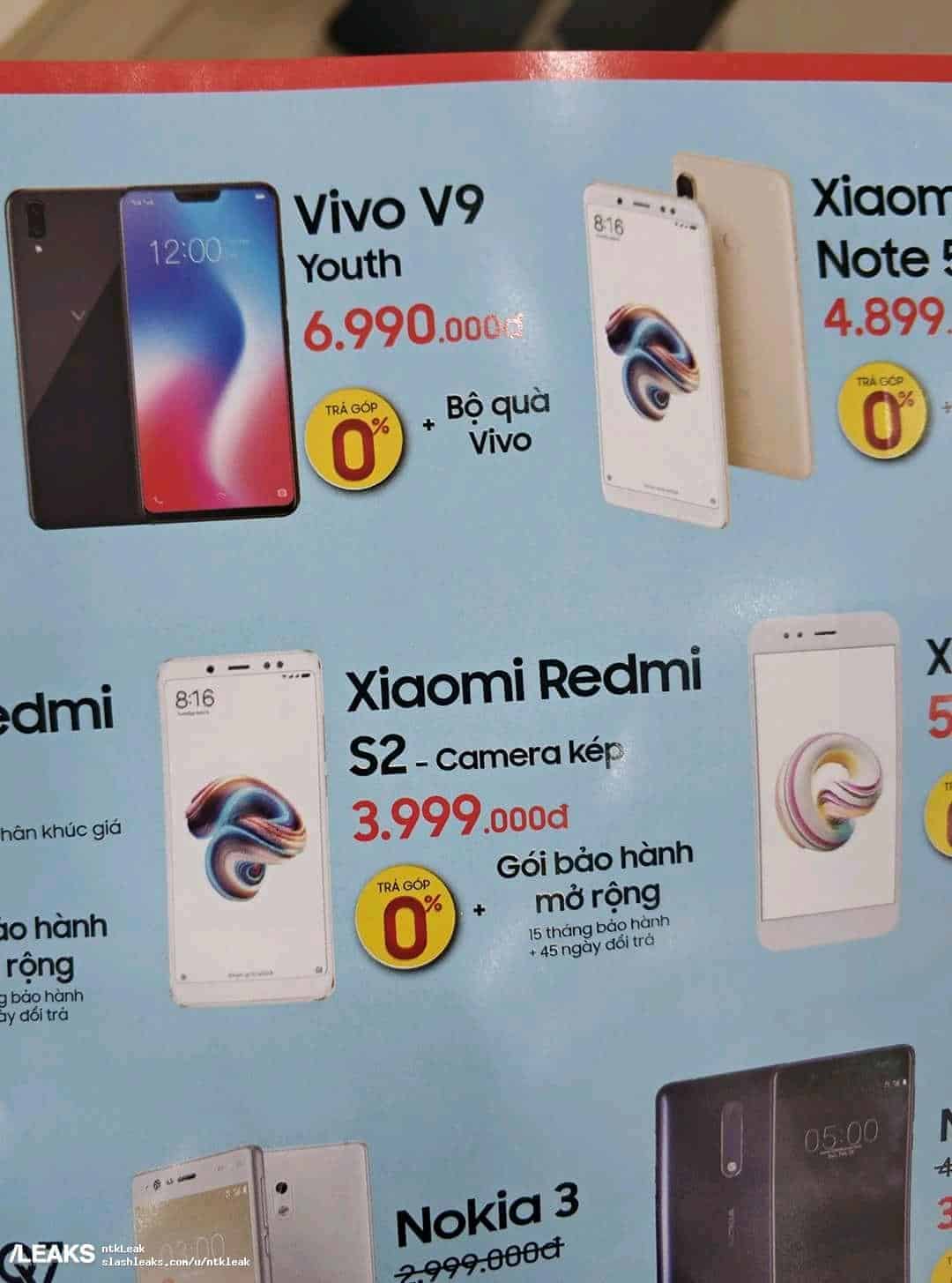