A list of specifications belonging to what’s said to be the Xiaomi Mi 6X, i.e. Mi A2 leaked online earlier this week, having originally been shared by Indian tech blog Best Under R. According to the product listing snapshot seen below, Xiaomi’s next device will ship with Android 8.1 Oreo, most likely being set to launch as part of Google’s Android One program, much like its predecessor. While the previous handset featured a 5.5-inch 16:9 screen, the upcoming device will boast a 5.99-inch display panel with a resolution of 2,160 by 1,080 pixels amounting to a taller aspect ratio of 18:9, as per the new leak.

The Xiaomi Mi 6X has also been listed as featuring the Snapdragon 626, Qualcomm’s mid-range chip with eight cores clocked at up to 2.2GHz, as well as 4GB of RAM and 64GB of internal flash memory. The source suggests the smartphone will sport a dual-camera setup entailing a 20-megapixel sensor and an 8-megapixel one on its rear panel, with the two being mounted behind an f/2.0 and f/1.8 lens, respectively. The front camera has been listed as featuring a 20-megapixel sensor and a glass module with an aperture of f/2.0. The overall package will be 7.3mm thick and 165mm tall, in addition to housing a 2,910mAh battery which likely won’t be removable, the new leak indicates

The Mi 6X moniker is expected to be used exclusively in Xiaomi’s home country of China which is also the only market where the firm released the Mi 5X last year. All other territories that received the same handset saw it marketed as the Mi A1. The device is likely to retain the Hybrid SIM setup with support for at least 128GB of microSD storage boasted by its predecessor. While the Mi A1 was unveiled last September, the upcoming Android One offering from Xiaomi may debut earlier in the year, as indicated by the fact that the phone has already been the subject of numerous relatively detailed leaks and reports corresponding with one another, suggesting its design has already been finalized. 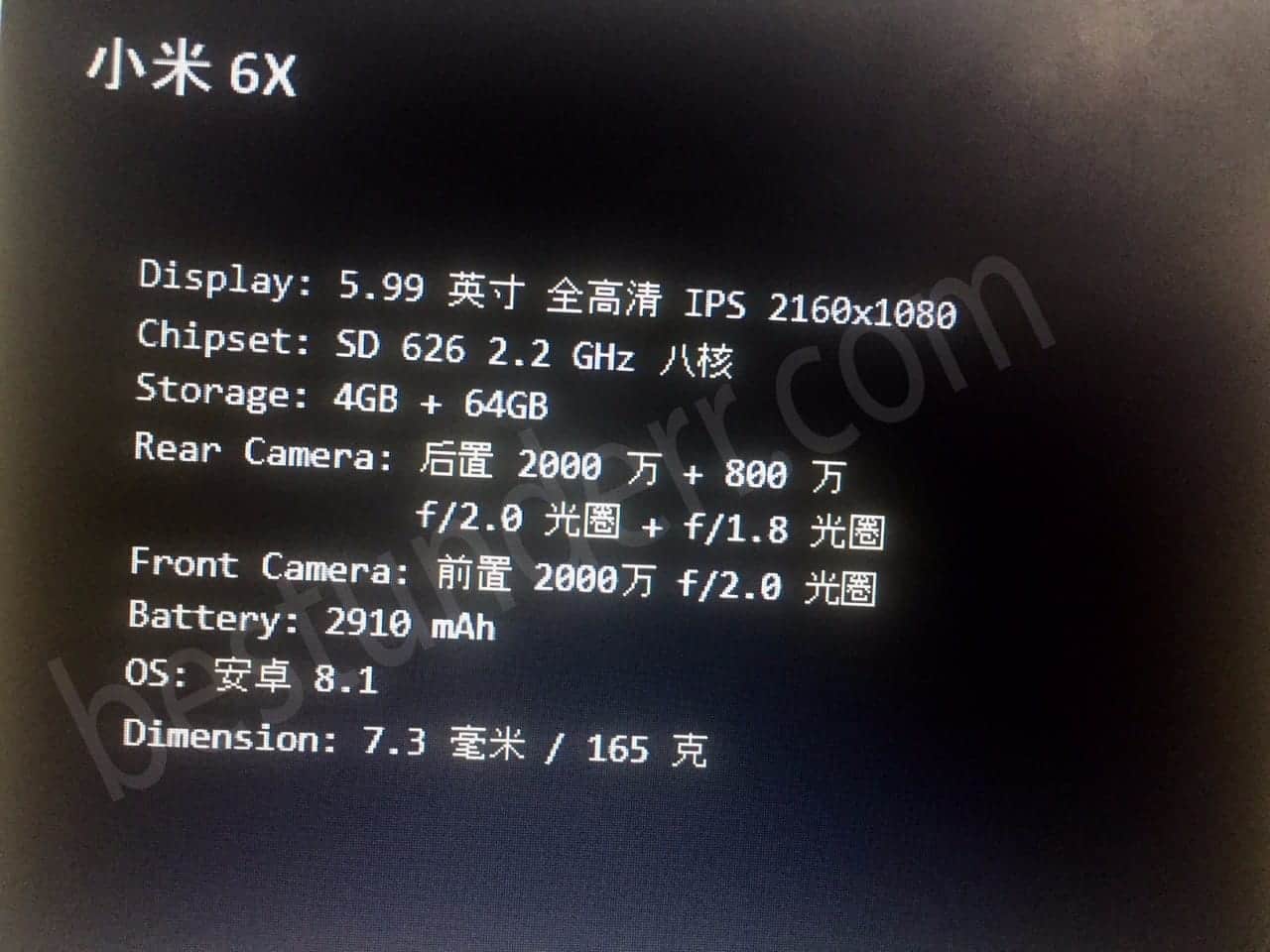