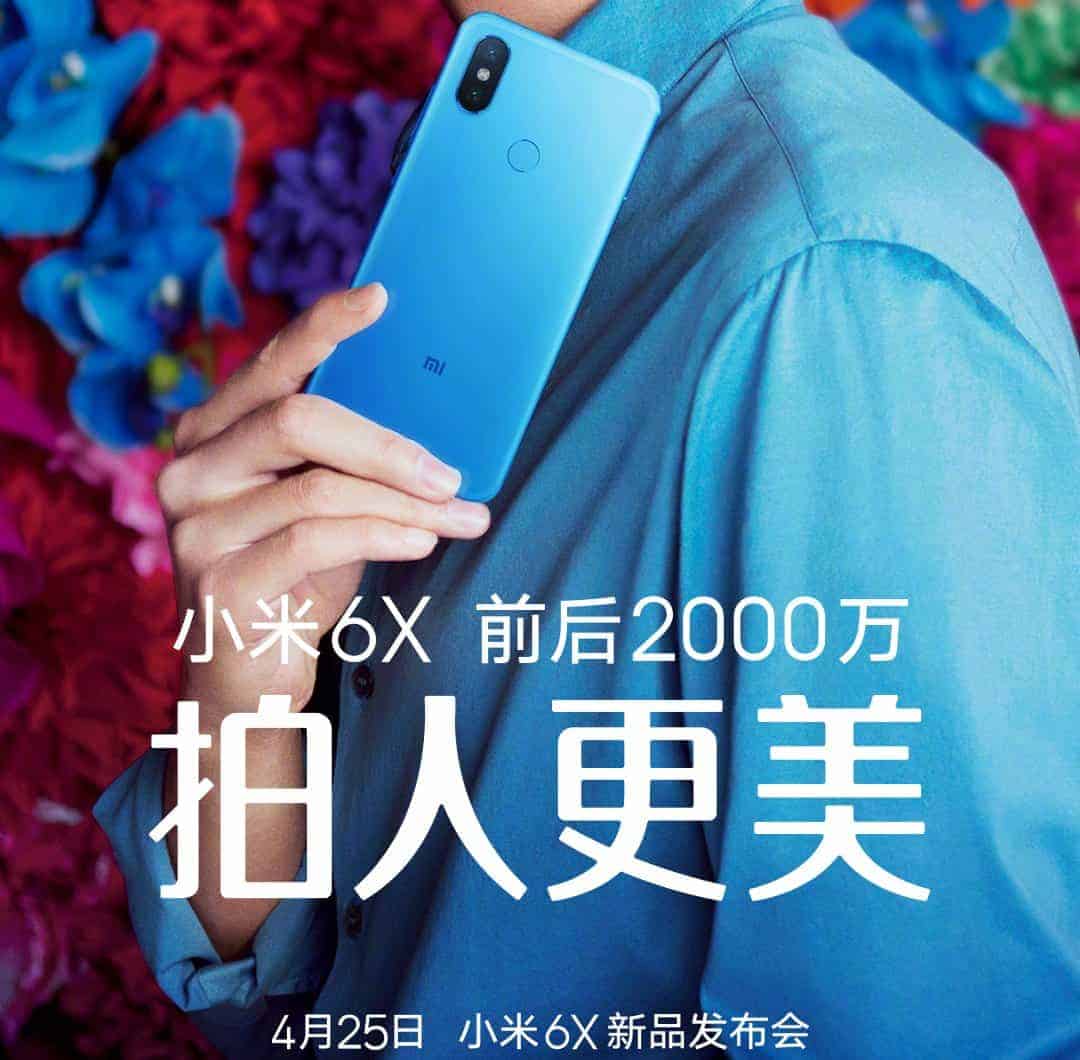 Xiaomi has just confirmed that its rumored Mi 6X handset will be announced on April 25, after announcing the event itself earlier this month. The company confirmed that info via Weibo (Chinese social network), and along with the release date, the company also showed off the back side of the device. If you take a look at the provided image down below, you will be able to see that the phone features a vertically-aligned dual-camera setup, and a rear-facing fingerprint scanner, while the person in the image is Kris Wu, Xiaomi’s spokesperson.

Now, the company’s logo is located on the back side of this smartphone as well, and as you can see, the back side of the device is the only part of it that is shown in this image, we’ll have to wait until it gets announced in order to see an official image of its front side. Having said that, the phone already hit TENAA (China’s equivalent to the FCC) quite recently, so we pretty much know what to expect both in the spec department, and in terms of the design. This dual camera setup on the back actually resembles the dual camera setup on the Mi MIX 2S and Redmi Note 5 Pro in terms of the design, and those two cameras will not be flush with the back side of the Mi 6X. This is a blue-colored Mi 6X, it seems, though we still do not know what will the exact name for that color be, it’s possible Xiaomi will use some fancy name for it. The image down below also confirms that a 20-megapixel shooter will be included both on the phone’s front and back sides, though a secondary camera will sit on the back as well, and if TENAA is to be believed, we’re looking at an 8-megapixel secondary rear-facing camera.

The phone will feature a 5.99-inch fullHD+ (2160 x 1080) display, while it will ship in 4GB and 6GB RAM variants it seems. Those two RAM variants will arrive with 32GB and 64GB of storage, respectively, while Android 8.1 Oreo will come pre-installed on the device. The Snapdragon 660 64-bit octa-core will probably fuel the device, while a 2,910mAh non-removable battery will be included in the package as well. 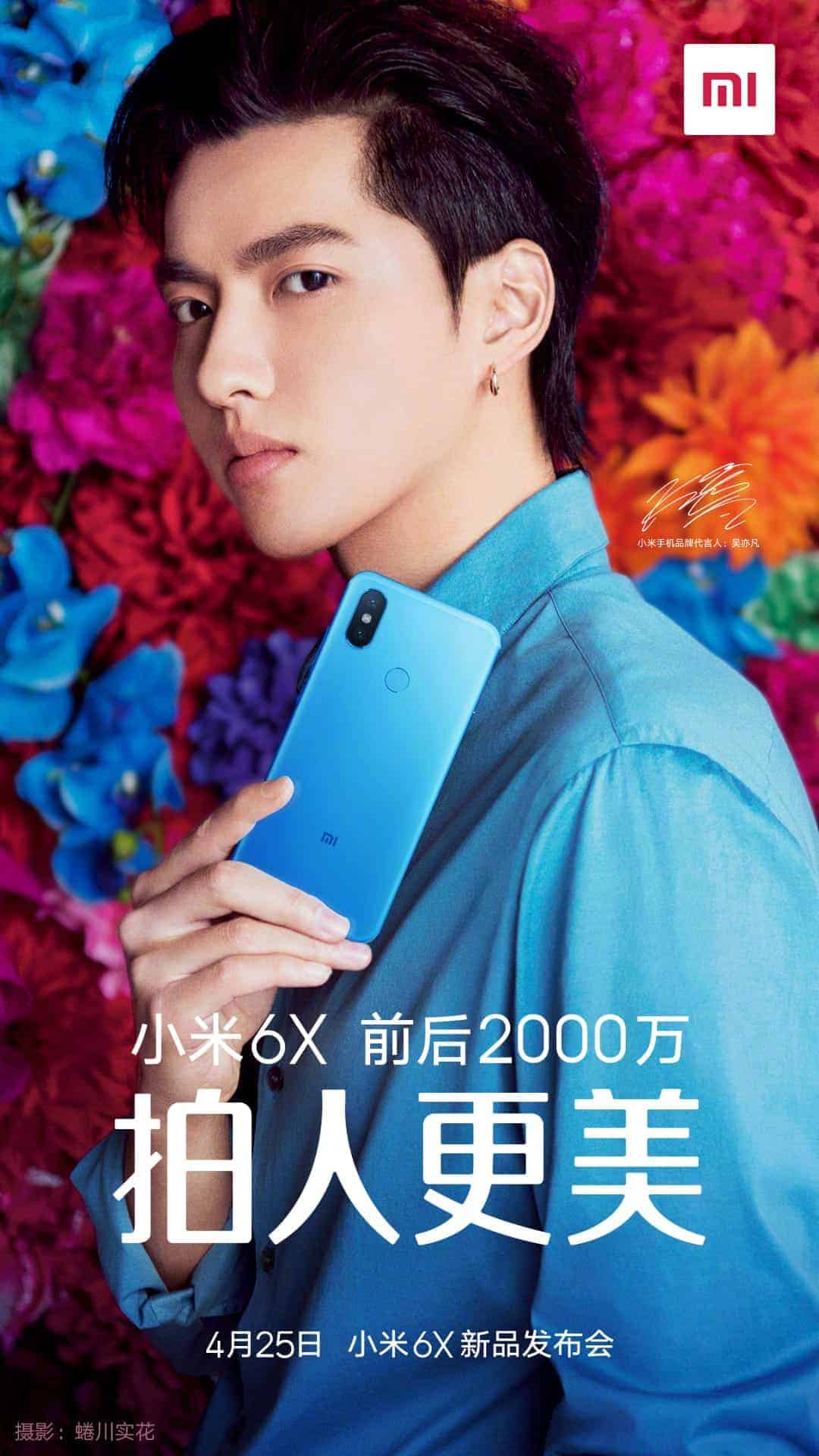