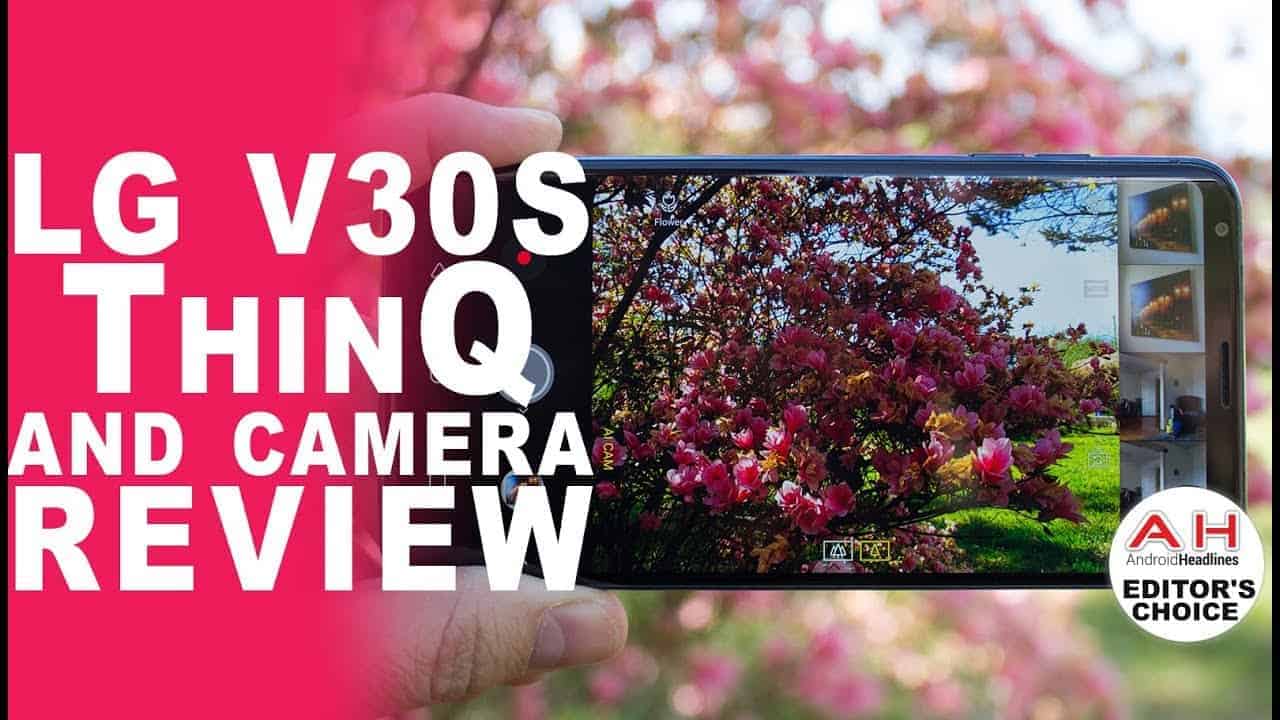 The LG V30S ThinQ is the latest smartphone from South Korean electronics giant LG, and a rather interesting one at that. LG unveiled the V30S ThinQ back at MWC 2018 and launched it in South Korea shortly afterward, but it remains a very curious product indeed. The V30S thinQ is essentially identical to LG V30, which has been on the market since last Fall, except that it sports 6GB of RAM and 256GB of internal storage, along with some incredibly attractive new colors: Platinum Silver, and the gorgeous Moroccan Blue. This last color is obviously the one we've got for review, and it is simply stunning to behold. What appears as a coral blue in some kinds of light can also shift to a darker blue, and even a soft shade of purple in other types of light, and overall really completes the design of the phone.

Outside of these color changes, the design of the V30S ThinQ remains identical to the V30, including the ultra-small bezels around all sides, which are symmetrical for the top and bottom, as well as smaller side bezels. It's still got the incredibly light weight of the original while remaining thin and solid, and has the absolute best vibration motor of any Android-powered phone in the industry. It's amazing what a difference just a simple vibration motor makes, but it's really quite a game-changing experience once you try it. The V30S ThinQ launches with Android 8.0 Oreo, but doesn't feature any new features that are specific to this particular model outside of the QLens mode on the camera.

QLens is LG's answer to Google Lens and Bixby Vision, and utilizes both Amazon's visual product database for product searches, as well as Pinterests visual database for everything else. Take a picture of something and choose which service to utilize for the visual search, and the camera software works its magic at finding what you're seeing. LG has also added in a new AI Camera that visually identifies subjects and changes the mode automatically, as well as a new Bright Mode for enhancing low light shots. See the differences and enhancements in the video below, and don't forget to subscribe to our YouTube channel for the latest updates!