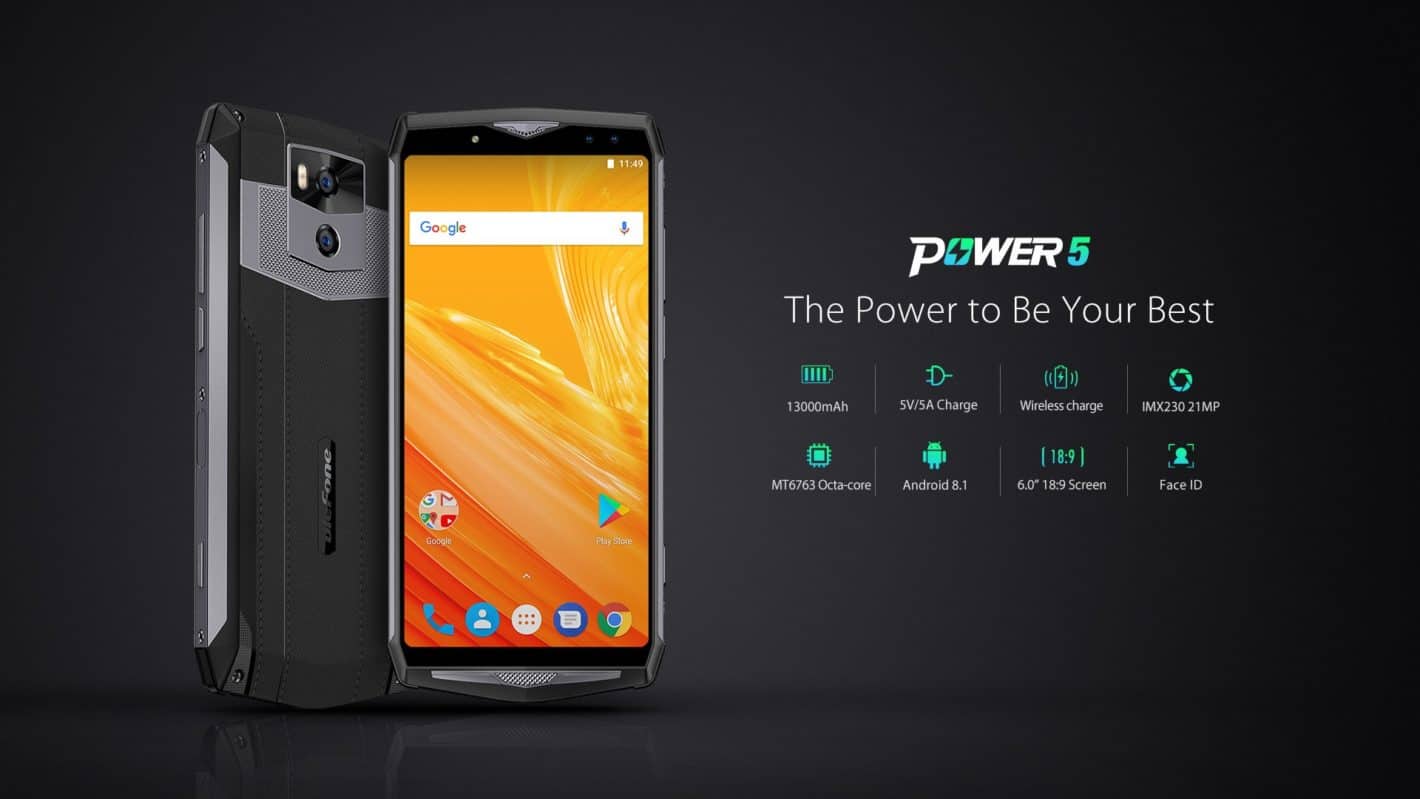 Ulefone has now officially introduced and launched its latest smartphone, the Ulefone Power 5. In spite of the Power 5 only now having been officially announced this is a smartphone that had been teased a lot over the past few weeks as well as also having made an appearance at this year’s MWC event in Barcelona. Although with its official announcement having now come through the company has now confirmed all of the main selling points and features on offer with the Ulefone Power 5.

First, and foremost of which, is the battery. As the Power 5 takes battery capacity to the next level through the inclusion of a 13,000 mAh capacity battery. This makes the capacity equivalent to three-to-four times what is typically included with most major smartphones released today. Needless to say, battery life is expected to be in abundance here and Ulefone goes as far as to say the Power 5 is capable of lasting up to seven days off the back of a single charge. With what is essentially a week’s worth of power on offer, Ulefone highlights this as a phone that only needs to be charged 52 times each year. Furthermore, and in spite of the significantly greater battery capacity, the company states the battery can be completely replenished in only two hours and thirty minutes. A result of the included 5V/5A fast charging support along with the included 10-watt charger.

Another of the main selling points is the cameras as the Power 5 not only features a dual camera setup on the back of the device, but also one on the front. The rear setup is made up of a 21-megapixel primary camera along with a 5-megapixel secondary camera. While the front combo includes a 13-megapixel primary camera along with a second 5-megapixel camera. The company is also touting the various software and camera-related features which add to the camera experience overall, including advanced OIS technology for steadier capturing. In addition to the greater battery and double dual rear cameras, comes a large enough display which measures in at 6-inches. This is an FHD+ resolution display due to the inclusion of an 18:9 aspect ratio which results in a taller and slimmer front panel compared to phones with a traditional aspect ratio. Inside, the Ulefone Power 5 comes loaded with 6GB RAM, 64GB storage, and is powered by a MediaTek MTK6763 processor. Padding out the extensive feature list is a side-mounted fingerprint sensor, facial recognition software, Android 8.1 (Oreo), and a leather-like finish on the rear of the device for a more premium look and feel.

In addition to confirming all of the main specs and features Ulefone has also now confirmed the Power 5 will begin its pre-order status on April 24. In the run-up to that time, those who subscribe for more information will have the opportunity to secure $70 off coupons or a free wireless charger. This is only one of the deals ongoing at the moment as Ulefone is currently running a ‘fan festival’ event which sees savings on a number of its devices including the company’s other new option – the Ulefone Armor X. More details on the Ulefone Fan Festival event, as well as the new Ulefone Power 5, available through the links below.