Three Samsung smartphones from the upcoming Galaxy J3 (2018) series were recently spotted in the FCC database bearing the model numbers SM-J337A, SM-J337AZ, and SM-J336AZ. These same model numbers were mentioned by the Wi-Fi Alliance last month, and according to the currently known information, the Samsung Galaxy J3 (2018) destined for AT&T will be identified by the model number SM-J337A and could hit the shelves under the Galaxy Express Prime 3 moniker. On the other hand, the SM-J337AZ and SM-J336AZ variants could be marketed as the Galaxy Sol 3 and Galaxy Amp Prime 3, respectively, though Samsung’s upcoming Galaxy J3 (2018) series is expected to accommodate a few other models as well.

According to the FCC documents, all three variants at hand will be powered by batteries with a capacity of 1,500mAh. This seems like a fairly small battery by today’s standards, even for a budget smartphone from the Galaxy J3 series, especially considering the fact that the 2017 model was powered by a more generous 2,400mAh cell instead, which could indicate the new smartphone will have a significantly smaller screen. Moreover, the Samsung Galaxy J3 (2017) launched last year was powered by the Exynos 7570 SoC developed by the OEM’s chipset division, and according to previous benchmark results attached to the supposed Samsung Galaxy J3 (2018), the said unit will make use of the same silicon clocked at up to 1.43GHz, coupled with 2GB of RAM. But with newer software and the inclusion of Android 8.0 Oreo, the upcoming models will presumably take advantage of a more efficient battery management tool and could, in theory, provide similar levels of autonomy compared to last year’s models despite having smaller batteries. Whatever the case may be, the Samsung Galaxy J3 (2018) series is also expected to include a Pro model powered by a more capable Exynos 7885 chipset, and this variant will presumably use a larger battery.

Although Samsung is keeping quiet about the upcoming budget-oriented smartphone series, the Galaxy J3 (2018) lineup will likely be officially introduced this summer, one year following the launch of the 2017 models. All of the new devices should adopt some exterior design changes for an updated look but they will probably retain the 16:9 aspect ratio of their predecessors. 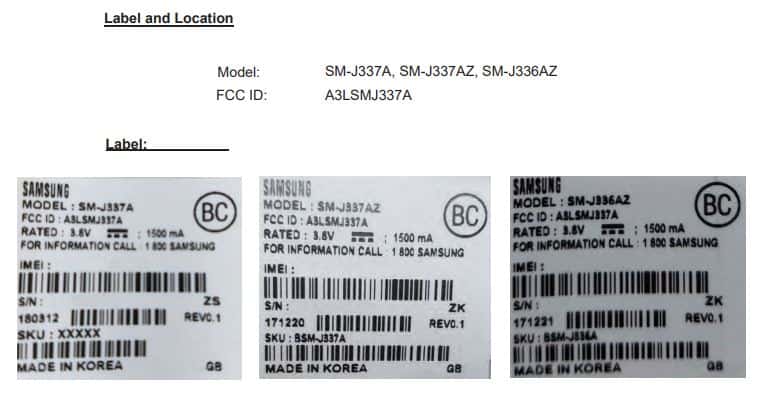