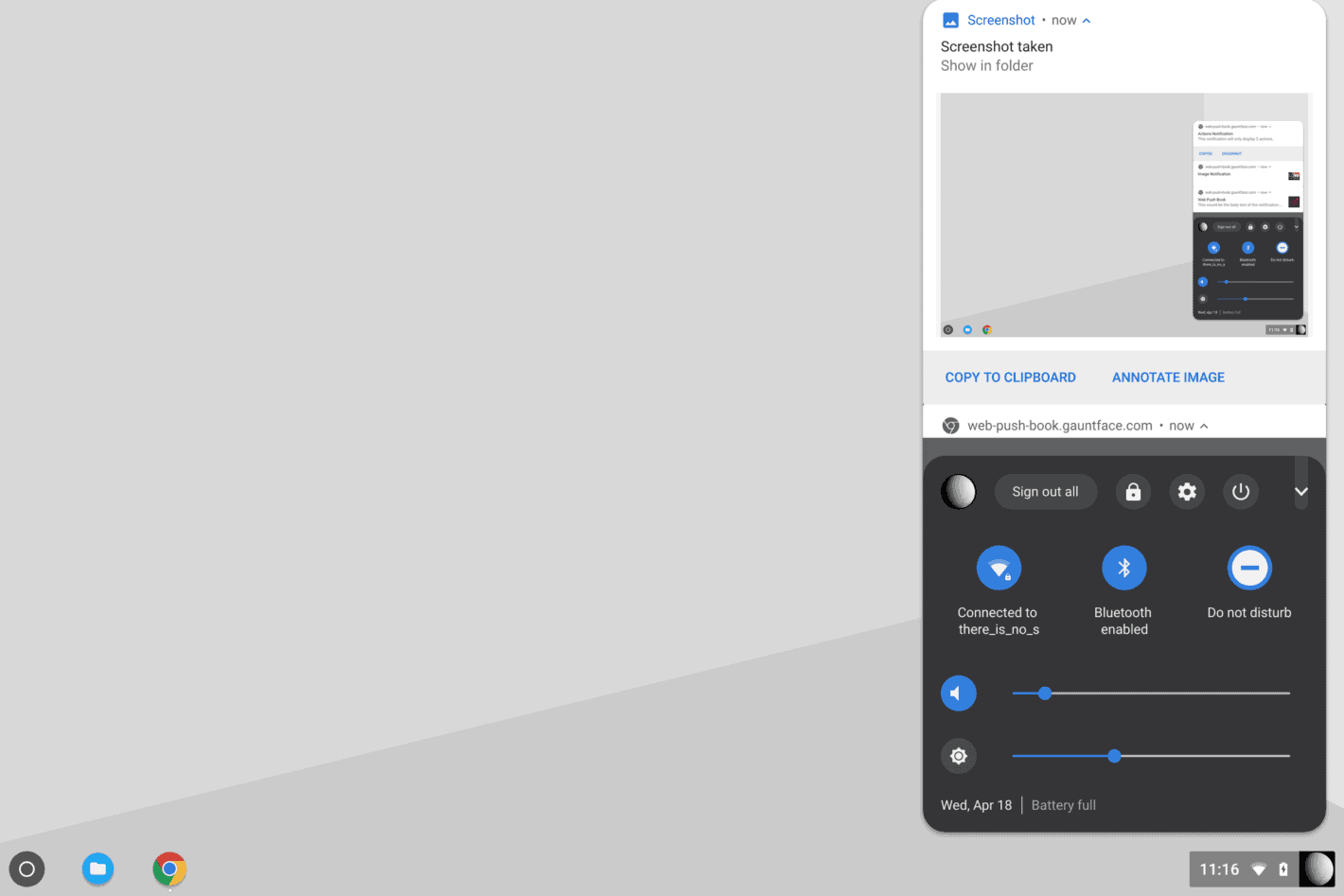 Google's Chrome OS is sporting a tweak to the system menu that brings in notifications, according to a screenshot from a Canary build posted by Redditor InauspiciousPagan. The screenshot in question shows a new merged system menu and notification area, with a block of notifications sitting on top of the menu containing things like brightness controls and the Power Off button. The divide between the two is a bit rough at this point; right now, the notification area is shown in a stark white with toned-down shadows, a style reminiscent of recent showings of Material Design 2 in the likes of the Google App, and a sharp gray line divides it from the darker-colored, rounded system controls area. If this change sticks in the Stable channel, it will likely be cleaned up significantly.

The change brings the notification and system menu areas together into a condensed and somewhat mobile-friendly format. It doesn't really change much, per se, but it does resemble the notification bar seen on Android tablets in some ways. This comes not long after a Canary change that saw Chrome OS cleave to a more mobile-friendly UI for its system and power menus, mirroring Android just a bit and making things more tablet-friendly. Chrome OS tablets are imminent, and detachables are already an element of the ecosystem.

There is speculation that this move may be one of a long line of design changes meant to bring Chrome OS and Android more in line with one another, but the question remains as to where the mysterious Andromeda fits in all of this, not to mention the equally mysterious and slightly more tangible Fuschia. Both of these projects are supposedly about unity between Chrome OS and Android in some way, which means that design changes like this one could be precursors to design conventions in those projects. Thus far, not much is known about Andromeda, and Fuchsia is vastly different from both Android and Chrome OS, with its vertically scrolling menu items and simple layout. As time goes on, more changes like this in both Chrome OS and Android are likely, though they will probably come at a somewhat slow pace.