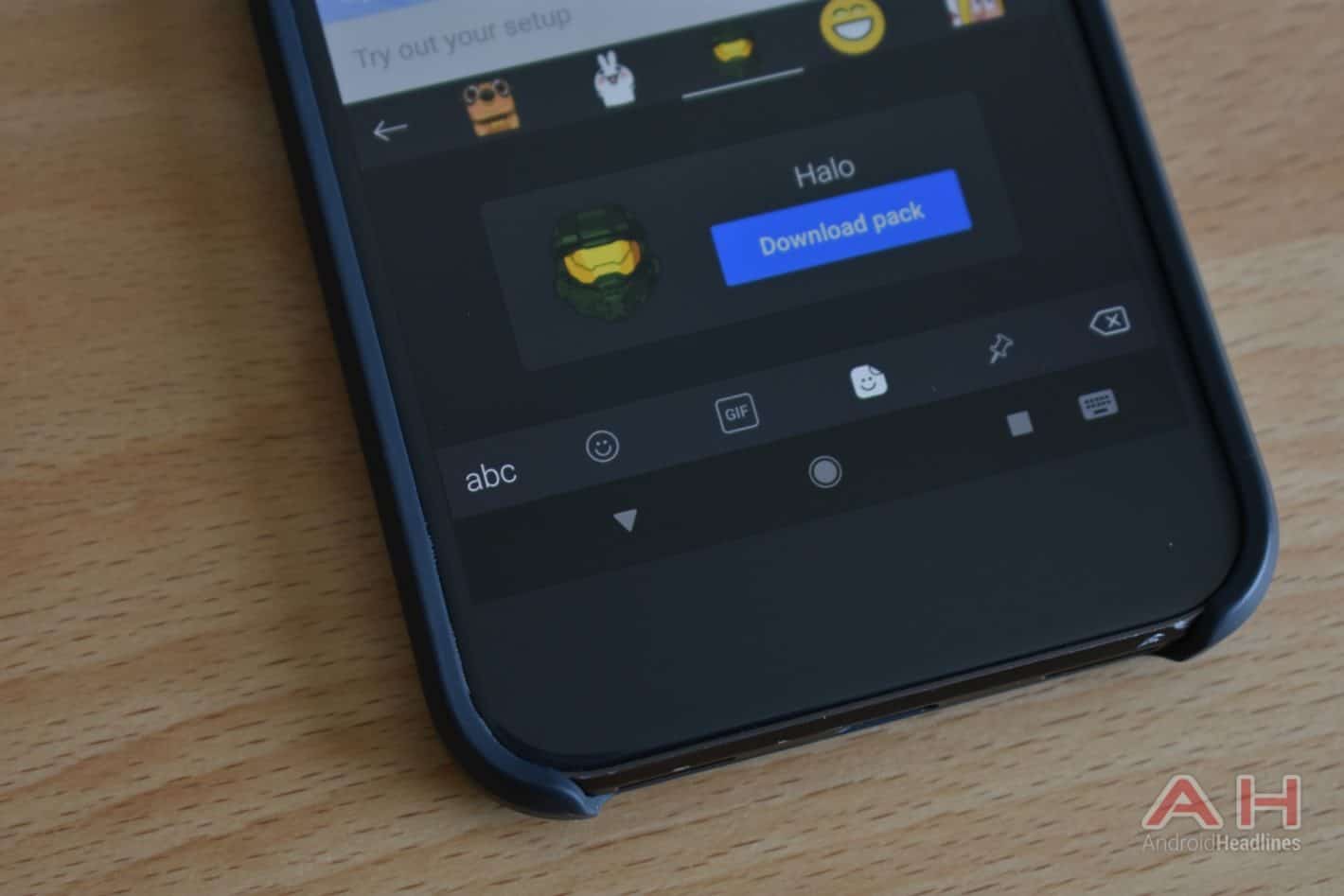 Swiftkey's latest update includes Skype emoticons and Halo stickers, adding more customization and fun options to anything where you tend to need to use the keyboard for typing, whether that be a message, an email, or in a group chat with friends and family. While the Skype emoticons will apply to more a wide-range of user types the Halo sticker pack will specifically be targeting gamers who have a love for the exclusive Xbox/Windows title.

Perhaps unfortunately, depending on how much you like Halo and how often you tend to use stickers in your messages, there are only a total of eight stickers included in this particular pack. Swiftkey has added a combination of regular stickers and animated stickers though so while it is a small selection of options some of them will no doubt be more fun to use because they move. It's also worth noting that the stickers included are exclusive to Swiftkey for Android users, so you won't find these exact stickers in any other keyboard apps, and if you like exclusive stuff then this should sit well with you.

As for the Skype emoticons, there are a total of 24 stickers and they're all animated, so if you use Skype and you use emoticons then you're in for a treat with this new update. Now, stickers aren't entirely new to Swiftkey but they haven't been around for long. In fact the addition of stickers are a result of the version 7.0 update to the app which was pushed out to users on Android back on March 15. Along with the stickers in that update, a new interface for the app was also introduced as was support for a total of 28 new languages, making it possible for even more people to give the third-party keyboard app a try. Swiftkey also recently added location sharing and other new features to the app as recent as March 29, so it's been a busy past month for the developers on the Swiftkey team. If you're looking to check the Halo stickers out, the update that includes the new sticker pack and Skype emoticons is already live on the Play Store, and if you don't already have Swiftkey installed you can grab it from the Play Store button below.