Snap has added a new feature to its ephemeral messaging app that allows users to make group video calls with up to 15 other people. The company announced that it will start rolling out the new feature to Snapchat users this week. Snap introduced group chats for up to 16 users in 2016, while its the video calling support debuted two years earlier but was so far limited to one-on-one conversations.

To get started with the new group video calling feature, simply tap on the video camera icon found in a group chat and other members of the group will be notified of the incoming video call. Users also have the option to use Lenses, a Snapchat feature that allows them to spice up their feeds with a wide selection of filters in real time. While the latest update is focused on supporting group video calls, users can also opt to join the conversation with only their voice. Another option is to send chats in text form to the group while the video call is ongoing.

The group video calling functionality of Snapchat, while quite a bit late to the messaging race, still offers a unique experience to users of the ephemeral messaging service. Its rival, Facebook Messenger, received the same feature both on mobile and desktops two years ago as part of the social networking company’s efforts to push the instant messaging app as a standalone solution independent from the flagship Facebook app. Another Facebook-owned messaging solution, WhatsApp, started beta testing a group video chat feature last December, though the tool was initially spotted two months earlier when WhatsApp began internally testing a number of related features. Snapchat’s group video chat support is likely to roll out in a gradual manner and should be available on a global level come late April or early May. 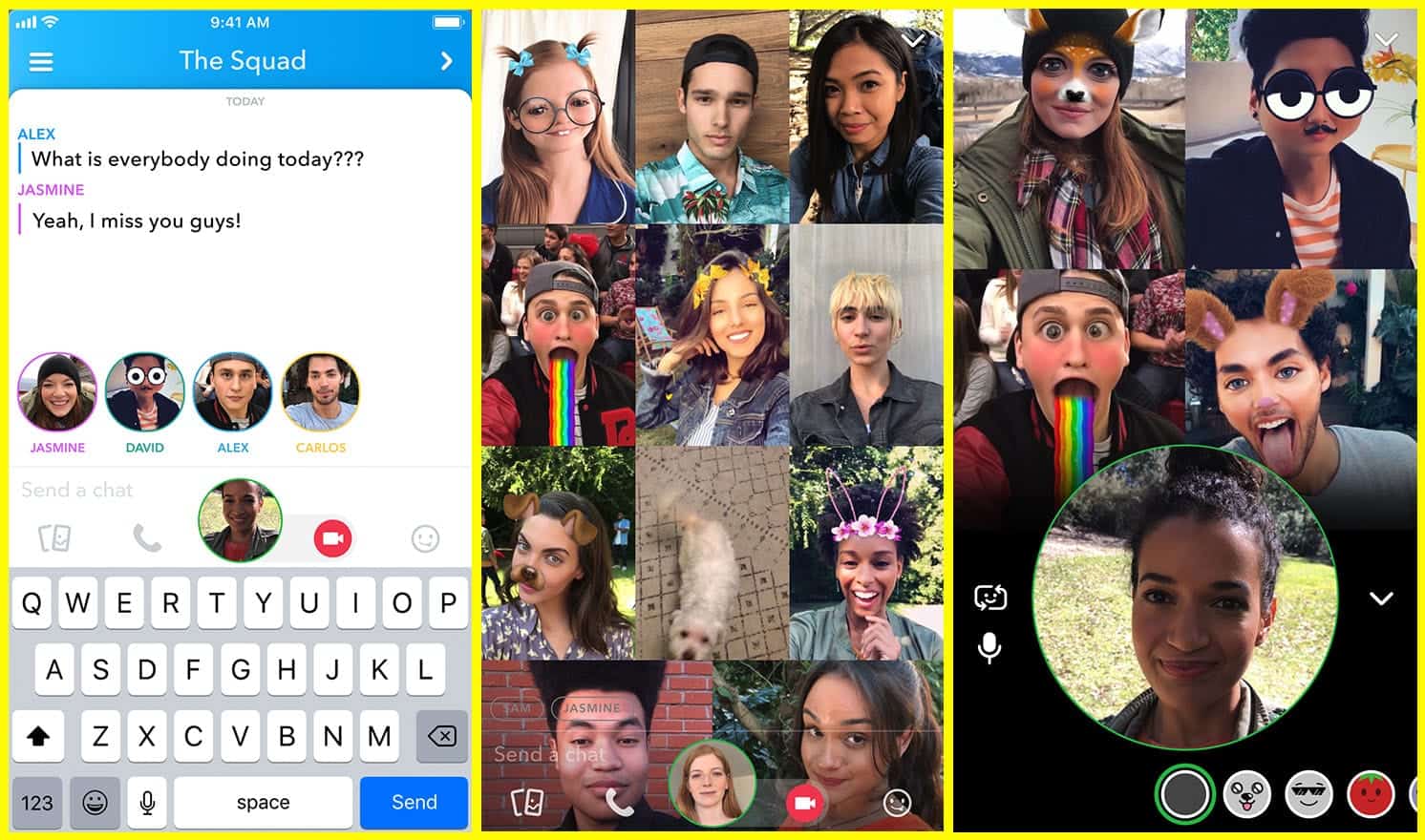