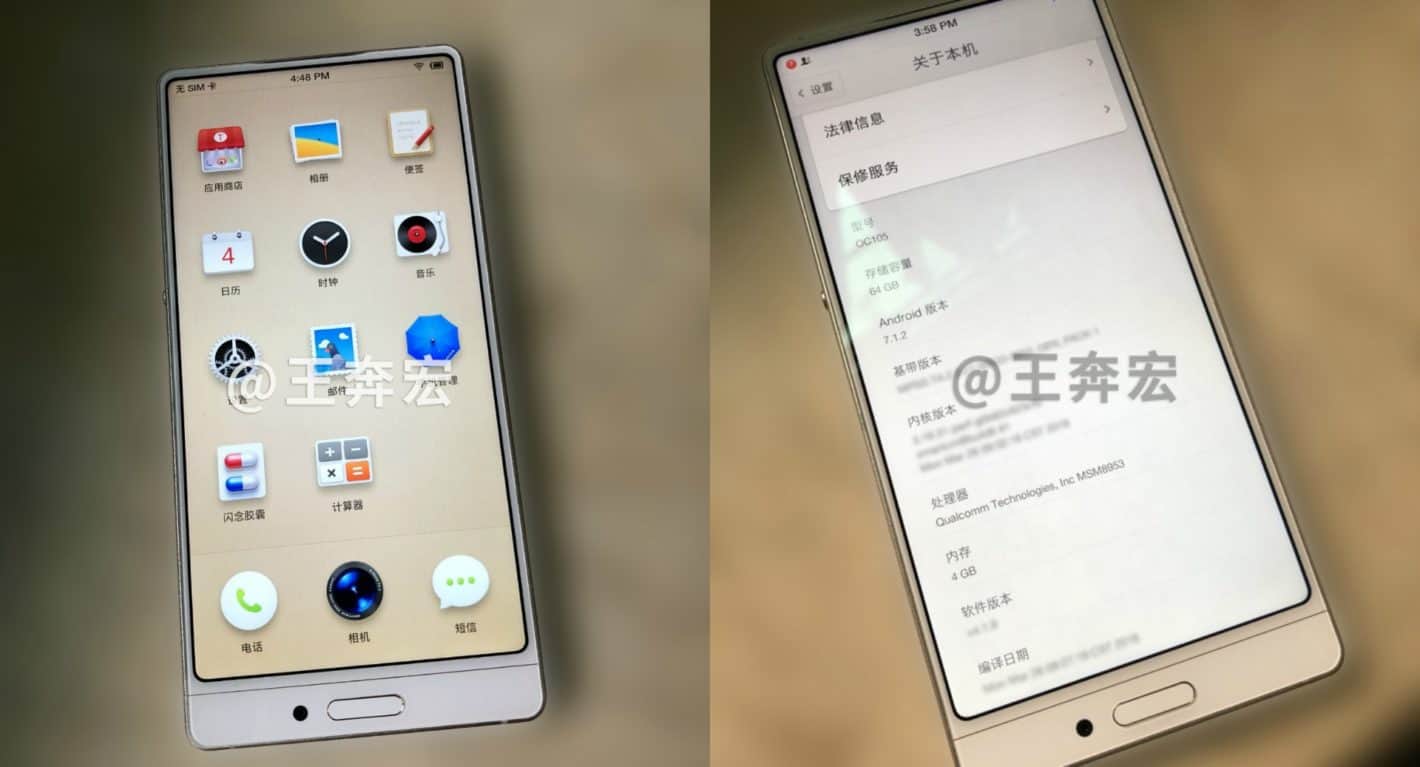 The Smartisan Nut 3 is set to come powered by Qualcomm's Snapdragon 625 processor according to recently leaked images of the device. In one image, which you can see above to the right, the display shows the about phone section which reveals a couple of pieces of information regarding the specs. One of those pieces of information is the CPU, which is listed as the MSM8953 from Qualcomm Technologies. That processor makes this a mid-range device, which is also reportedly paired with 4GB of RAM for the memory, and it'll all come running on Android 7.1.2 Nougat.

While the processor and RAM may be on par with other mid-range phones that are being released, the software is a bit behind as Oreo is already out and Google will be rolling out Android P later this year. In addition to the 4GB of RAM the device looks to have 64GB of internal storage space, which should be plenty of room for most users. It's not clear if the Smartisan Nut 3 will come with support for expandable storage, though it is possible. The phone will come in a Light Gold color as shown in the images but should also come in other colors as well to give consumers some options.

As suspected the Smartisan Nut 3 will be a "full-screen" device with very little bezels, though there will be some room just below the display for the fingerprint sensor/home button, as well as the front-facing camera, mimicking the design of Xiaomi's Mi MIX series of smartphones. Though it may look like a decent device and it probably won't cost consumers an arm and a leg, Smartisan is not a phone brand which you can buy in the U.S., so any consumers outside of China are unlikely to be able to get their hands on this phone, which is all well and good as it wasn't designed for global use.