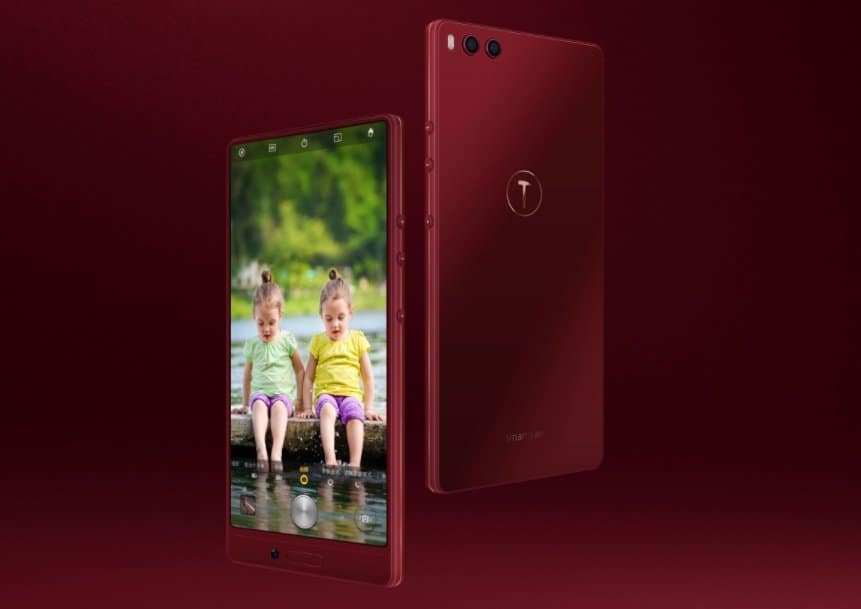 The Smartisan Nut 3 has been announced officially, and it sports a full-screen design with almost no bezels above the display. Due to the lack of bezels above the screen, the front-facing camera is located below the display beside the handset's fingerprint scanner. Users may find the power and volume buttons on the right side of the device, while the left side of the smartphone contains a button that can be customized by the user. The dual rear cameras of the handset and the LED flash are located near the upper left corner of the rear panel, while the logo of the device maker can also be found on the back of the smartphone.

The Smartisan Nut 3 is powered by the Snapdragon 625 chipset from the semiconductor firm Qualcomm. This SoC is comprised of an octa-core ARM Cortex A53 64-bit CPU and the Adreno 506 GPU. The device includes 4GB of RAM and it is available in variants that contain either 32GB, 64GB, or 128GB of internal flash storage, which could be expanded using a microSD card with a capacity of up to 128GB. The smartphone also includes a hybrid dual SIM card slot, which means that the handset can accept either two SIM cards or one SIM card and one microSD card at the same time. The device sports a 5.99-inch display with a resolution of 2,160 x 1,080 pixels and an aspect ratio of 18:9, and the screen is protected from scratches by a sheet of Corning Gorilla Glass 3. Aside from using the fingerprint scanner, users may also choose to unlock the device by utilizing the handset's Face Unlock technology. The dual rear cameras of the smartphone are equipped with two 13-megapixel sensors while the front-facing selfie camera has an 8-megapixel sensor. To keep its lights on, the handset contains a 4,000mAh battery and it supports Quick Charge 3.0 for quickly topping-up the device's battery. Software-wise, the Smartisan Nut 3 ships with Android 7.1.2 Nougat pre-installed, although the device maker's proprietary skin, Smartisan OS, runs on top of Google's operating system.

The device will go on sale on the manufacturer's official website starting on April 22, and the handset will be available in five color variants, namely the Red Wine, Carbon Black, and Light Gold variants. In addition, the smartphone will be available in red and black special edition colors. The base model of the device, which has 4GB of RAM and 32GB of internal flash storage, has a price tag of ¥1299 ($206), while the variant of the device with 64GB of internal flash storage is priced at ¥1599 ($254). The most expensive model with 128GB of storage, on the other hand, will cost the user ¥1999 ($317).