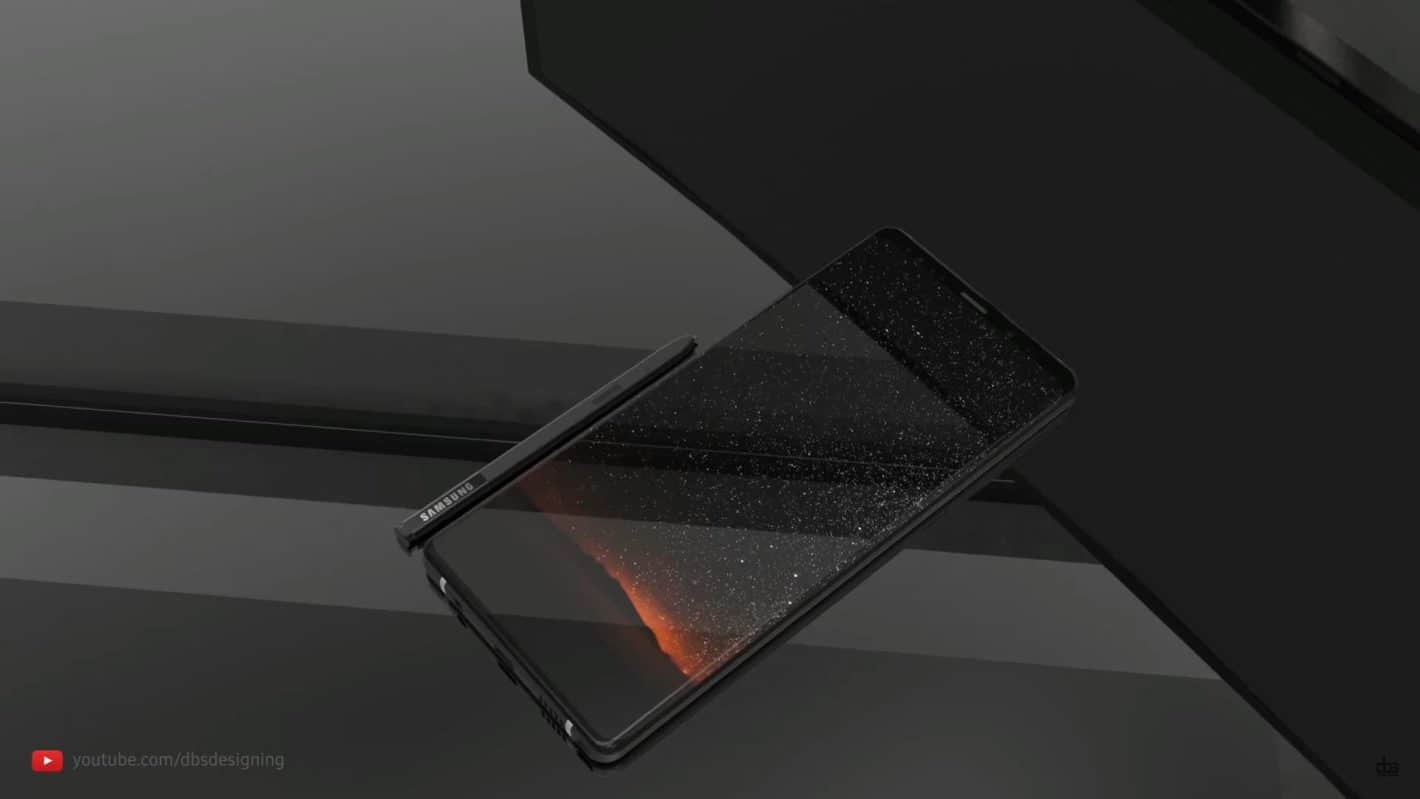 The Samsung Galaxy Note 9 is not scheduled to arrive for another couple of months, but a new concept design of the device has just surfaced on YouTube, courtesy of DBS DESIGNING. If you fire up the video clip which is embedded down below, you will be able to see this imaginary smartphone. That being said, many would say that this phone looks too good to be true in some ways, and that may as well be true, as concept designs usually are at least a bit unrealistic.

As you can see, this phone does include an S Pen stylus in the usual place, it is tucked away in the lower-right portion of the device. A 3.5mm headphone jack is included on the bottom of this Galaxy Note 9 concept, so is a Type-C USB port, and a loudspeaker. The phone's display sports curved sides, but those sides not curved by much. Speaking of which, bezels on this handset are almost non-existent, the thickest bezel is included above the display, while the phone sports a dual camera setup on the back. A fingerprint scanner is not visible here, at all, as it is imagined to be included below the display. A power / lock key can be found on the right-hand side of this imaginary phone, while the volume up, volume down and Bixby buttons sit on the left. The device itself is made out of metal and glass, just like Samsung's existing flagships, and the source also shared some specs to go along with this phone.

This concept handset features a 6.3-inch QHD+ Super AMOLED display, while it is also water resistant. The phone also packs in 8GB of RAM and 128GB of native storage, while Android P is imagined to be pre-installed on the device. Two 12-megapixel snappers are said to be on the back of this phone, while a single 8-megapixel camera sits on the device's front side. A 3,850mAh non-removable battery has also been mentioned in the concept video, and the same can be said for Bixby 2.0 and a face scanning feature.