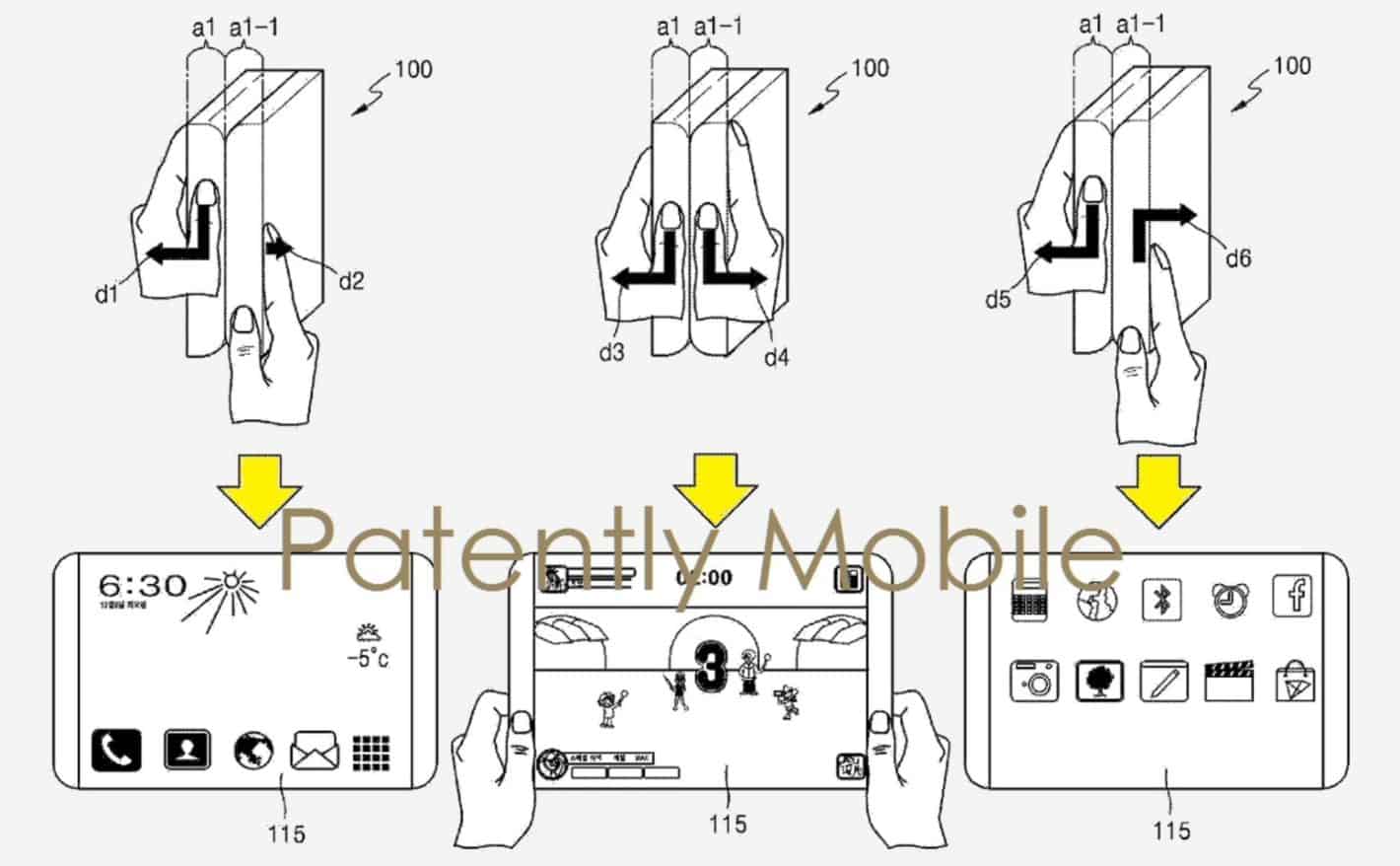 Following a review process that started in April of 2015, Samsung won a new patent on a foldable tablet design that's unconventional even in the context of bendable consumer electronics that companies have been patenting for years now. As of last week, the United States Patent and Trademark Office acknowledged the design that can be seen above as Samsung's own invention and while the written description of the concept is vague, its visual depictions reveal Samsung envisioned not a tablet that folds in half but one that's a multi-folding affair and can be made some 40-percent smaller by having two of its sides folded inward onto the screen itself.

One of the two foldable sides of the device has a physical keyboard on its back, allowing users to utilize the tablet as a more traditional laptop in portrait mode. When the gadget is fully folded, its display panel is protected by its sides which at least partially eliminates the need for a screen protector, whereas the back side of the foldable part of the screen that lacks a keyboard is capable of displaying notifications at a glance using an unspecified mechanism. The patent documentation mentions cellular capabilities and specifically states Samsung envisioned a tablet that would allow users to make phone calls, without elaborating on the matter.

The patent is yet another confirmation that Samsung has been drafting designs for foldable consumer electronics for years now, even though the company has yet to commercialize any such product. The widely reported Galaxy X may finally hit the market next year, with Samsung's officials recently publicly confirming the company is working on a foldable smartphone for the first time ever. While the South Korean tech giant has previously been expected to be the first OEM to deliver such a device, Huawei is now reportedly trying to beat it to the punch and is targeting a bendable handset release in November. The first generation of such mobile phones is likely to be akin to ZTE's Axon M, albeit with a more refined hinge, as per recent reports.